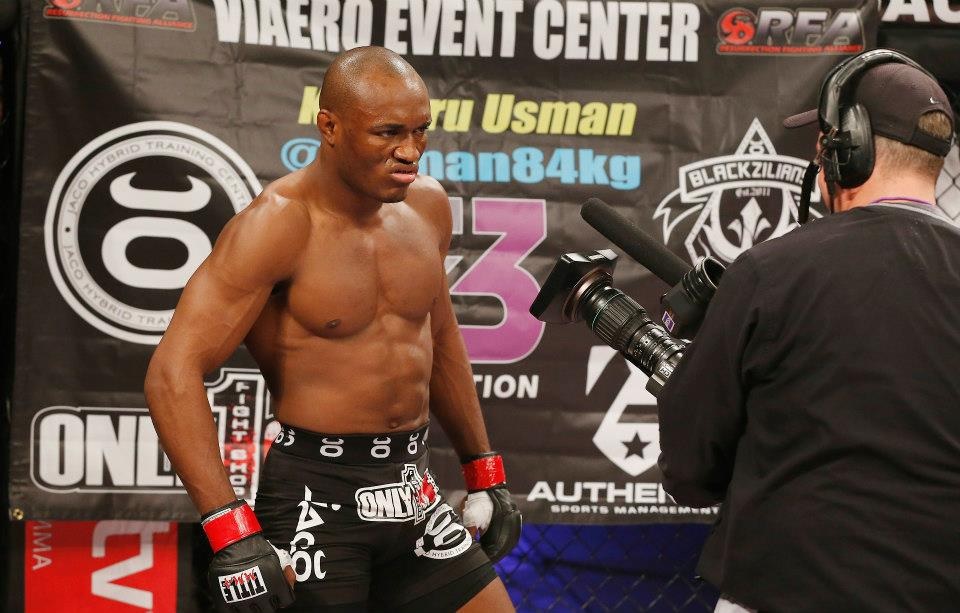 “It was exciting to see two more of our former fighters compete for UFC titles,” stated LFA CEO Ed Soares. “Our former fighters had won 9 straight fights in the UFC heading into UFC 235 and they continued to impress on Saturday. Kamaru Usman became our fifth former fighter to win a UFC title, while Pedro Munhoz knocked out former UFC champion Cody Garbrandt in the ‘Fight of the Night’ performance.”

Usman dominated Woodley from bell to bell. He out-landed the champion 336 to 60 in total strikes, which is a new record for a UFC title fight. He also set a new single-fight record for body strikes by landing 192. When it was all said and done, the judges awarded Usman a lopsided Unanimous Decision victory with score cards that read 50-44, 50-44, 50-45. The win also made Usman, who was born in Nigeria, Africa’s first UFC champion.

One other point of interest is that Usman and Munhoz actually made their respective RFA debuts at RFA 5 in back-to-back bouts on November 30th, 2012. Usman defeated David Glover via TKO, while Munhoz submitted Bill Kamery via Heel Hook. They continued their winnings ways once again Saturday night by picking up easily the biggest wins of their stellar careers.