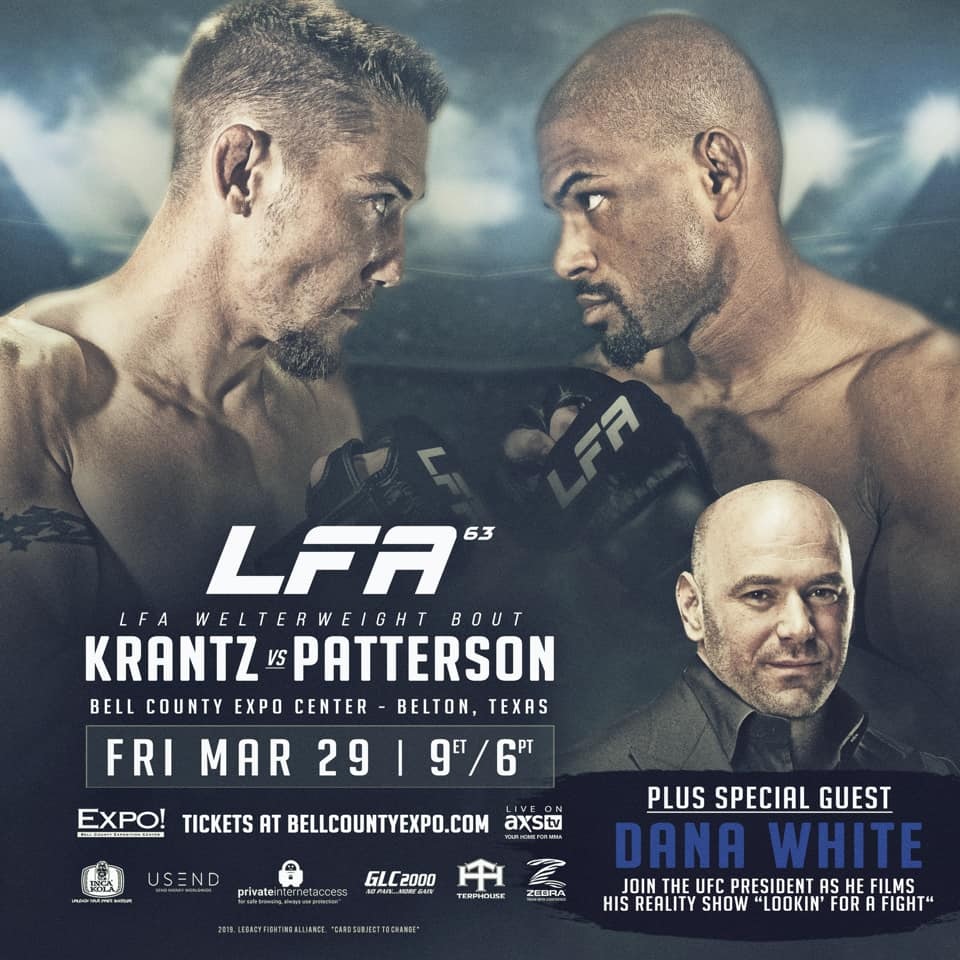 “I am very excited to announce that Dana White is coming to LFA 63 in Belton, Texas,” stated Soares. “He is coming to film his hit reality show ‘Lookin’ For A Fight’ looking to see who will be the next LFA alumni to enter the UFC!”

Tickets for LFA 63 – Krantz vs. Patterson are available for purchase NOW at BellCountyExpo.com.

LFA 63 will be the second LFA event to take place in the Centroplex of Texas. It will also be the sixteenth time that LFA has traveled to “The Lone Star State” of Texas. The entire main card of LFA 63 will be televised live and nationwide on AXS TV at 9 p.m. ET / 6 p.m. PT.