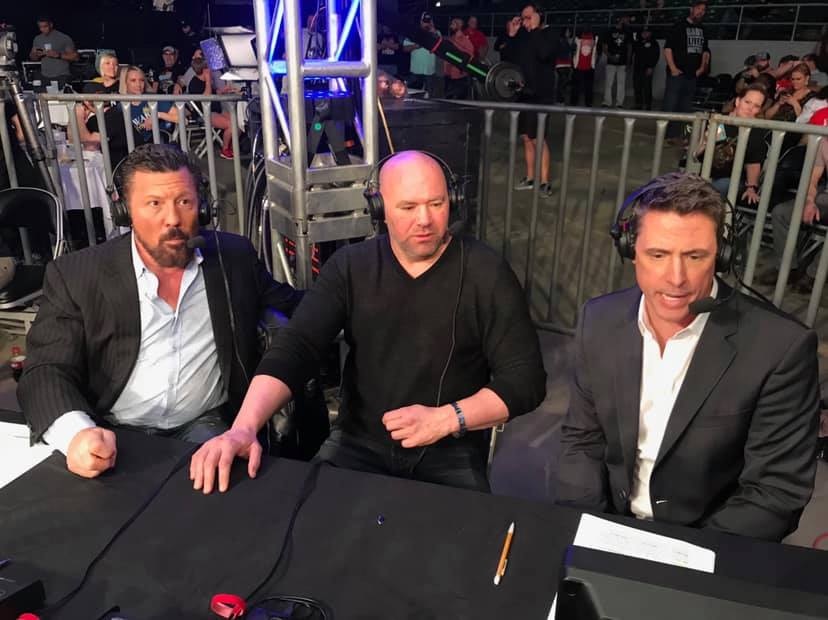 The event took place the Bell County Expo Center in Belton, Texas, which is located in the Centroplex of Texas. The main card was televised live and nationwide on AXS TV.

“We love having UFC President Dana White at our events,” stated LFA CEO Ed Soares. “He attended LFA 63 to film his hit reality show ‘Lookin’ For A Fight’. He picked a great event to come to as every fight on the card delivered from start to finish!”

LFA 63 delivered for the UFC boss as well as the thousands of fight fans that attended the event live in central Texas. The LFA 63 fight results are as follows.


– Derrick Krantz defeated Justin Patterson via KO (Punches) at 2:27 of Round 1.


– Gabriel Silva defeated Jake Heffernan via KO (Punches) at 1:23 of Round 1.


– Hailey Cowan defeated Sarah Click via Submission (Rear Naked Choke) at 1:29 of Round 2.


– Armando Villarreal defeated Devin Miller via KO (Ground n’ Pound) at 0:16 of Round 3.


– Nico Echeverry defeated Steve Jones via TKO (Head Kick and Punches) at 3:27 of Round 3.


– Melissa McCue defeated Sarah Foster via Submission (Triangle Choke) at 1:33 of Round 2.


– Jesse Fabila defeated Steffin Barrera via Submission (Standing Guillotine Choke) at 2:24 of Round 1.

LFA 63 will be the second LFA event to take place in the Centroplex of Texas. It will also be the sixteenth time that LFA has traveled to “The Lone Star State” of Texas. The entire main card of LFA 63 will be televised live and nationwide on AXS TV at 9 p.m. ET / 6 p.m. PT.