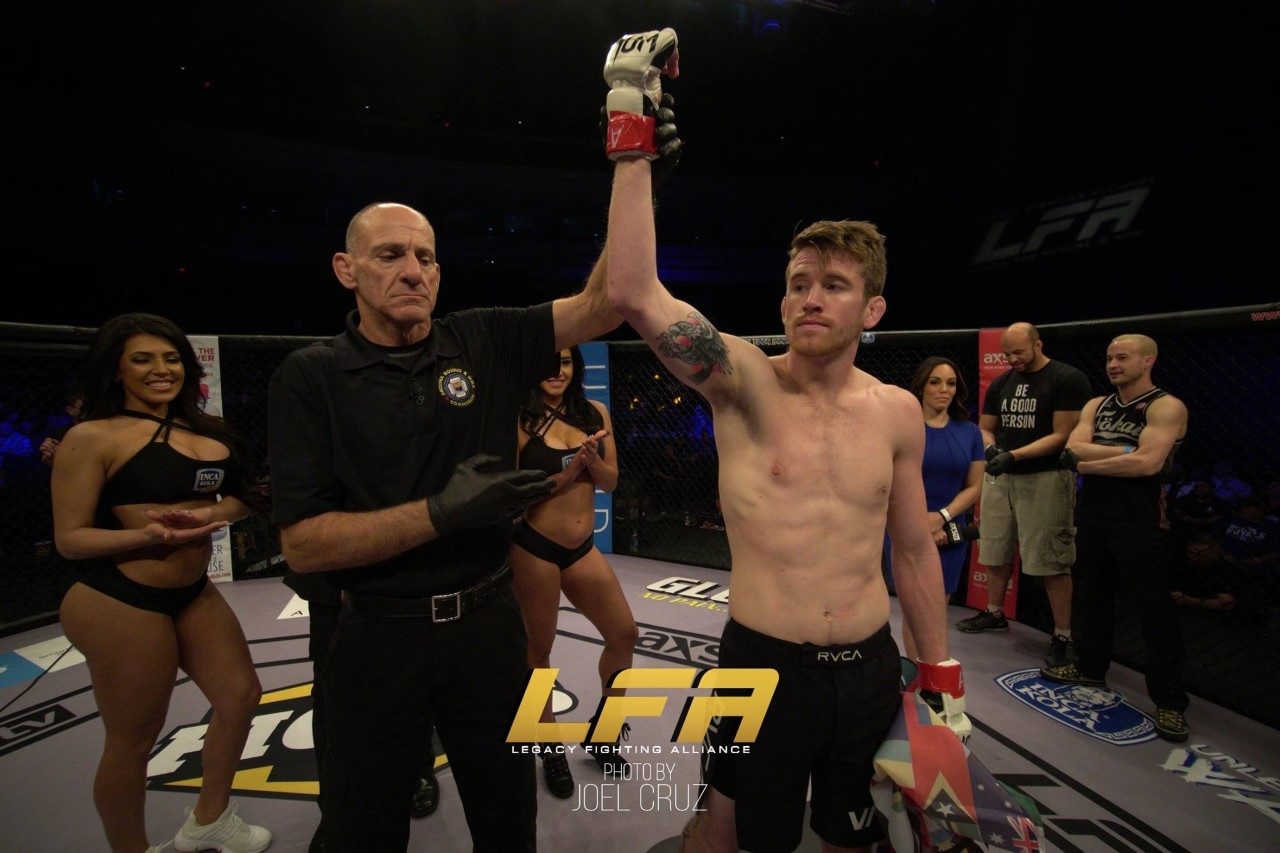 LAS VEGAS, Nevada — Legacy Fighting Alliance (LFA) and the two promotions that merged to create it, RFA and Legacy FC, have produced five UFC champions. It now has a red-hot alum in Cory Sandhagen that is looking to up that number to six!

“It was exciting to be there live in south Florida to see Cory Sandhagen continue his dominance in the UFC,” stated LFA CEO Ed Soares. “Our former fighters won five fights in the UFC in April and Sandhagen helped us finish the month strong on Saturday. He has now set himself up for a huge fight in the wide open and stacked UFC bantamweight division.”

Sandhagen executed what he considered an ideal game plan against perennial contender John Lineker. The bout was part of the main card of UFC Fight Night 150 in Sunrise, Florida, which was the eighth UFC event to be streamed on ESPN+. The Elevation Fight Team product played the role of matador, while forcing his dangerous Brazilian opponent to play the role of the bull.

Sandhagen was able to make his explosive, veteran opponent miss big on several power shots. He controlled most of the fight by using his reach to win most of the striking exchanges. This also nullified the threat of Lineker’s punching power by keeping him out of range. Sandhagen’s feints and pace visibly frustrated Lineker, who had no answer for the Coloradan’s creativity and volume. The judges awarded Sadhagen’s efforts with a Split Decision victory that read 29-28, 28-29, 29-28.

Sandhagen now holds a lofty overall record of 11-1. Three of those wins came in LFA, which is where his impressive, current win streak began. His final LFA win at LFA 31, which earned him a UFC contact, happened just eight days before his UFC debut win in January 2018. The Aurora, Colorado native also won a pair of bouts for RFA before the merger.