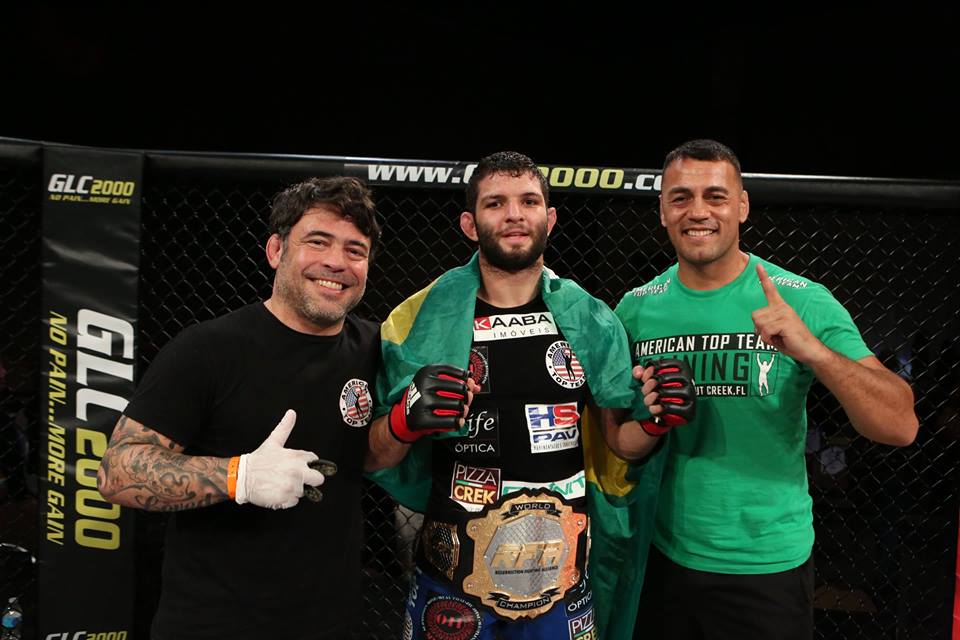 LAS VEGAS, Nevada — Legacy Fighting Alliance (LFA) and the two promotions that merged to create it, RFA and Legacy FC, had three former champions in action Saturday night at UFC 237 in Rio de Janeiro, Brazil and all three of the promotion’s former champions picked up big UFC wins.

“Three of our former champions picked up the key wins in the UFC on Saturday night,” stated Soares. “Ryan Spann, Thiago Moisés, and Raoni Barcelos were dominant in their fights at UFC 237 in Brazil and showed that the fighters we develop are among the best in the world .”

Inaugural LFA light-heavyweight champion Ryan “Superman” Spann wore his cape as he returned to Brazil at UFC 237. This is the country where he also won his UFC debut in September. Spann picked up the biggest win of his career by knocking out MMA legend Antonio Rogerio “Minotouro” Nogueira. The knockout came just over two minutes into their bout. The win was Spann’s sixth in a row and improved his UFC record to 2-0.

In the bout just prior to Spann’s win, former RFA lightweight champion Thiago Moisés picked up his first UFC win in dominant fashion. In fact, two of the three judges gave him 10-8 rounds with the final verdict reading 30-26, 30-26, 30-27. Coincidentally, Moisés won the RFA lightweight title during the RFA’s first trip to Utah at RFA 35 in 2016. He won the belt by submitting David Castillo with an ultra-rare Helicopter Armbar.

Raoni Barcelos got things started for the former champions. The former RFA featherweight champion picked up his third UFC win via TKO over Peruvian prospect Carlos Huachin. The finish came in the second round due to a big right hand followed by an onslaught of ground and pound. In the 10 months that Barcelos has been competing in the UFC, he has finished all three of his opponents.

LFA returns Friday, May 24th with LFA 67 – James vs. Martin. The main event will feature a heavyweight bout between hulking one-punch knockout artists Daniel James and Patrick Martin. The event will take place at the Branson Convention Center in Branson, Missouri. The main card will be televised live and nationwide on AXS TV at 9 p.m. ET / 6 p.m. PT.