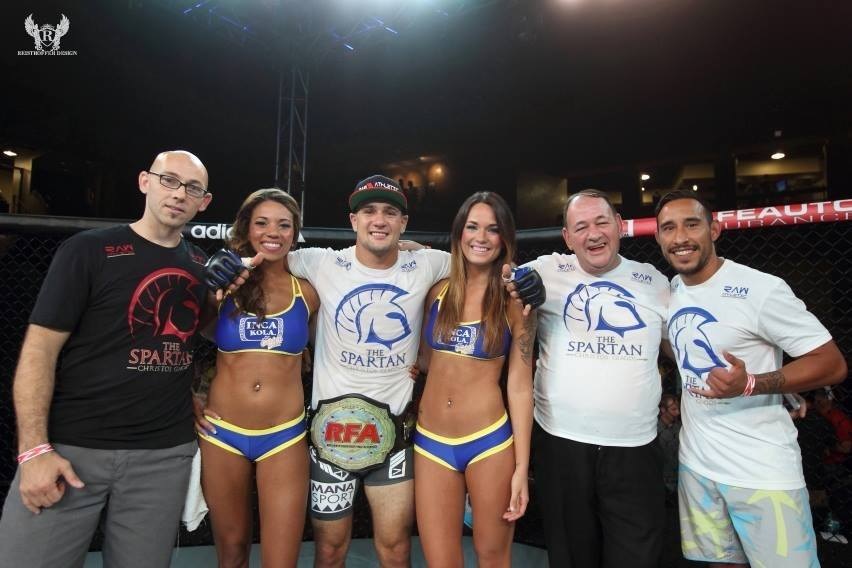 LFA alumni sweep in Sweden; they go 3-0 at UFC: Stockholm

“Three of our former headliners picked up the big wins in the UFC on Saturday,” stated LFA CEO Ed Soares. “Anthony Smith, Christos Giagos, and Devin Clark were all betting underdogs in their fights at UFC Fight Night 153 in Sweden and they all ended up getting their hand raised.”

RFA headliner Anthony “Lionheart” Smith was back to his winning ways on Saturday after dropping a decision in his title fight against UFC light-heavyweight champion Jon Jones at UFC 235 in March. Smith traveled into hostile territory to face Alexander Gustafsson, the most famous Swedish fighter of all time. Their bout served as the main event of the UFC’s sixth event in Sweden. Smith was able to submit the three-time UFC title challenger via Rear Naked Choke in Round 4. After the fight, Gustafsson laid his gloves in the center of the Octagon and proclaimed “The show is over.”

This marked the end to the Swede’s impressive career, while earning Smith a $50,000 Performance of the Night bonus. It also extended Smith’s uncanny streak of retiring UFC veterans. Starting at RFA 30 in September 2015, Smith has secured victories over UFC veterans Brock Jardine, Josh Neer, Elvis Mutapcic, Rashad Evans, and Gustafsson that resulted in their retirement from the sport. Evans was recently inducted into the UFC Hall of Fame and Gustafsson will likely be joining him.

Another RFA champion was victorious on the undercard, which aired on ESPN 2. That would be none other than the inaugural RFA light-heavyweight champion Devin “Brown Bear” Clark. The powerful South Dakotan earned a Unanimous Decision win over surging Serbian prospect Darko Stosic. Clark used a similar game plan as Giagos by utilizing his strong wrestling background to dish out punishment and score points. The final scores read 29-28, 29-28, 29-28. The win was Clark’s fourth inside the UFC Octagon and snapped a 9-fight win streak for Stosic.

Coincidentally, Giagos and Clark both made their RFA debuts at RFA 17, which took place back in August 2014. They both won their fights that night via TKO. RFA 17 took place in Clark’s hometown of Sioux Falls, South Dakota and served as the state’s first sanctioned MMA event. Giagos and Clark would also become the inaugural RFA champions of their respective divisions, lightweight and light-heavyweight.

LFA returns this Friday, June 7th with LFA 69 – Pérez vs. Moreno. The main event will feature a flyweight title fight between LFA flyweight champion Maikel Pérez and UFC veteran Brandon Moreno. The event will take place at the Morongo Outdoor Pavilion at the Morongo Casino, Resort & Spa in Cabazon, California . The main card will be televised live and nationwide on AXS TV at 10 p.m. ET / 7 p.m. PT.