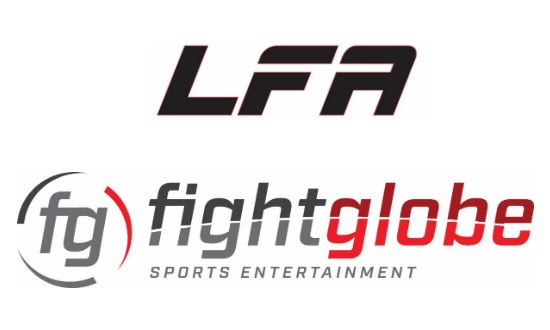 “I am excited to announce the partnership between LFA and FIGHT GLOBE,” stated Ed Soares, CEO of LFA. “LFA is the world’s #1 premier developmental organization in MMA and FIGHT GLOBE is one of the world’s largest independent distributors of MMA content. This will help grow the LFA brand on a global scale, while giving our fighters worldwide visibility.”

FIGHT GLOBE is a worldwide leader for the distribution of MMA and kickboxing content with offices located in The Netherlands, United Arab Emirates, and Malaysia. It owns, manages, and distributes television media rights with a sterling reputation among sports federations, promoters, and rights holders from around the world. FIGHT GLOBE represents some of the most influential combat sports events from all over the globe.

“We are very excited for this new partnership with LFA,” stated Sabine Kesseler, CEO of FIGHT GLOBE. “LFA is one of the Top MMA promoters in the United States with a great roster of professional fighters. Plus, their event production is always on point and we are very proud to work with them.”

In 2017, RFA and Legacy FC merged to form LFA, the premier developmental organization in Mixed Martial Arts. The combined forces of LFA launched the careers of over 170 athletes that have reached the pinnacle of MMA by competing in the UFC. In May 2018, the promotion joined the London Trust Media Holdings group of companies. In November 2019 the promotion announced a broadcast partnership with UFC FIGHT PASS®.

About FIGHT GLOBE:
FIGHT GLOBE (FightGlobe.com), an Athletic Sports Group company, is the number one independent distributor of MMA and kickboxing content worldwide. It owns, manages and distributes television media rights and has established an exemplary track record in distributing TV and media rights for sports federations, promoters and rights holders. FIGHT GLOBE represents some of the most popular and influential combat sports events from all over the globe. Annually FIGHT GLOBE distributes over 300 live combat sports programming, ancillary fight sports content and hundreds of hours of archived content to broadcasters, in more than 150 countries across the world reaching 1 billion-plus households.