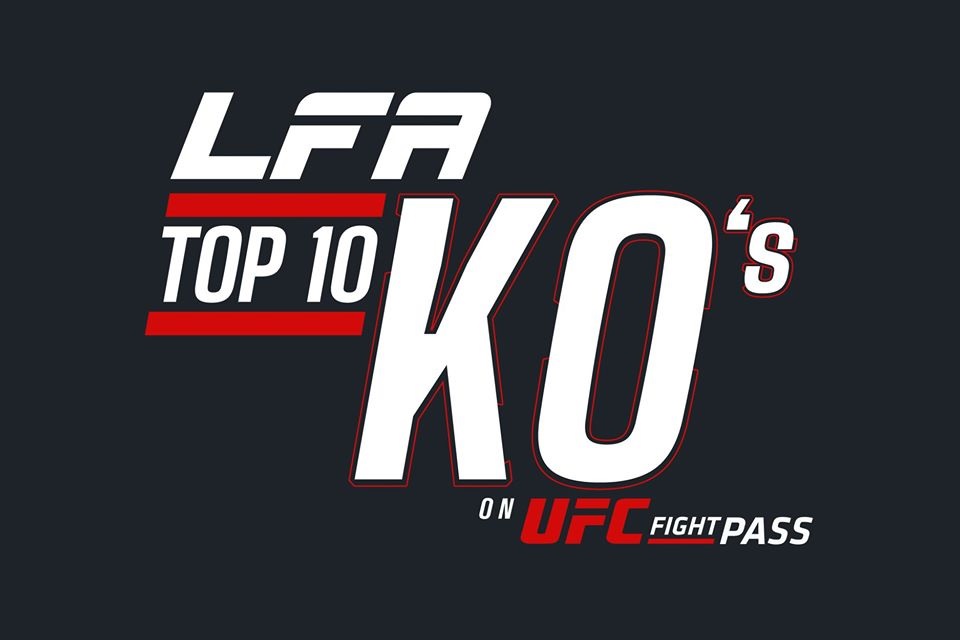 LAS VEGAS, Nevada – LFA has been been waiting out the Coronavirus (COVID-19) pandemic since businesses and live sporting events around the world were forced to come to a halt in mid-March. Now the LFA is ready to celebrate the Top 10 Knockouts of its UFC FIGHT PASS® era as the industry leader in MMA returns as the first major sports entity to be back in business with UFC 249 in Jacksonville, Florida.

“I am excited for the debut of the LFA Top 10 Knockouts of the UFC FIGHT PASS era,” stated LFA CEO Ed Soares. “We have enjoyed six live events on UFC FIGHT PASS since signing an exclusive broadcast deal with the UFC last fall. The Top 10 knockouts from those six events are now available for fight fans to watch in an action-packed compilation video narrated by LFA commentator Ron Kruck.”

This debut episode served as a lead-in to the highly-anticipated return of live sports at UFC 249. The half-hour episode features some of the most talented MMA prospects in the sport, which includes two fighters that have already made their debut in UFC. Three others have already received invitations to compete this summer on Dana White’s Contender Series.