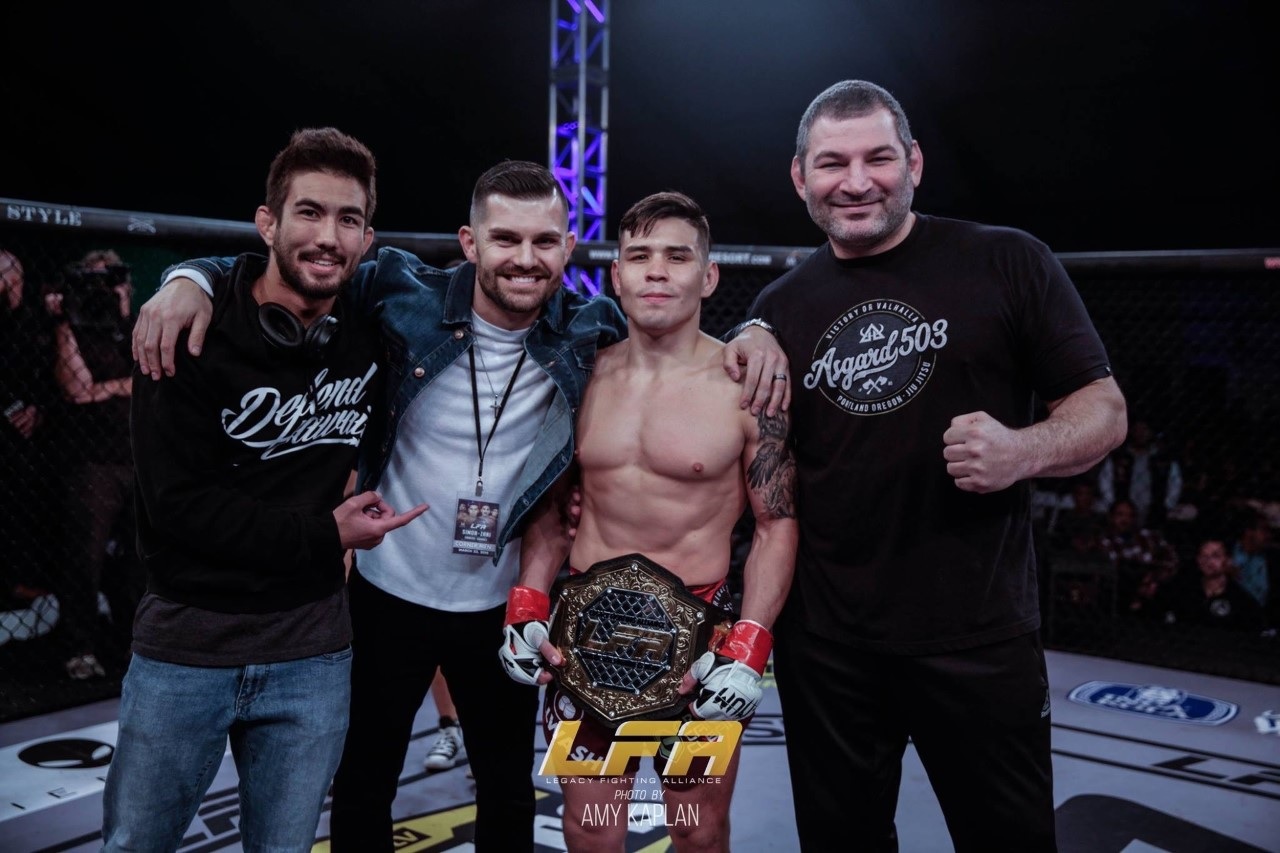 LAS VEGAS, Nevada – LFA has been been waiting out the Coronavirus (COVID-19) pandemic since businesses and live sporting events around the world were forced to come to a halt in mid-March. However, the UFC became the first major sports entity to be back in business with UFC 249 in Jacksonville, Florida over the weekend. On that card, four LFA alumni competed and each of them got their hand raised. Now a dozen more LFA alumni will be looking for similar success as the UFC hosts two more events in the northeastern Florida city over the next four days. All three of these events have been closed to the public behind closed doors as a safety precaution due to the pandemic.

“It was great to see the UFC bring live sports back to the world over the weekend with UFC 249,” stated LFA CEO Ed Soares. “We have all been struggling through these devastating times and this brought some normalcy back to the world. It was an added bonus to see four of our former fighters go 4-0 with impressive performances at the event. I am now looking forward to the 12 other LFA alumni that are also set to compete in the UFC over the next four days.”

One of the former fighters that won at UFC 249 was former Legacy FC standout, Olympic wrestling gold medalist, and two-division UFC champion Henry Cejudo. The man known as “Triple C” successfully defended his UFC bantamweight title in the co-main event with a second round TKO victory over former division kingpin Dominick Cruz. Cejudo then abruptly announced his retirement from the sport after the bout, which brings an end to one of the most decorated careers in combat sports history.

Former LFA heavyweight and NFL Pro Bowl defensive end Greg Hardy kicked off the pay-per-view main card by picking up his sixth career win. The win came against highly-touted prospect Yorgan De Castro, who entered the bout undefeated at 6-0. Hardy adapted as the fight went on to pick up the Unanimous Decision victory and third win inside the UFC Octagon.

Two other LFA alumni picked up impressive decision victories to kick off the early preliminary card, which was televised live on ESPN.

RFA and Legacy FC alumnus Bryce Mitchell dazzled fight fans watching around the world with his innovative and relentless grappling prowess. The proud Arkansas native and undefeated featherweight improved his record to 13-0 with a dominant Unanimous Decision win over Charles Rosa. Unofficially, “Thug Nasty” earned 13:59 of ground control time in the 15-minute bout.

The first fight of the night (and win) in nearly two months, belonged to former LFA light-heavyweight champion Ryan Spann. The tall and rangy fighter known as “Superman” earned a hard-fought Split Decision over Sam Alvey to pick up his fourth UFC win to remain unbeaten in the UFC Octagon. More importantly, the win earned Spann a spot in the UFC rankings for the first time in his career.

LFA now has a dozen more fighters set to compete in the UFC over the next four days. The first seven will be Anthony Smith, Alexander Hernandez, Ricky Simón, Ray Borg, Thiago Moisés, Hunter Azure, and Ike Villanueva who are on tap for today’s event, which will be headlined by Smith and features a bantamweight “superfight” of sorts pitting Simón against Borg.

Then on Saturday, Dan Ige, Eryk Anders, Anthony Hernandez, Kevin Holland, and Don’Tale Mayes will be in action. Out of that group, Hernandez and Holland will also be locking horns, creating what we would consider a “superfight” between LFA standouts at both of these events.