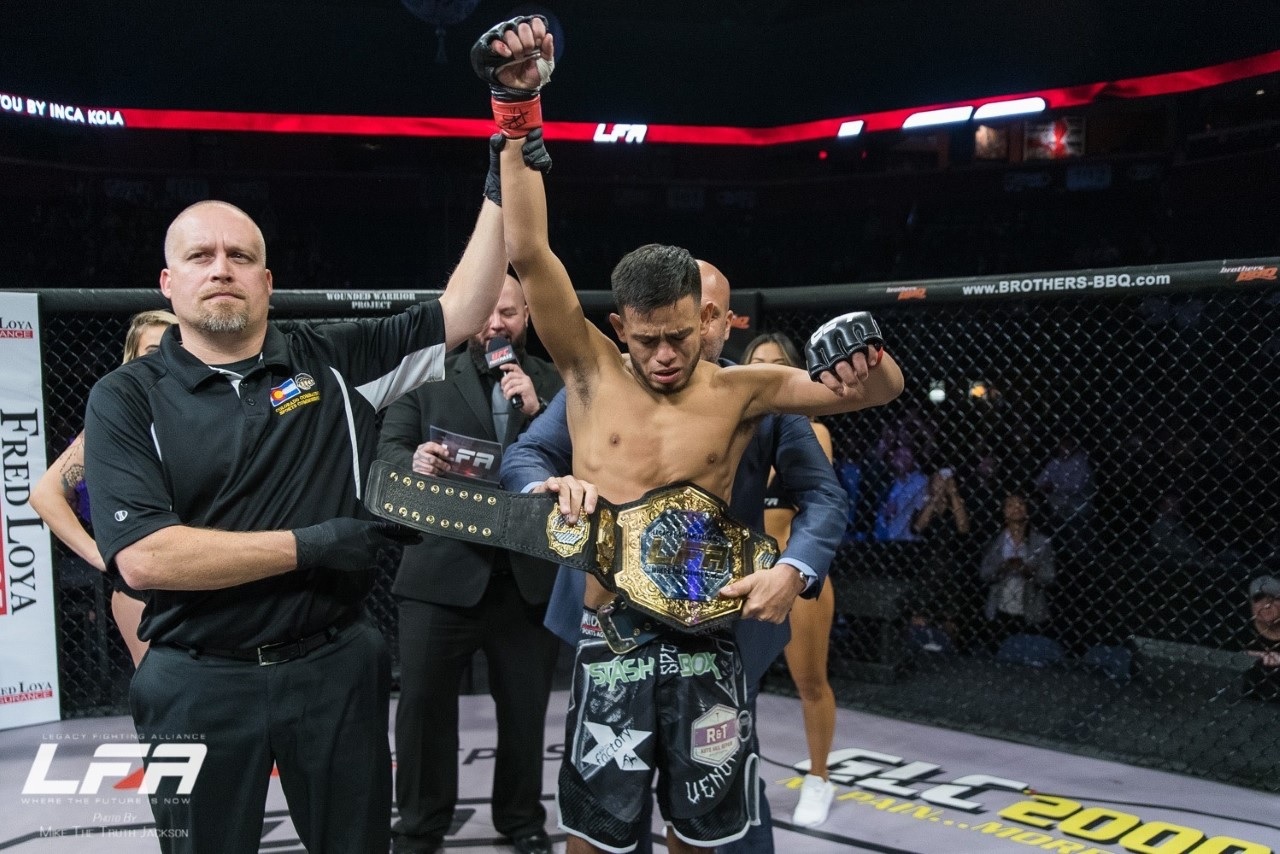 LAS VEGAS, Nevada – LFA and the rest of the world’s sporting events came to a halt in mid-March due to the Coronavirus (COVID-19) pandemic. However, the UFC became the first major sports entity to come back earlier this month with three events that took place in Jacksonville, Florida.

Now the UFC is returning home with closed-door events at the UFC APEX in Las Vegas, Nevada. The first of a series of events scheduled to take place at their home base this summer is set for this Saturday. It will be televised live on ESPN.

“It was great to see the UFC bring live sports back to the world earlier this month,” stated LFA CEO Ed Soares. “This brought a sense of normalcy back to the world during a devastating time. This weekend we now get to see our most recent champion to get signed by the UFC, Brandon Royval, make his debut alongside five other LFA alumni.”

The event features the UFC debut of Royval, who is the most recent LFA alumni to get signed by the UFC. Interestingly, he will be facing Elliott, who is the first fighter the promotion sent to the UFC under the RFA umbrella. Elliott was signed by the UFC eight years ago after picking up wins over Jens Pulver and Josh Rave at RFA 1 and RFA 2.