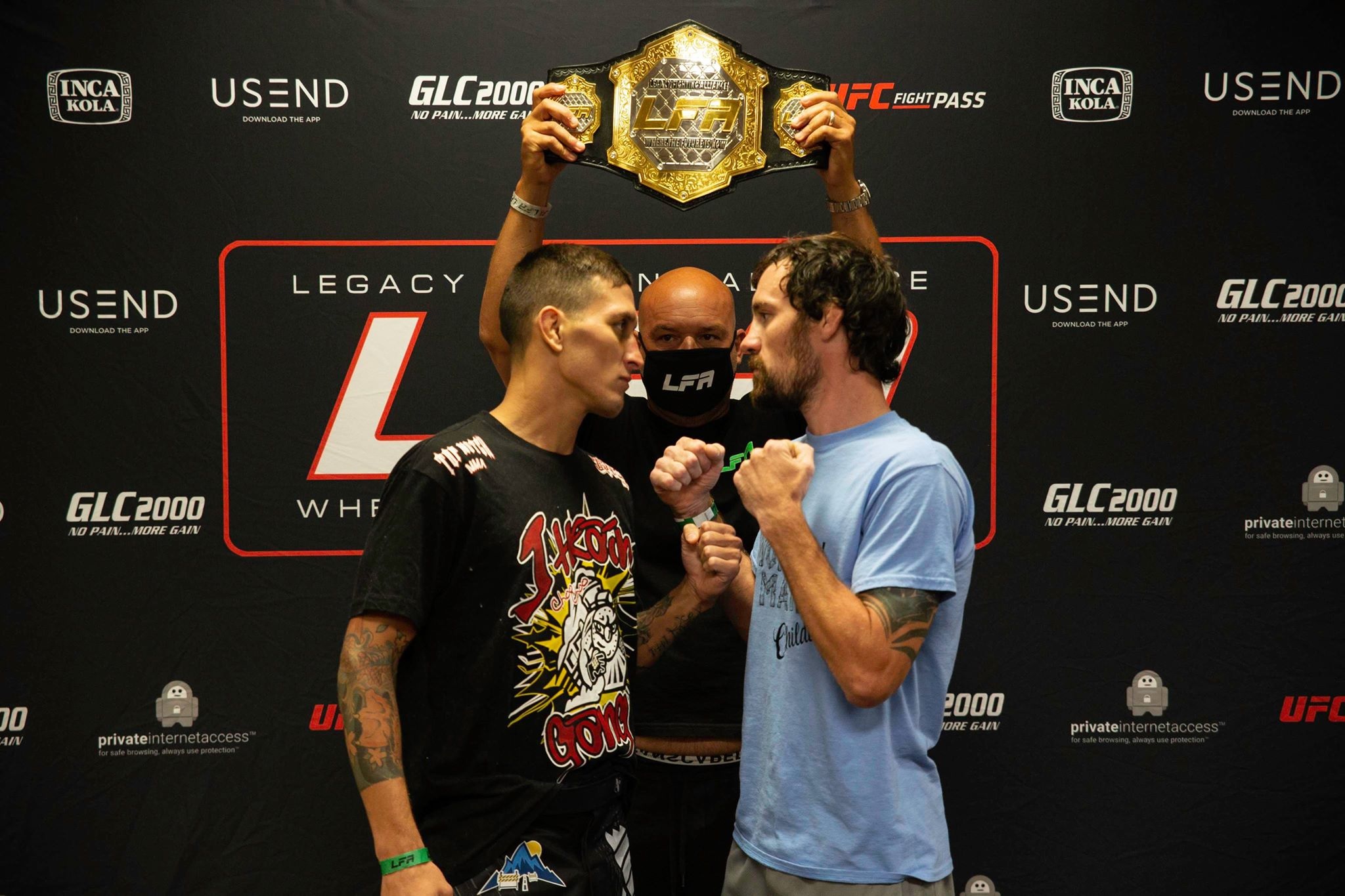 The main event will feature an explosive featherweight world title fight between top undefeated prospects Justin “J-Train” Gonzales (10-0) and Jake “The Workin’ Man” Childers (8-0). LFA 84 will be a closed-door event that will take place inside the Sanford Pentagon in Sioux Falls.

LFA and Sanford Pentagon officials implemented strict health codes, safeguards, and Coronavirus (COVID-19) testing protocols throughout the week. In accordance with these guidelines, the LFA 84 fight card underwent some late changes. Three LFA athletes, Andre Fialho, Tyler Ray, and Natan Levy, were removed from the event for precautionary reasons after contact tracing determined that they were in close contact with people who recently tested positive for Coronavirus (COVID-19). Two of these close contact incidents did not occur in Sioux Falls, while the third incident was contained on site after a close contact incident was detected by event officials.

All of the remaining athletes competing at LFA 84 have tested negative for Coronavirus (COVID-19). LFA 84 will now proceed with four bouts, which includes the featherweight world title fight in the main event. Kassius Kayne and Maycon Mendonça, who were scheduled to fight Fialho and Ray respectively, will now face each other in the new welterweight co-main event of LFA 84.