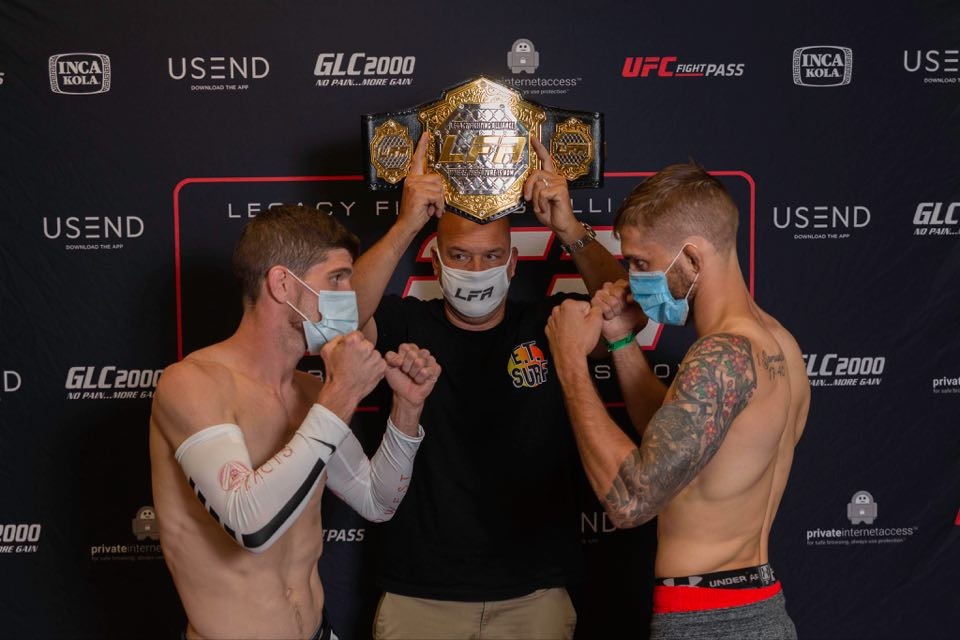 LAS VEGAS, NV – On Thursday, July 23rd, LFA hosted the weigh-in for LFA 86: Fischer vs. Flick from the Holiday Inn Sioux Falls – City Centre in Sioux Falls, South Dakota. The main event will feature the LFA flyweight world title fight between top prospects Greg Fischer (10-1) and Jimmy “The Brick” Flick (13-5). LFA 86 will be a closed-door event that will take place inside the Sanford Pentagon in Sioux Falls. The entire fight card will be available tomorrow night LIVE on UFC FIGHT PASS® at 9 p.m. ET / 6 p.m. PT.

Only one fighter, Fabio Cherant, missed weight. He weighed-in at 213.6 pounds for his scheduled light-heavyweight bout with Erick Murray Jr. Both teams agreed to terms and the bout will continue. LFA 86 will proceed with seven bouts, which includes the flyweight world title fight in the main event.