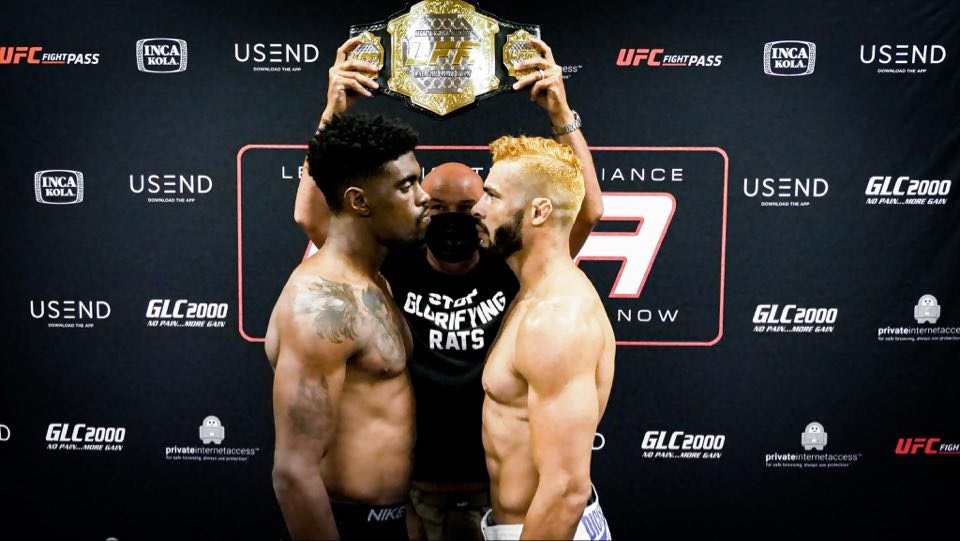 Andre Fialho and Tresean Gore both withdrew from their bouts in the middle of Fight Week, which did not leave enough time to find and clear suitable replacements for Austin Jones and Nick Maximov.

LFA and Sanford Pentagon officials implemented strict health codes, safeguards, and Coronavirus (COVID-19) testing protocols throughout the week. In accordance with these guidelines, one athlete competing on the undercard of LFA 88 has been removed from the card after not passing these protocols.

Every fighter, except Gláucio Eliziário, made their contracted weight when they stepped on the scales. Eliziário was given extra time to make weight, but was unable. He will now forfeit a portion of his purse to his opponent Aaron McKenzie. LFA 88 will proceed with four televised bouts, which includes the welterweight world title fight in the main event.