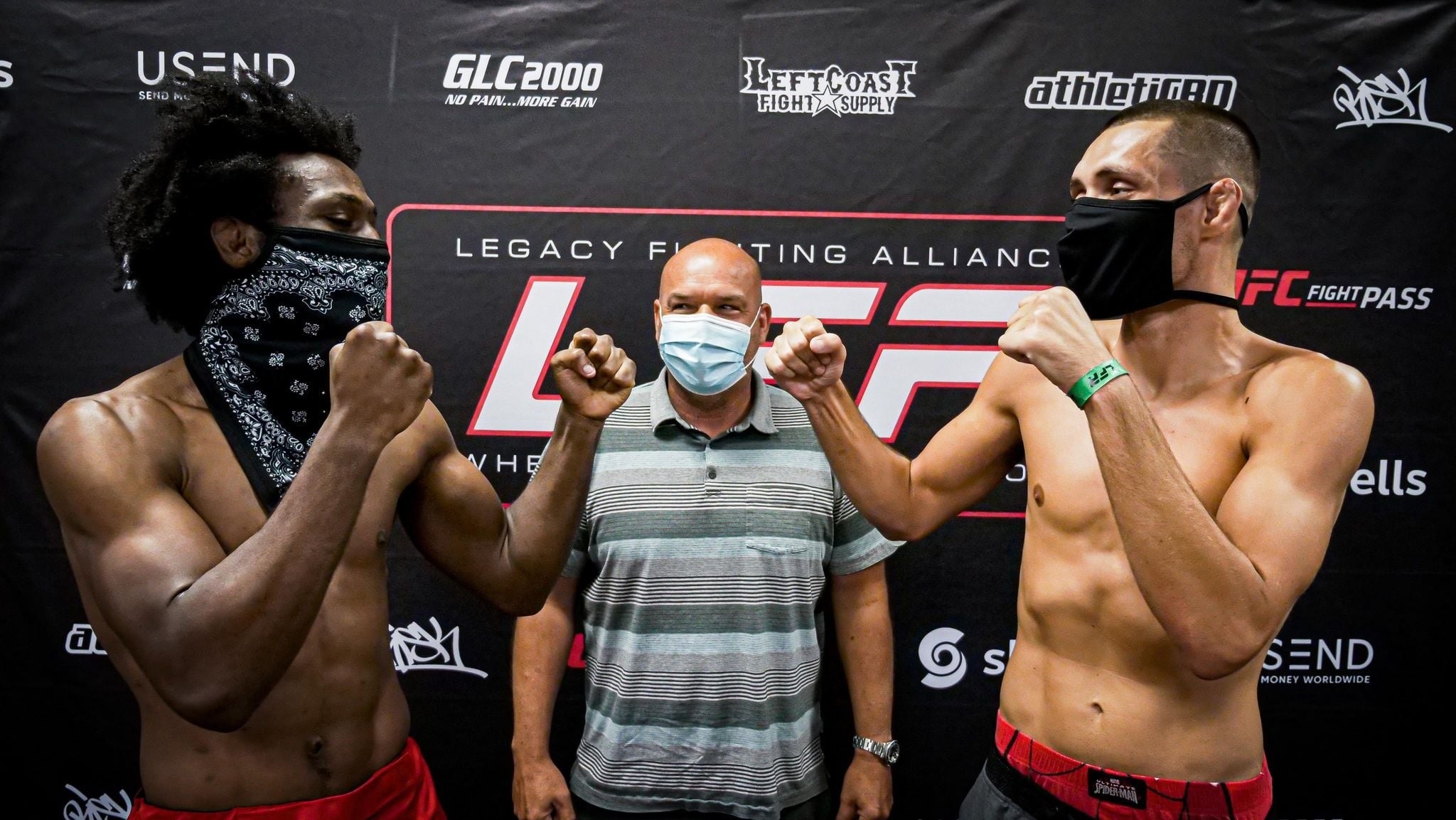 LAS VEGAS, NV – On Thursday, August 27th, LFA hosted the weigh-in for LFA 89: Moore vs. Giannetti from the Holiday Inn City Centre in Sioux Falls, South Dakota. The main event will feature a high-stakes lightweight showdown between division standouts Brant Moore (7-1) and Joe Giannetti (9-2-1). LFA 89 will be a closed-door event that will take place inside the Sanford Pentagon in Sioux Falls. The main card will be available tomorrow night LIVE on UFC FIGHT PASS® at 9 p.m. ET / 6 p.m. PT.

There have been two late changes made to the LFA 89 fight card. The lightweight bout between Abdul-Kareem Al-Selwady and Konnor Kuppe has been removed from this card and will be rebooked at a later date.

The other change also came in the lightweight division. After completing Wednesday’s fighter check-in requirements, Jessy Ebrecht was a no-show at the LFA 89 weigh-in. This left Slava Borshchev without an opponent.

Every fighter made their contracted weight when they stepped on the scales. LFA 89 will proceed with six televised bouts, which includes the lightweight showdown in the main event .