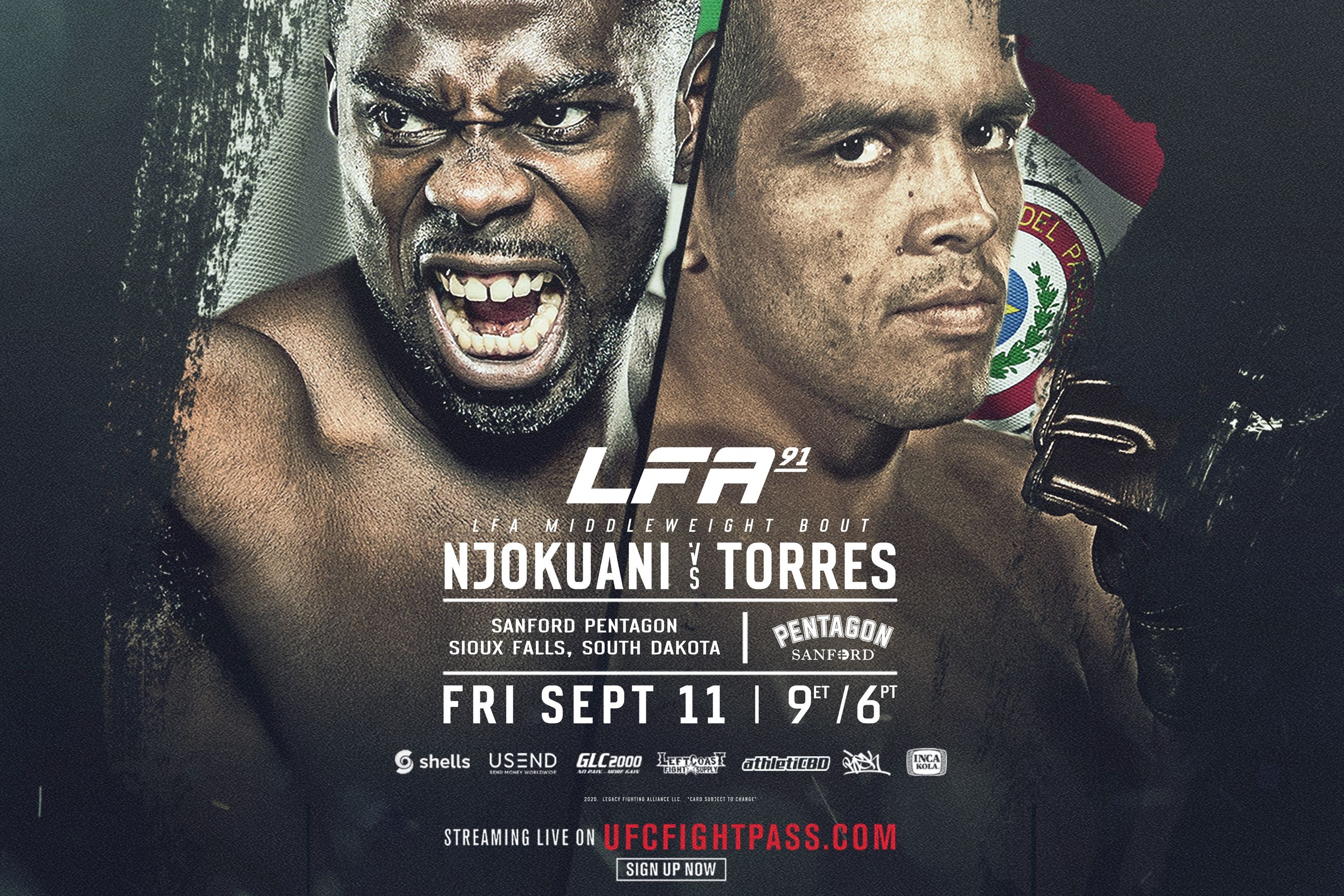 PLUS THE RETURN OF

LAS VEGAS, Nevada — LFA returned to action in July with four events in four weeks. Each event featured a world title fight and helped usher in a new era of live sports entertainment amid the Coronavirus (COVID-19) pandemic. LFA followed that with two successful August events to kick off Phase 2 of its 2020 comeback.

Now the promotion is set to host its second September event to conclude Phase 2. This event, like the seven before it, will take place behind closed-doors and adhere to strict health codes, safeguards, and testing protocols that have been put in place for the safety of the fighters, cornermen, and event staff.

“We are excited to conclude our summer residency in South Dakota with a stacked fight card at LFA 91,” stated LFA CEO Ed Soares. “We are grateful for our partnership with Sanford Health. It allowed us to establish a safe fight campus for our fighters and staff during a difficult year. During our time in South Dakota, our platform as the top developmental organization in the world broke a single-month record for fighters getting signed by the UFC. On Friday, we will conclude Phase 2 of our comeback with a middleweight headliner between knockout artists Chidi Njokuani and Cristian Torres. The card will also feature the return of former LFA title challengers Kyle Stewart, Jamal Pogues, and Tim Hiley as well as top prospect Hailey Cowan.”

The main event of LFA 91 will feature a middleweight showdown between two of the most exciting knockout artists in the division. Chidi “Chidi Bang Bang” Njokuani (18-7) and Cristian “Masacre” Torres (15-10) bring a combined 50 fights of experience into this headliner with both having earned 10 victories each via KO or TKO. Njokuani will join a small group of fighters to have fought under the LFA, RFA, and Legacy banners. His last eight fights have also been featured on the main card of Bellator events with five of those bouts receiving main event or co-main event status. Njokuani will face a dangerous Paraguayan fighter, who has fought twice for LFA at 205-pounds. Cristian “Masacre” Torres showed the world how he got his nickname in his LFA debut, which he made on 4 days’ notice at LFA 46. Torres proceeded to knock out Dana White’s Contender Series vet Dashawn Boatwright with a highlight reel uppercut in the first round of their fight.

In 2017, RFA and Legacy FC merged to form LFA, the premier developmental organization in Mixed Martial Arts. The combined forces of LFA launched the careers of over 190 athletes that have reached the pinnacle of MMA by competing in the UFC. In 2018, the promotion joined the Imperial Family Companies group (formerly London Trust Media). In 2019, the promotion announced a broadcast partnership with UFC FIGHT PASS®.