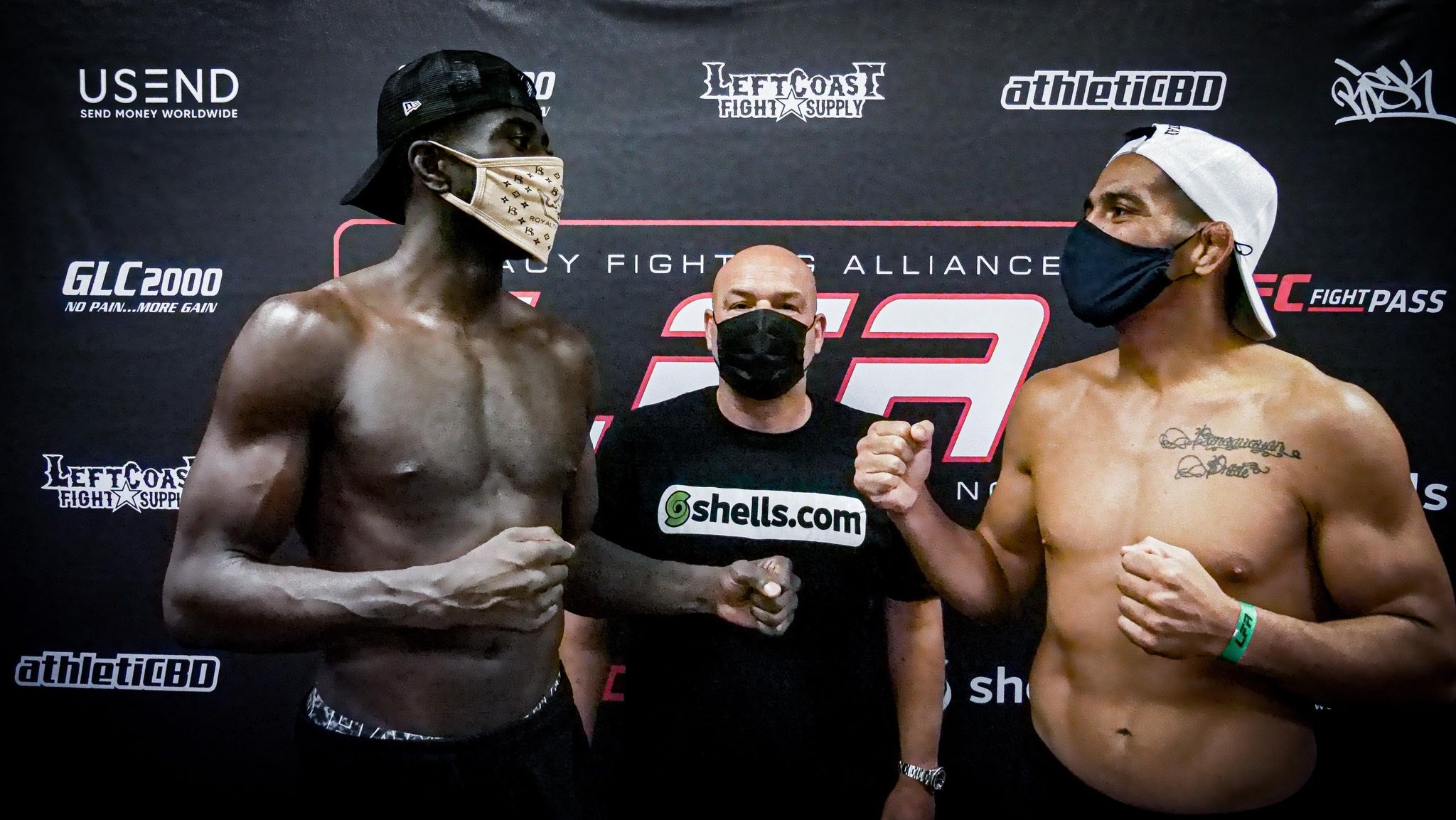 PLUS THE RETURN OF

LAS VEGAS, NV – On Thursday, September 10th, LFA hosted the weigh-in for LFA 91: Njokuani vs. Torres from the Holiday Inn Sioux Falls – City Centre in Sioux Falls, South Dakota. The main event will feature an explosive middleweight showdown between knockout artists Chidi Njokuani (18-7) and Cristian Torres (15-10). LFA 91 will be a closed-door event that will take place inside the Sanford Pentagon in Sioux Falls. The main card will be available tonight LIVE on UFC FIGHT PASS® at 9 p.m. ET / 6 p.m. PT.

Every fighter, except Cristian Torres, made their contracted weight when they stepped on the scales. Torres will now forfeit a portion of his purse to his opponent Chidi Njokuani. LFA 91 will proceed with eight bouts, which includes the aforementioned main event.