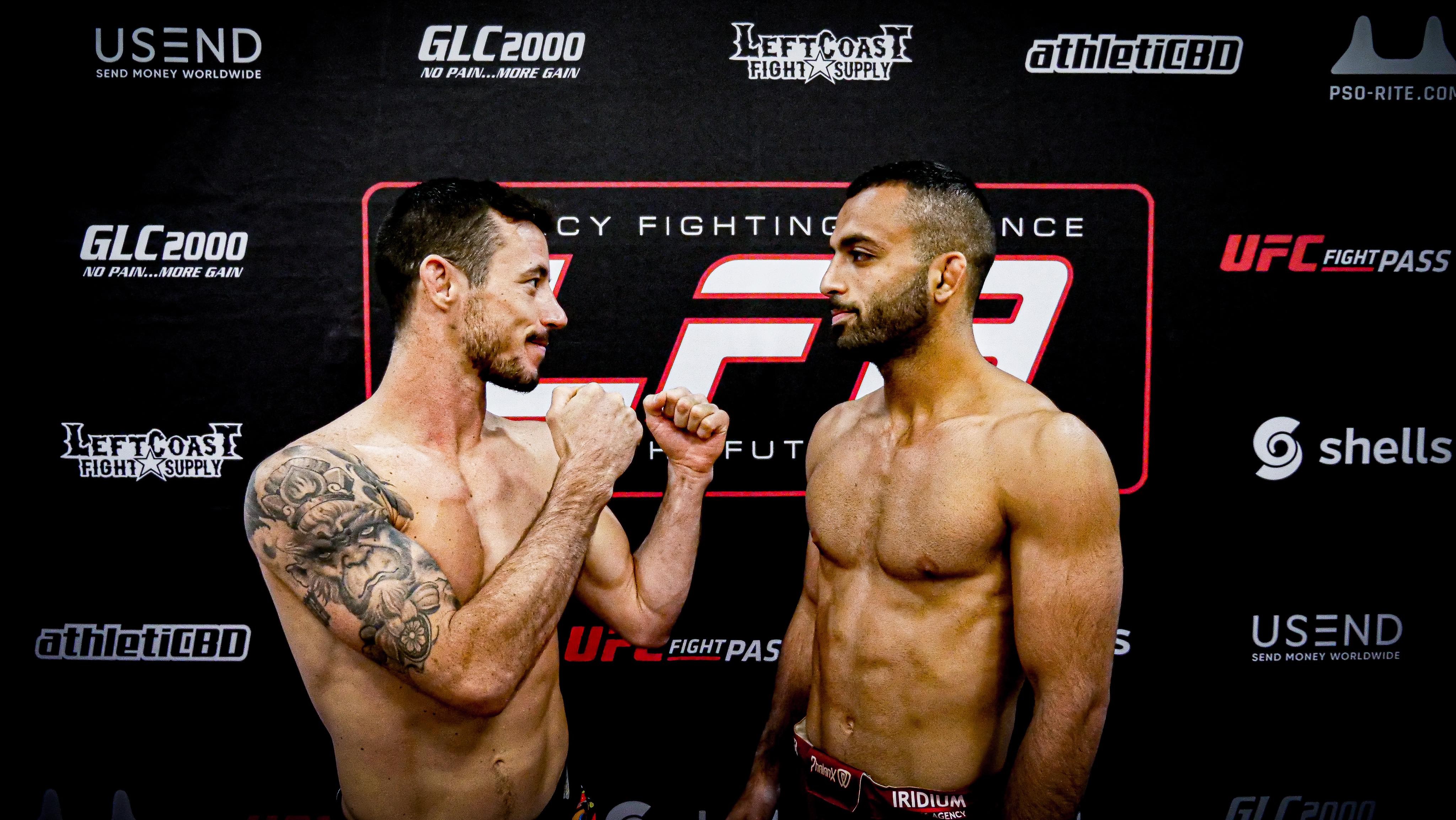 LAS VEGAS, NV – On Thursday, October 1st, LFA hosted the weigh-in for LFA 92: Wirth vs. Askar from the Holiday Inn – Wichita East in Wichita, Kansas. The main event will feature a high-stakes bantamweight showdown between top prospects Kevin “Mr. Nice Guy” Wirth (8-1) and Askar Askar (10-1). LFA 92 will be a closed-door event that will take place inside the Hartman Arena in Park City, Kansas, which is a suburb of Wichita. The main card will be available tomorrow night LIVE on UFC FIGHT PASS® at 9 p.m. ET / 6 p.m. PT.

LFA officials implemented strict health codes, safeguards, and Coronavirus (COVID-19) testing protocols throughout the week. In accordance with these guidelines, the featherweight bout between Justin Wetzell and Jordan Mapa has been removed from LFA 92.

Every fighter made their contracted weight when they stepped on the scales. LFA 92 will proceed with seven televised bouts, which includes the bantamweight showdown in the main event.