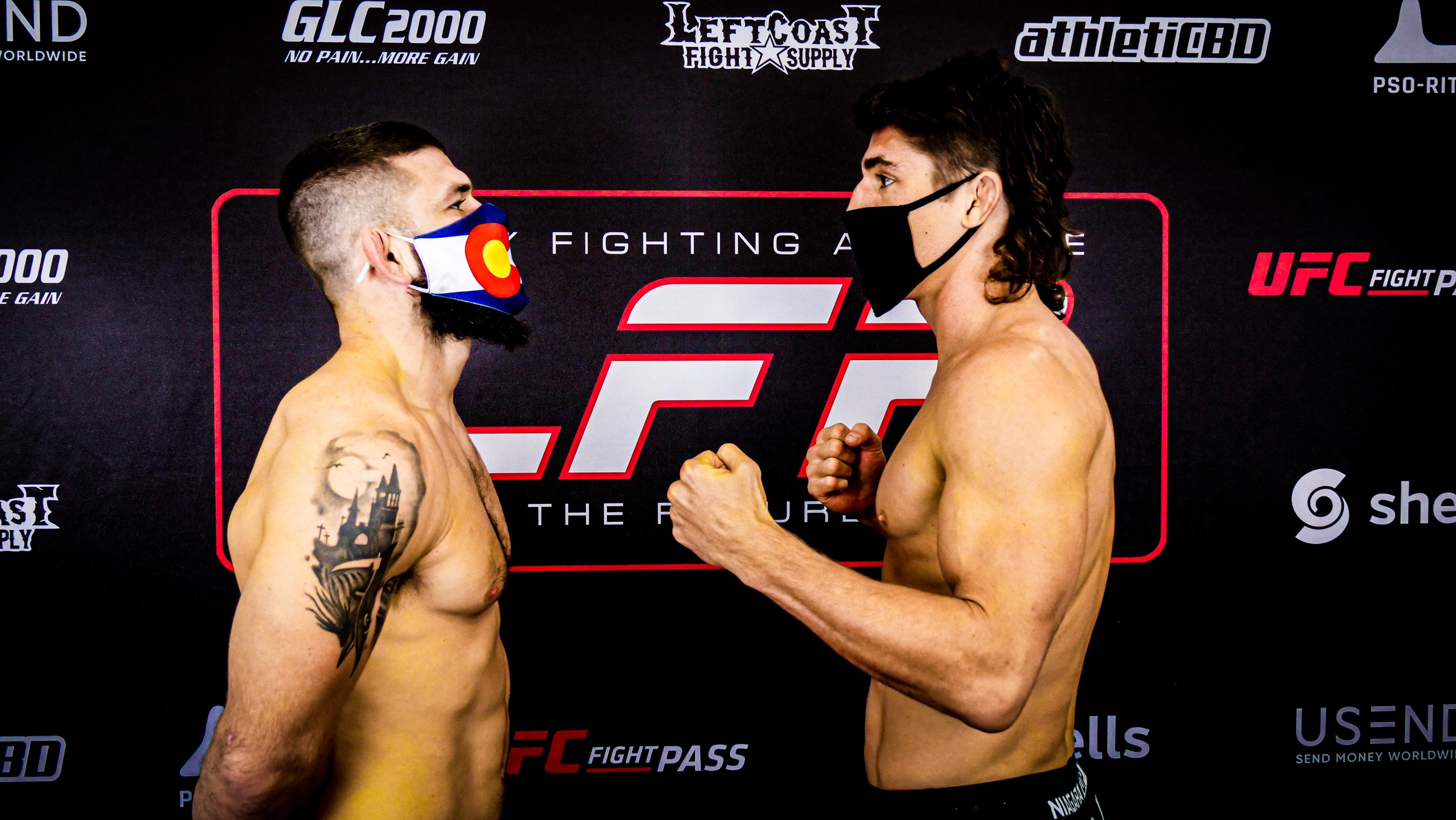 LAS VEGAS, NV – On Thursday, October 15th, LFA hosted the weigh-in for LFA 93: Petroski vs. Jeffery from the Holiday Inn – Wichita East in Wichita, Kansas. The main event will feature a continental middleweight showdown between top American prospect Andre Petroski (5-0) and top Canadian prospect (8-2). LFA 93 will be a closed-door event that will take place inside the Hartman Arena in Park City, Kansas, which is a suburb of Wichita. The main card will be available tomorrow night LIVE on UFC FIGHT PASS® at 9 p.m. ET / 6 p.m. PT.

Every fighter, except Antonio Jones, made their contracted weight when they stepped on the scales. Jones will now forfeit a portion of his purse to his opponent Josh Fremd. LFA 93 will proceed with nine bouts, which includes the middleweight showdown in the main event.