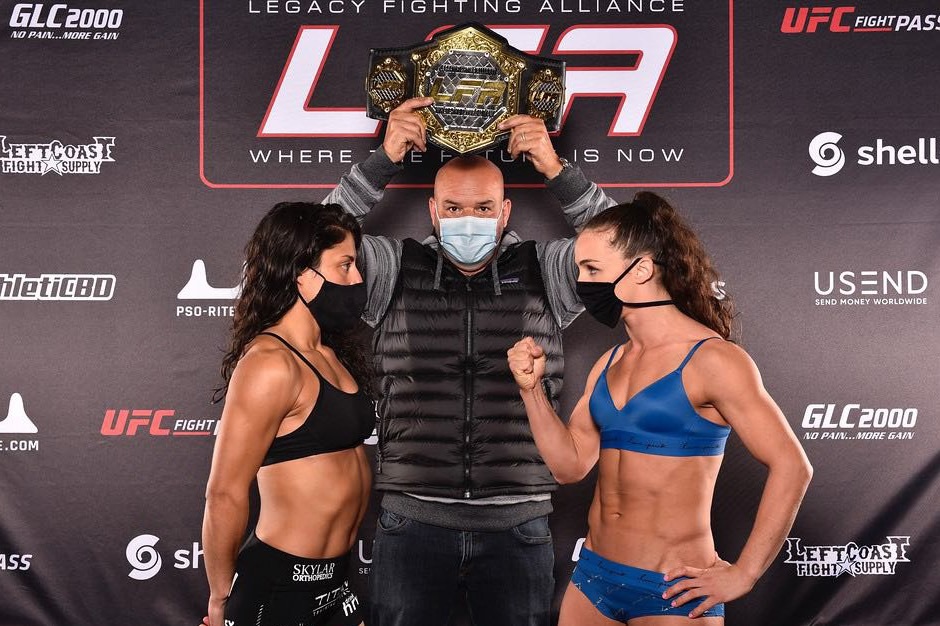 All, but three fighters, made their contracted weight when they stepped on the scales. Joe Giannetti, Chase Gibson, and Ryan Hayes missed the mark and will now forfeit a portion of their purses to their opponents. LFA 94 will proceed with eight bouts, which includes the Women’s Strawweight World tTtle fight in the main event.