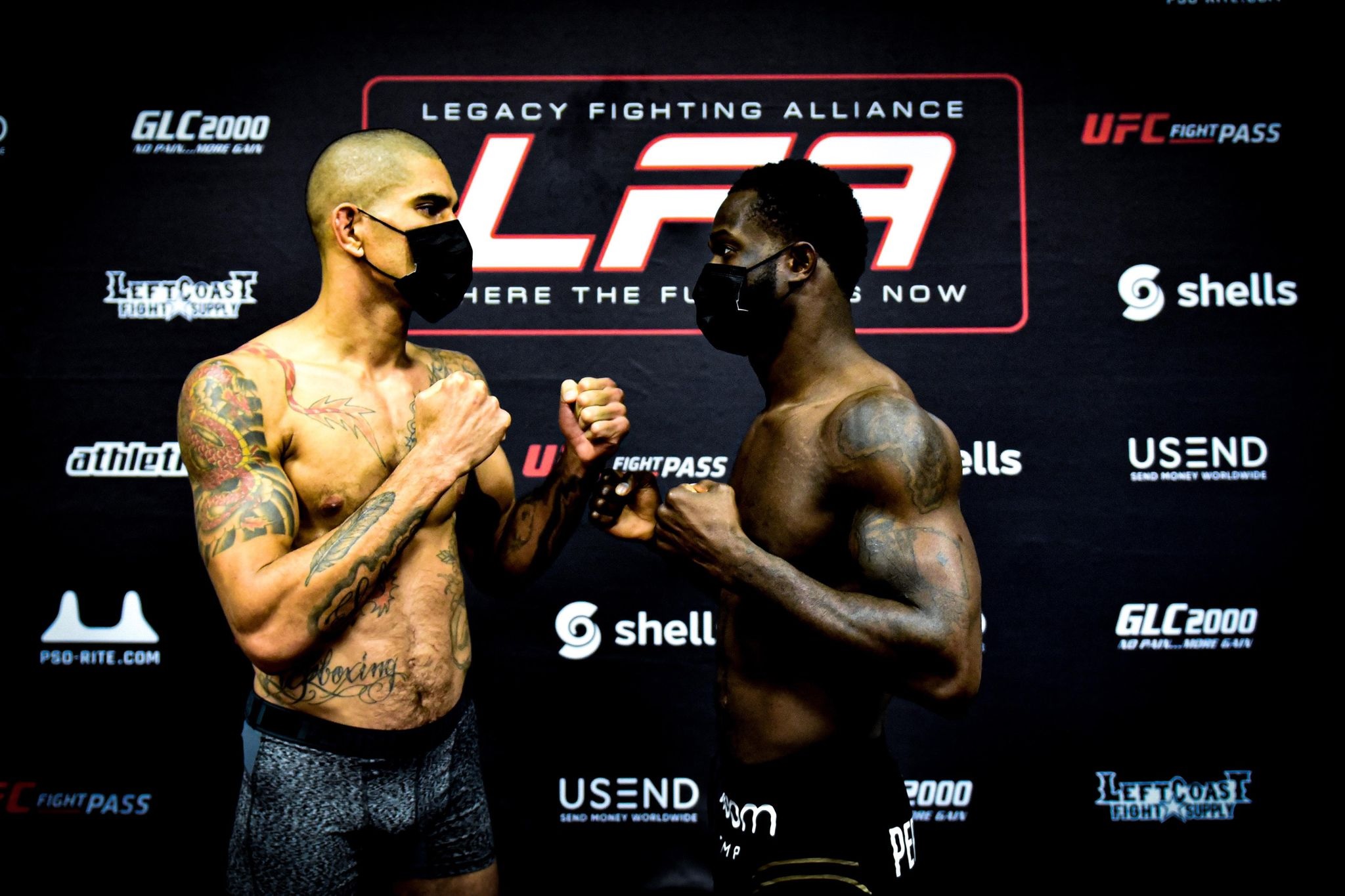 LAS VEGAS, NV – On Thursday, November 19th, LFA hosted the weigh-in for LFA 95: Pereira vs. Powell from the Holiday Inn – Wichita East in Wichita, Kansas. The main event will feature a middleweight showdown between GLORY Kickboxing two-division champion Alex “Poatan” Pereira (2-1) and Liberian powerhouse Thomas “Diamond” Powell (4-4). LFA 95 will take place inside the Hartman Arena in Park City, Kansas, which is a suburb of Wichita. The main card will be available tomorrow night LIVE on UFC FIGHT PASS® at 9 p.m. ET / 6 p.m. PT.

LFA officials implemented strict health codes, safeguards, and Coronavirus (COVID-19) testing protocols throughout the week. In accordance with these guidelines, three bouts have been removed from LFA 95. Those bouts include the lightweight title fight between Nick Browne and Arthur Estrázulas, the featherweight bout between Michael Stack and Jordan Mapa, and the preliminary card bout between Kevin Kissane and Isaiah Diggs.

All, but three fighters, made their contracted weight when they stepped on the scales. Dylan Potter, Guilherme Santos, and Flore Hani missed the mark. Potter and Santos will forfeit a portion of their purses to their opponents, while Hani’s bout with Tabatha Ricci has been removed from the card after Hani weighed-in 4 pounds over the contracted weight limit. LFA 95 will proceed with five bouts, which includes the highly anticipated middleweight showdown in the main event.