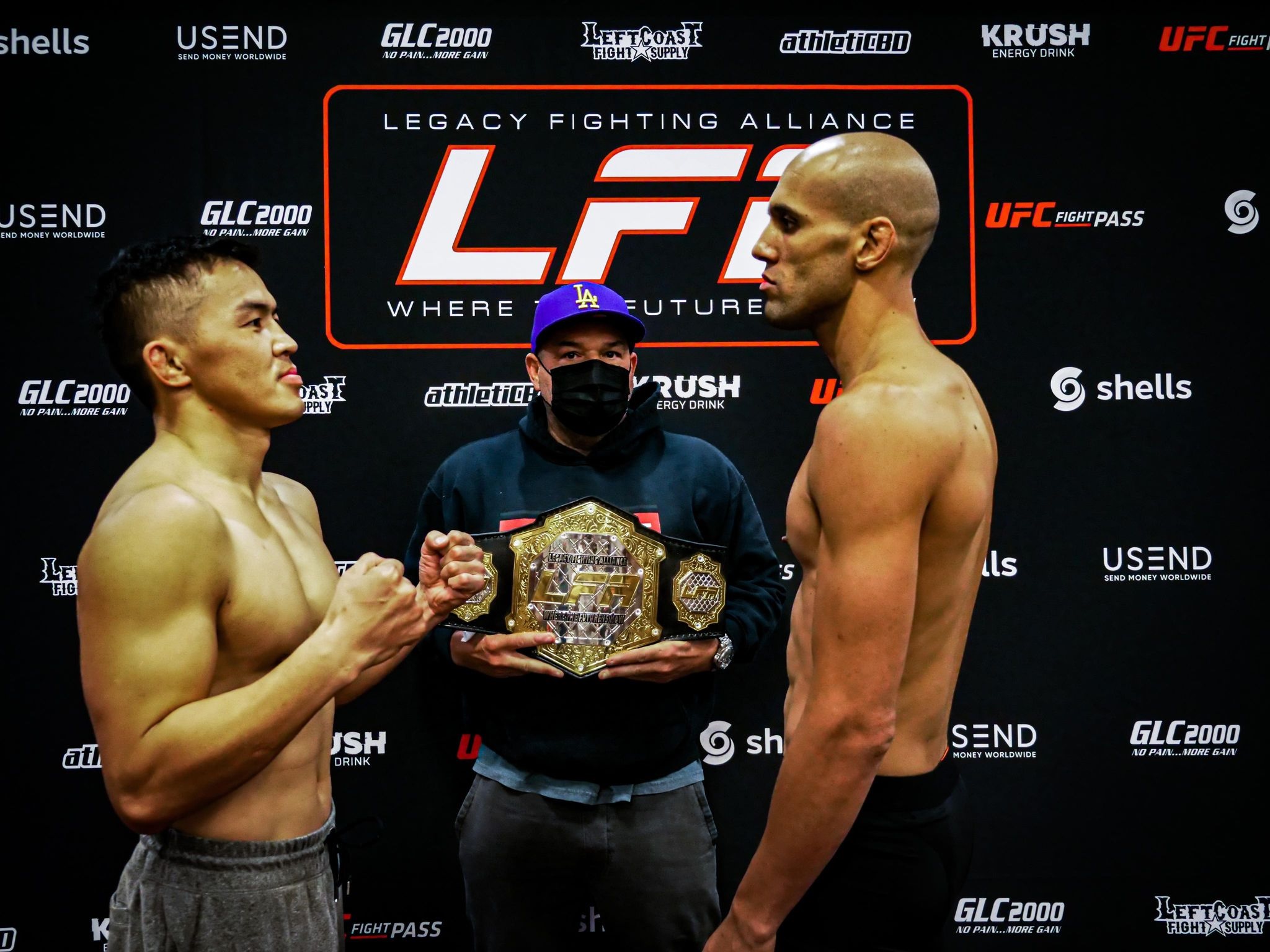 ﻿The main event will feature a welterweight world title fight between surging Brazilian stalwart Maycon Mendonça (10-4) and top undefeated Mongolian prospect Batsumberel Dagvadorj (7-0). LFA 96 will take place inside the Hartman Arena in Park City, Kansas, which is a suburb of Wichita. The main card will be available tomorrow night LIVE on UFC FIGHT PASS® at 9 p.m. ET / 6 p.m. PT.

Every fighter, except Mitzi Merry, made their contracted weight when they stepped on the scales. Merry will now forfeit a portion of her purse to her opponent Lisa Mauldin. LFA 96 will proceed with seven bouts, which includes the welterweight world title fight in the main event.