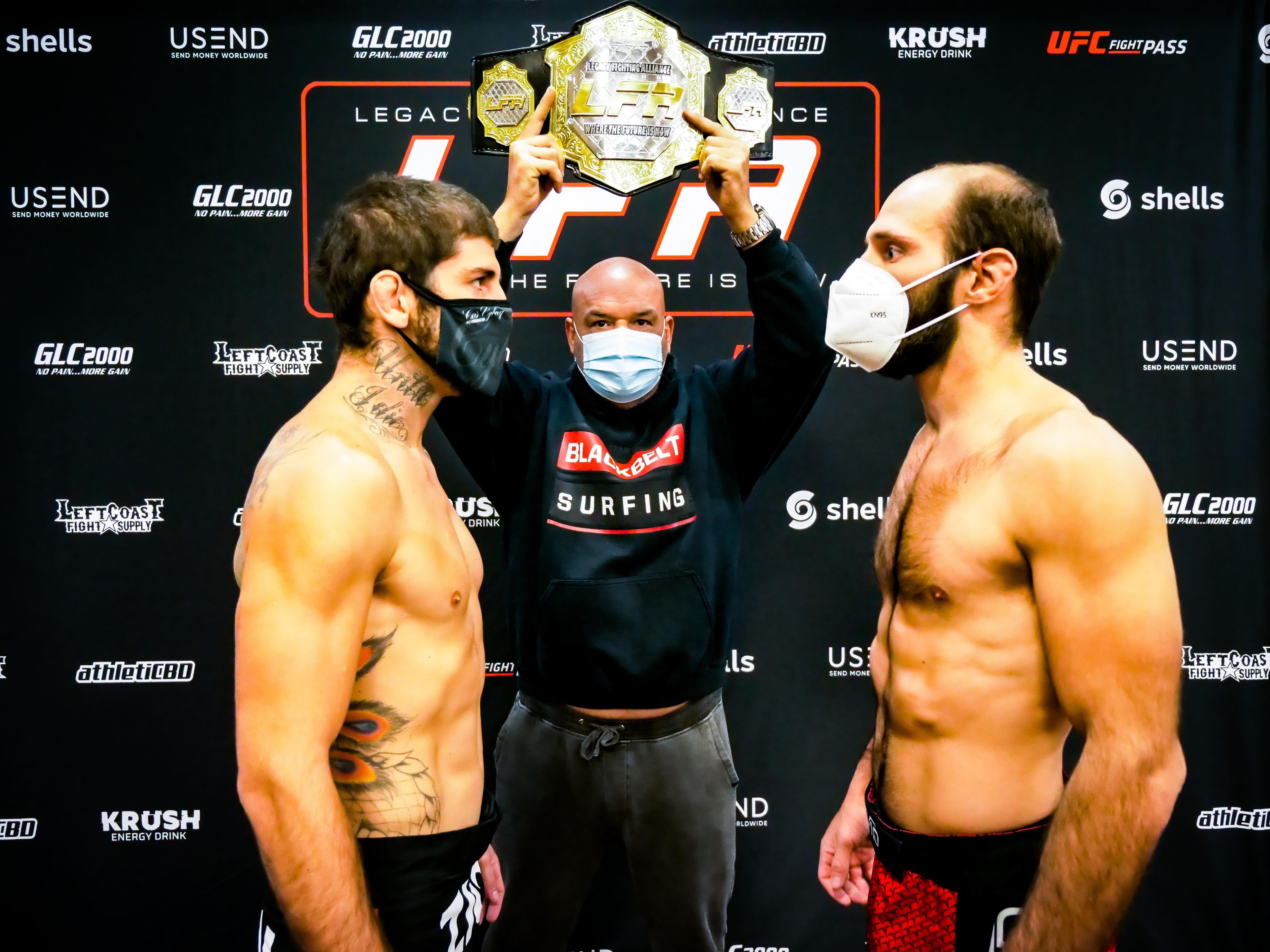 The main event will feature a lightweight world title fight between top contenders and BJJ black belts Nick “Nyquil” Browne (10-1) and Arthur Estrázulas (12-4). LFA 97 will take place inside the Hartman Arena in Park City, Kansas, which is a suburb of Wichita.

All, but three fighters, made their contracted weight when they stepped on the scales. Jose Martinez, Guilherme Santos, and Cameron Ansel missed the mark. Martinez, Santos, and Ansel will forfeit a portion of their purses to their opponents.

LFA 97 will proceed with nine bouts, which includes the highly anticipated lightweight title fight in the main event.