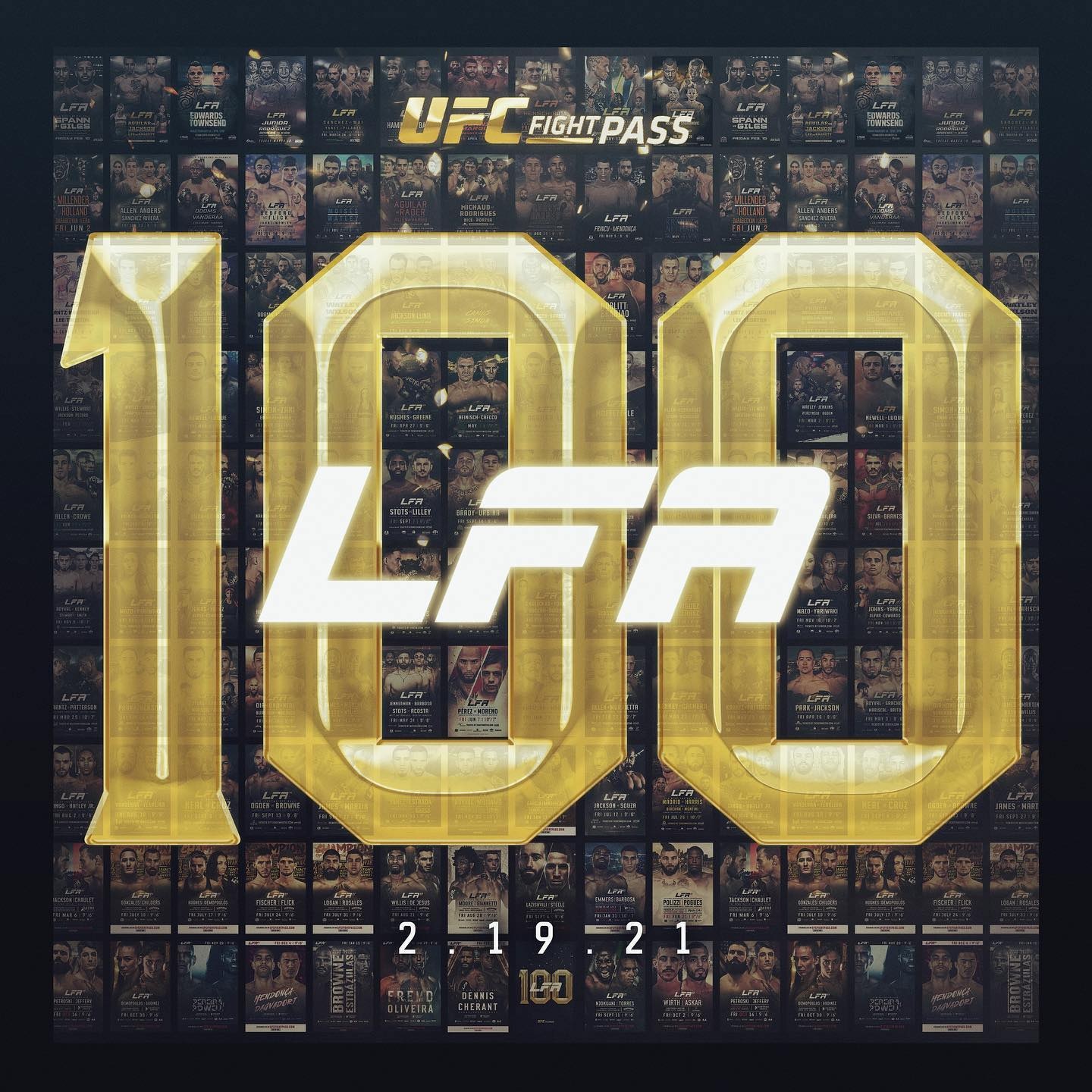 LAS VEGAS, Nevada — LFA CEO Ed Soares announced today that the promotion will host its historic LFA 100 event in the state of Kansas. The main event of LFA 100 will feature a flyweight world title fight between the winningest fighter in LFA history and a top undefeated prospect. The winner will become the seventh 125-pound champion in LFA history. The four most recent champions are currently fighting in the UFC.

“We are excited to celebrate LFA 100 by bringing the flyweight championship and second LFA middleweight tournament semi-final to Kansas,” stated LFA CEO Ed Soares. “Victor Altamirano just broke the LFA’s all-time wins record in November. He will now fight top undefeated Brazilian prospect Carlos Mota for the LFA flyweight title. Anthony Adams and Gregory Rodrigues will also meet with a shot at the LFA middleweight title on the line.”

Altamirano (8-1) became the LFA’s all-time wins leader in November with a spectacular second round Triangle Choke submission against fellow LFA standout Lloyd McKinney at LFA 95. The win snapped a tie with current UFC fighter and former LFA featherweight champion Damon Jackson for the most wins in LFA history. The proud Texan has won all eight of his professional bouts for LFA and was hoping to build on that record-setting tally with LFA gold on the line. The charismatic 30-year-old, who moonlights as a cellist, will get that title shot at LFA 100.

Mota (5-0) is one of the most popular and promising flyweight prospects to emerge from the MMA hotbed of Brazil in recent years. The Brazilian dynamo burst onto the global MMA scene with a thrilling performance in his LFA and North American debut at LFA 79. The jiu-jitsu black belt faced another top undefeated prospect George Martinez that night, but he surprised his American opponent with a body kick KO just 36-seconds into their highly-anticipated encounter. The 25-year-old is now looking to become the fourth Brazilian to capture LFA gold.

The co-main event of LFA 100, will feature the long-awaited showdown between Anthony “SugaFoot” Adams and Gregory “RoboCop” Rodrigues. They were originally set to fight each other in April of 2020, but that event was postponed due to the Coronavirus (COVID-19) pandemic. As fate would have it, their paths are set to meet again. However, this time around the stakes are even higher. It will take place in the LFA middleweight four-man tournament. The first semi-final bout of the tournament features Josh Fremd and Bruno Oliveira. That fight takes place this Friday in the main event of LFA 98. The winner of that bout will face the winner of Adams vs. Rodrigues for the LFA middleweight title later this spring.