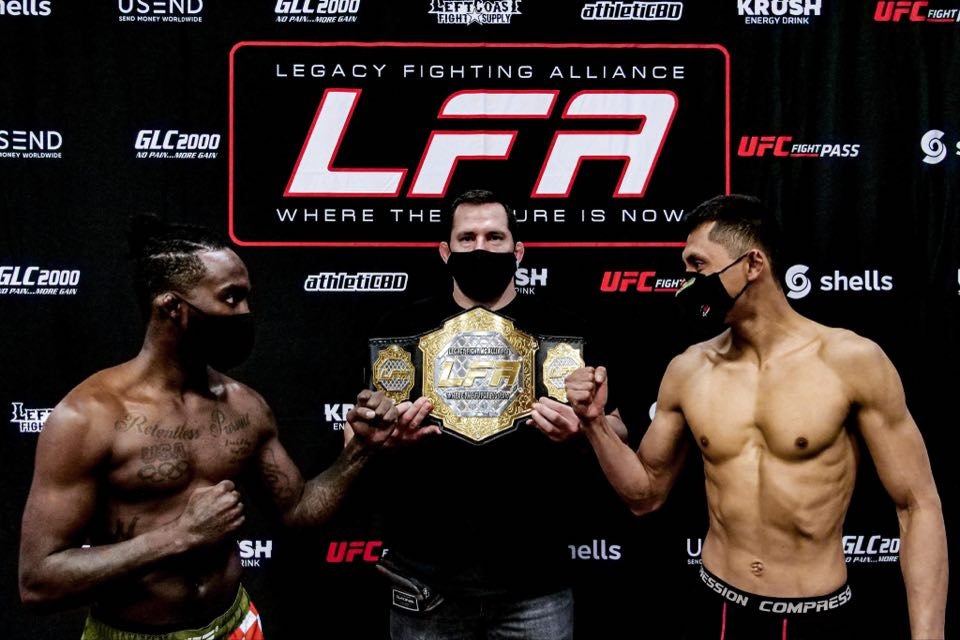 All, but one fighter, made their contracted weight when they stepped on the scales. Smith missed the mark. He will forfeit a portion of his purse to his opponent Altamirano. LFA 100 will proceed with seven bouts, which includes the flyweight title fight in the main event. The title fight will proceed with only Altamirano eligible to win the title due to Smith missing weight.