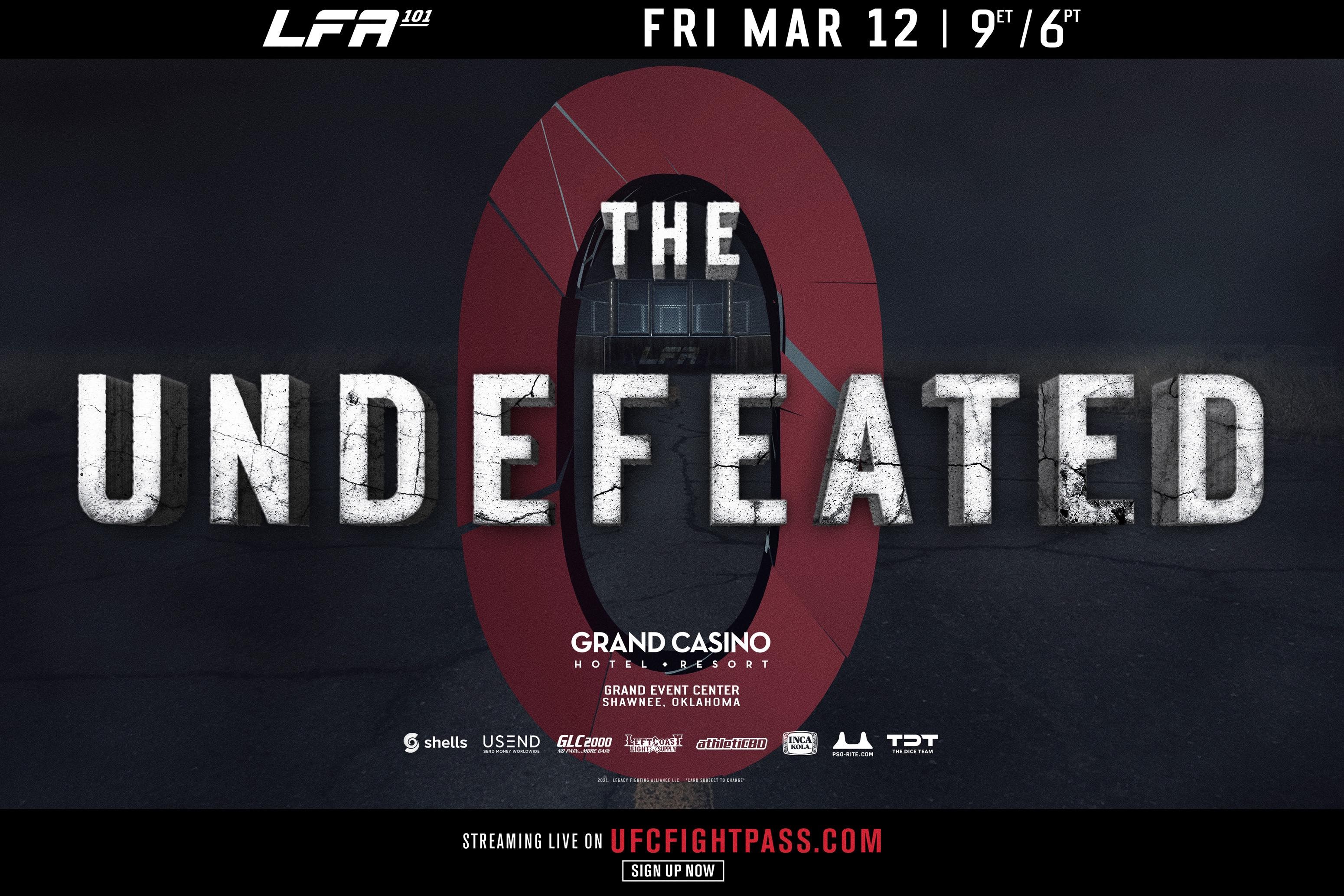 FEATURING OVER A DOZEN UNDEFEATED PROSPECTS

The fight card will feature over a dozen of the sport’s top undefeated prospects. LFA 101 will take place inside the Grand Event Center in Shawnee, Oklahoma, which is an exurb of Oklahoma City. The main card will be available tomorrow night LIVE on UFC FIGHT PASS® at 9 p.m. ET / 6 p.m. PT.

All, but two fighters, made their contracted weight when they stepped on the scales. Anthony Kalani and Jalin Fuller missed the mark. They will forfeit a portion of their purses to their opponents Tee Cummins and Tre’ston Vines. LFA 101 will proceed with eight bouts. The first bout will be available on the LFA Facebook page (Facebook.com/LFAfighting), while the rest of the card will be available worldwide on UFC FIGHT PASS®.