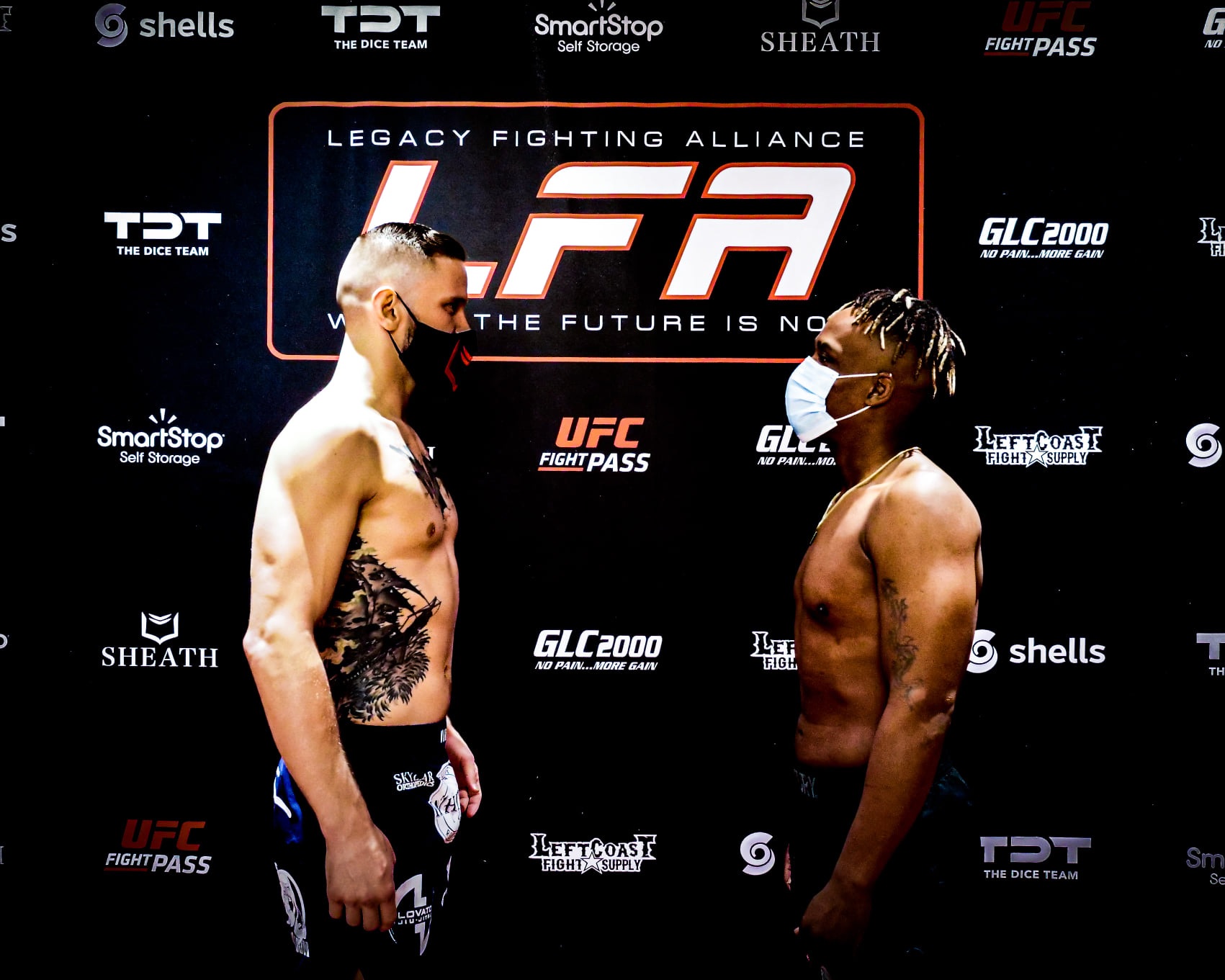 The main event will feature a lightweight battle of OKC between crosstown rivals Aaron McKenzie (9-2-1) and Brandon Phillips (8-3).

LFA 104 will take place inside the Grand Event Center in Shawnee, Oklahoma, which is an exurb of Oklahoma City. The main card will be available tomorrow night LIVE on UFC FIGHT PASS® at 9 p.m. ET / 6 p.m. PT.

Every fighter made their contracted weight when they stepped on the scales. LFA 104 will proceed with nine bouts, which includes the lightweight showdown in the main event.