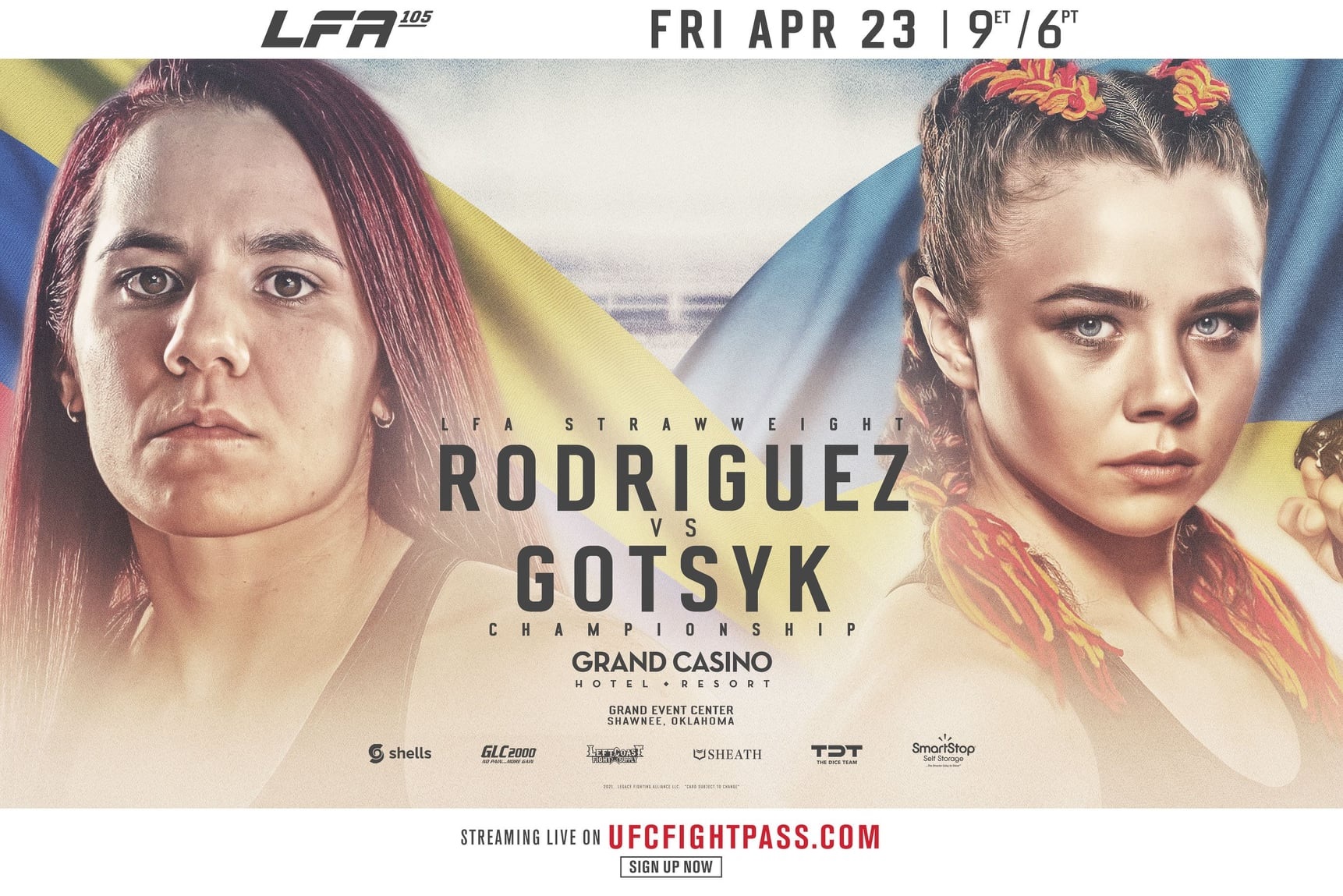 LAS VEGAS, Nevada — LFA CEO Ed Soares announced further details today about the promotion’s second event that will be held this month in the Sooner State. The main event of LFA 105 will feature a women’s strawweight world title fight between two of the sport’s top prospects. The winner will become the third 115-pound champion in LFA history. The event will serve as the second of three events that the promotion will host in the OKC area in April.

“We are excited to bring the women’s strawweight championship to Oklahoma at LFA 105,” stated LFA CEO Ed Soares. “Piera Rodriguez is the top prospect from Venezuela and Svetlana Gotsyk is the top prospect from Ukraine. This title fight made perfect sense after the belt became vacant, when our former champion Lupita Godinez signed with the UFC. The winner will become the third strawweight champion in LFA history.”

Rodriguez (5-0) will be making her highly-anticipated North American debut after winning her first five fights in Panama and Spain. The top undefeated Venezuelan prospect was signed to the LFA to face the reigning strawweight champion Lupita Godinez, but that fight did not come to fruition after Godinez signed with the UFC. “La Fiera” kept her eyes on the prize and continued to train alongside her teammates and fellow LFA strawweights Vanessa Demopoulos and Tabatha Ricci. The 28-year-old now feels fully prepared for a shot at the vacant title as Demopoulos is the former champion and Ricci has also been preparing to fight at LFA 105.

Gotsyk (13-4) will also be making her long-awaited North American debut after emerging as one of the top prospects in Europe. The Ukrainian fighter has gained world-class experience competing in Ukraine, Russia, China, and Thailand since making her debut seven years ago. In fact, her fight in Thailand was against current UFC women’s strawweight champion Weili Zhang, who will be defending her UFC title one night after the 24-year-old looks to capture the LFA women’s strawweight crown. Gotsyk and Rodriguez are the first fighters from their respective countries to challenge for an LFA title and look to add LFA gold to their incredible résumés.