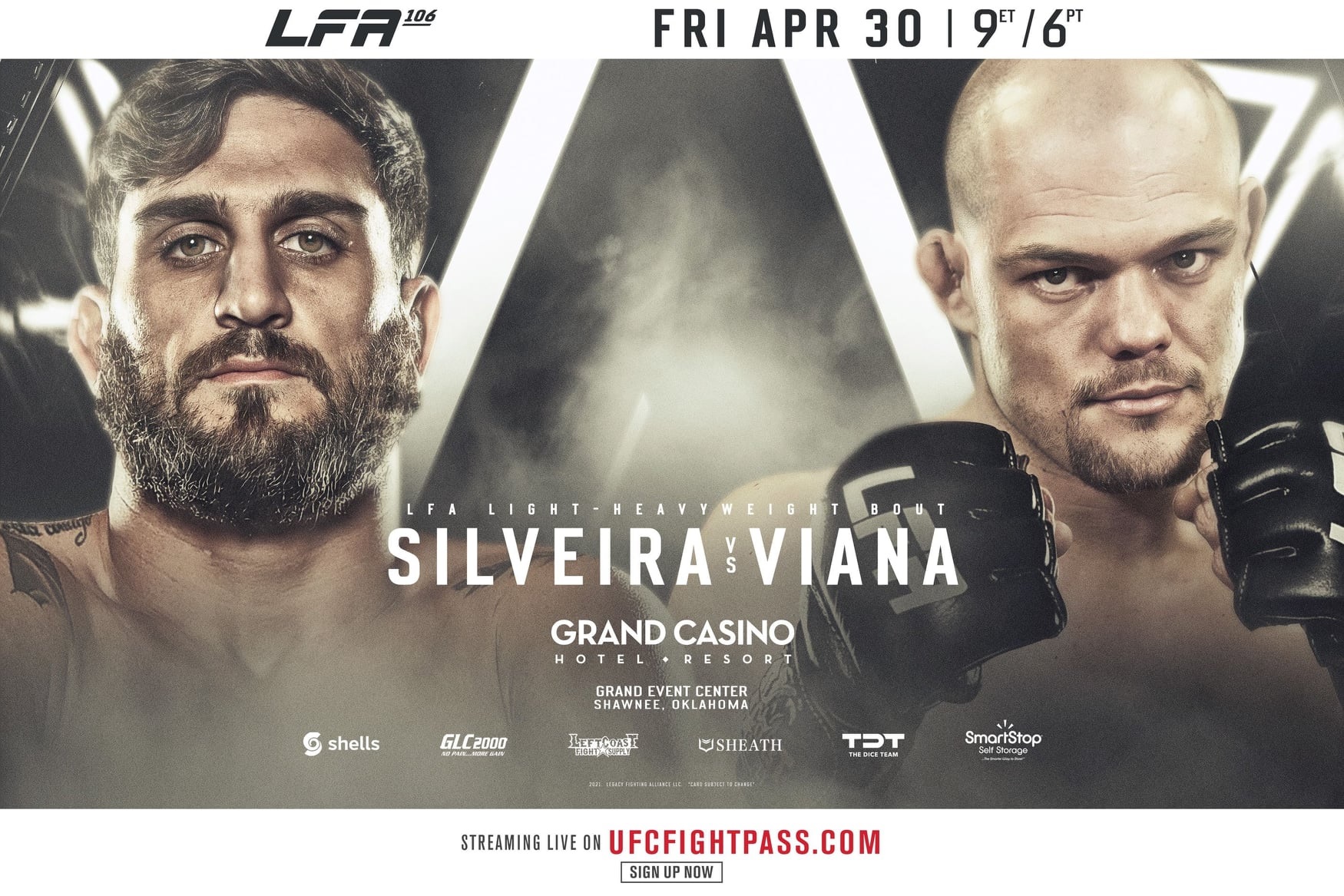 “We are excited to bring a third stacked card to Oklahoma on a third consecutive Friday this month,” stated LFA CEO Ed Soares. “Joshua Silveira is the son of MMA pioneer Conan Silveira and one off the top prospects in the sport. He will face the biggest test of his career against fellow Brazilian and RFA light-heavyweight title challenger Rafael Viana in the main event of LFA 106.”

Silveira (4-0) is the son of MMA pioneer and American Top Team (ATT) co-founder Conan Silveira. This has allowed him to grow up training with his father as well as BJJ legend Carlson Gracie and multiple UFC world champions, while also going on to wrestle at the NCAA Division I level for Arizona State University (ASU). The ASU Sun Devil standout now returns to the LFA Octagon after winning his first two fights for the promotion in dominant fashion. The first win came in his LFA debut against Fernando Alvarado via Arm-Triangle Choke at LFA 93. The next win came three months later, where he submitted BJJ black belt Matt Paul with a Rear Naked Choke at LFA 98. Now the world-class grappler is ready to headline his first event for the promotion at LFA 106.

Viana (6-1) is the brother of Bellator veteran Guilherme Viana and a longtime training partner of UFC light-heavyweight #1 contender Glover Teixeira. The powerful Brazilian began his career by winning his first six fights. That included winning five fights for Shooto Brasil, where he won and defended the promotion’s light-heavyweight title. The win also earned him a contract with RFA, where he also received an immediate title shot in his international debut. Viana faced Devin Clark for the light-heavyweight title in the main event of RFA 37 with UFC President Dana White sitting cageside. The fight was stopped after the second round due to an unfortunate hand injury, but “Gaúcho” now returns five years and two weeks later to headline LFA 106.