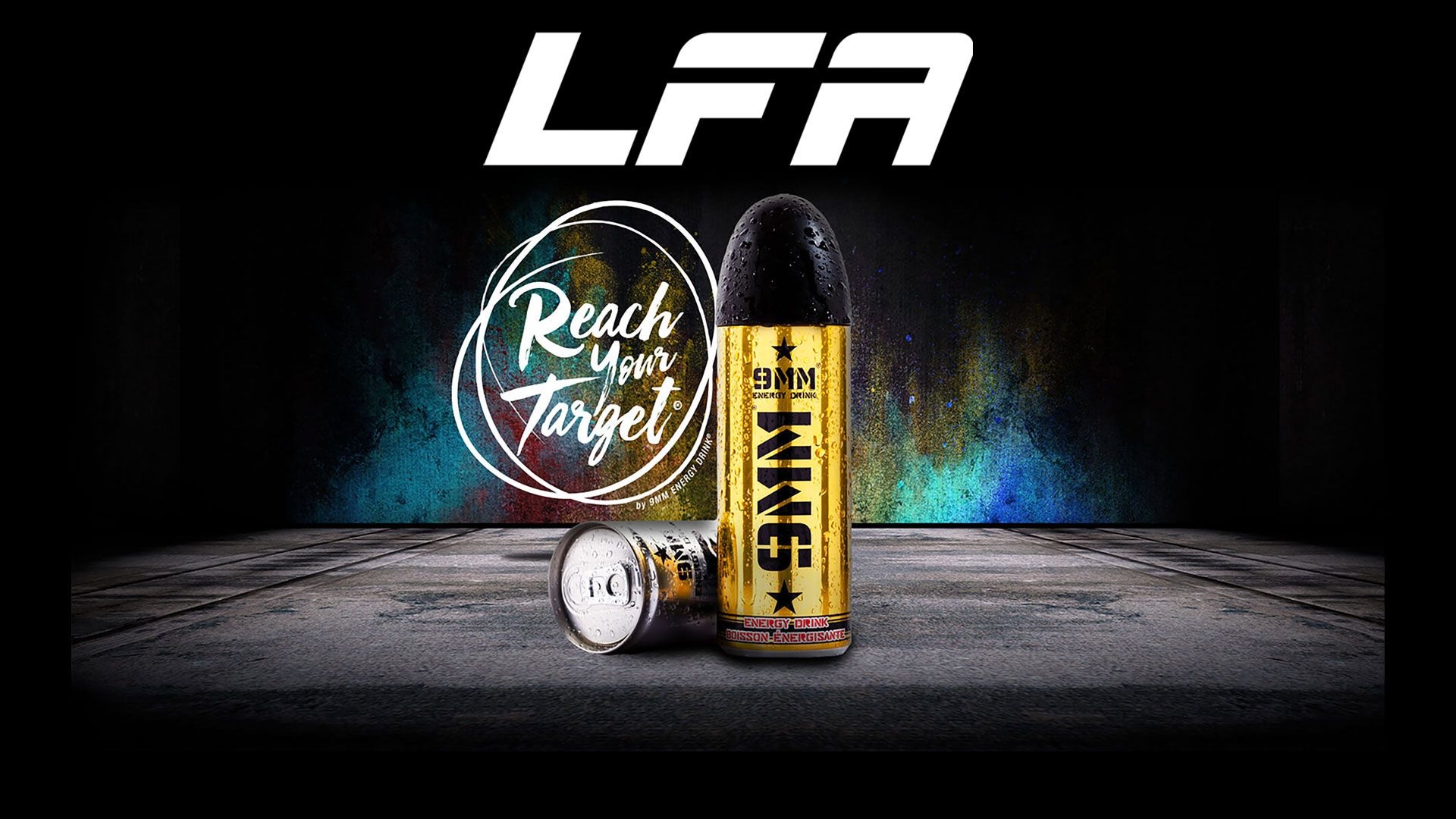 LAS VEGAS, Nevada — Legacy Fighting Alliance (LFA) CEO Ed Soares announced today that LFA has agreed to a strategic sponsorship agreement with 9MM Energy Drink. The deal will be reflected at LFA events that will be broadcast on UFC FIGHT PASS® as well as various multimedia platforms.

“I feel that 9MM Energy Drink is a perfect fit for our organization. We have big plans for LFA in the near future and beyond. Their sponsorship will directly support our goals to develop the top athletes in MMA and expand our global footprint,” stated Soares. “9MM Energy Drink, much like LFA, are innovators and industry leaders. They have partnered with Nothing Artificial, home of the NeuroTracker, and have worked with their team of renowned scientists to create the first ever cognitive nutritional and digital therapeutic system.”

Being the World’s #1 and most scientifically validated Cognitive Science and Neurotech AI organization built on 25 years of R&D with 51 issued and pending patents, Nothing Artificial’s NeuroTracker SaaS offering is a ‘drug free’ digital therapeutic technology that uses a visual perceptual training software that delivers fast and proven results to produce powerful improvements in human cognitive functions.

“We are excited to continue the 9MM Energy Drink tradition of excellence and introduce their cutting-edge products to the amazing fans and athletes involved in the world of MMA.” added Soares.

The partnership between LFA and 9MM Energy Drink will begin this Friday at LFA 107: Kirk vs. Swain, which will be available worldwide on UFC FIGHT PASS® live from the Sanford Pentagon in Sioux Falls, South Dakota. The main event will feature a featherweight showdown between top contenders Kamuela Kirk and Daniel Swain.

“This is exactly the start that we wanted. Both 9MM Energy Drink and LFA share a common goal; to propel people into reaching their targets, their goals, and their dreams,” stated Steve Clavette, Founder of 9MM Energy Drink. “We are eager to introduce our products that we have been developing to do just that. We understand that fighting requires an enormous amount of strength, agility, quickness, and power. The same applies to the brain. We have created a product that not only gives an edge in physical performance, but also enhances cognitive abilities. We want to help the fighters achieve new levels in their performance and their careers.”

While most energy drinks are formulated to enhance the body’s ability to overcome physical demand, 9MM’s unique proprietary formula, featuring ACT-10™, the world’s healthiest super ingredient, creates a synergy between both the mind and body, allowing the consumer to reach new heights in daily tasks.

Being the first beverage company to introduce this unique and powerful antioxidant, 9MM has created a line of beverages that enhance athletic performance, exercise recovery, vision, healthy inflammatory response, the immune system, as well as brain, cardiovascular, joint, and skin health.

Backed by numerous clinical studies and years of research, their proprietary formula has been developed to provide people with a never-before-seen edge in their physical and mental output. 9MM Energy Drink has all the necessary ingredients with optimal doses to help anyone in need of a boost throughout their day.

About 9MM Energy Drink:
9MM is a beverage brand specialized in creating innovative and disruptive functional beverages. Easily distinguishable by its unique packaging, 9MM is also the first beverage to contain ACT-10™, the world’s healthiest super ingredient. 9MM has offices worldwide including California, Montreal, Paris, and Reunion Island and has partnerships with NAI, home of the NeuroTracker. 9MM is the official energy drink of the LFA and is the Official Title Sponsor of Team Bud Racing Kawasaki in France.