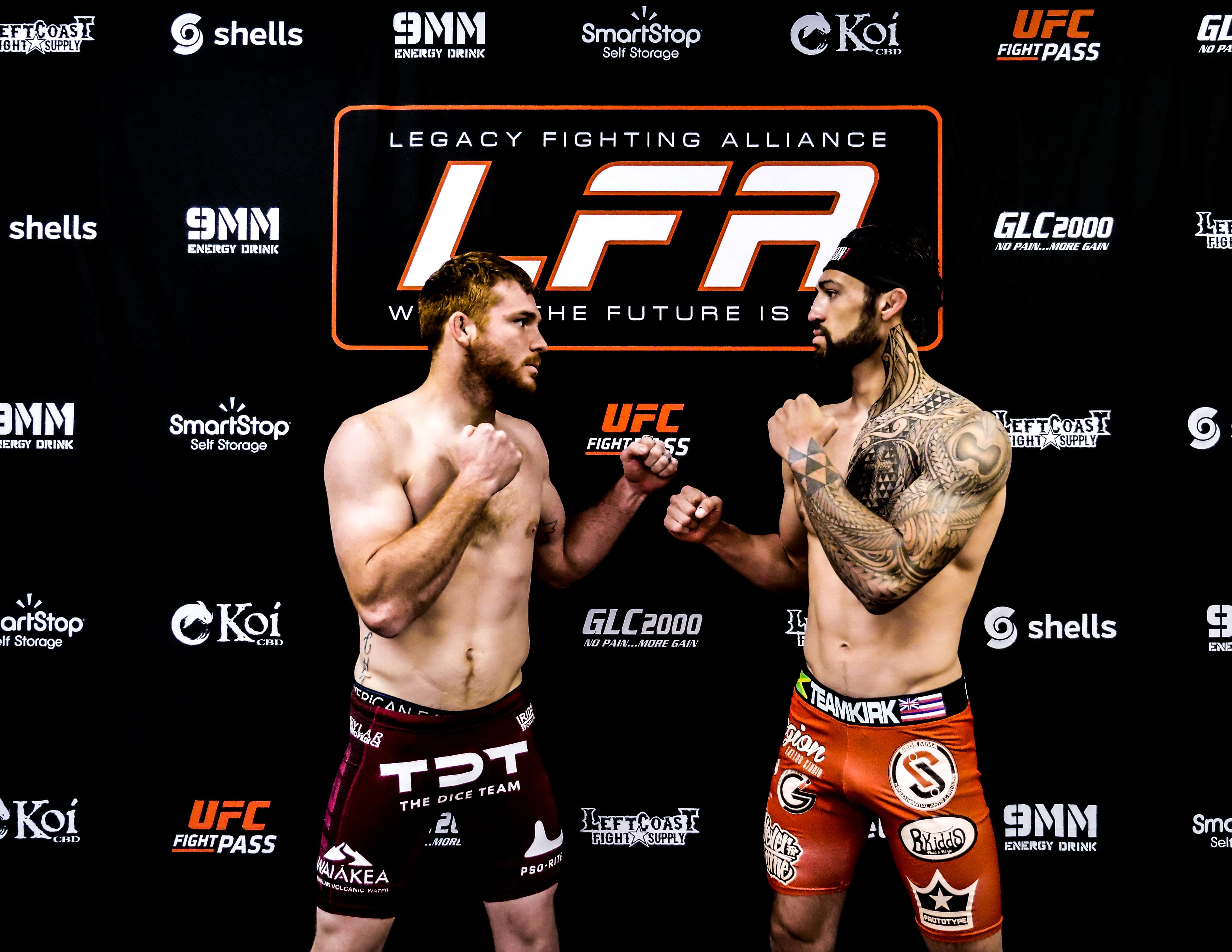 The main event will feature a high-stakes lightweight showdown between BJJ black belt Kamuela Kirk (10-4) and collegiate wrestler Daniel Swain (20-10-1). LFA 107 will be a closed-door event that will take place inside the Sanford Pentagon in Sioux Falls. The main card will be available tomorrow night LIVE on UFC FIGHT PASS® at 9 p.m. ET / 6 p.m. PT.

Every fighter, except Samarbek Sabyrzhan Uulu and Elj Portee, made their contracted weight when they stepped on the scales. Sabyrzhan Uulu and Portee will now forfeit a portion of their purses to their opponents. LFA 107 will proceed with nine bouts, which includes the lightweight showdown in the main event.