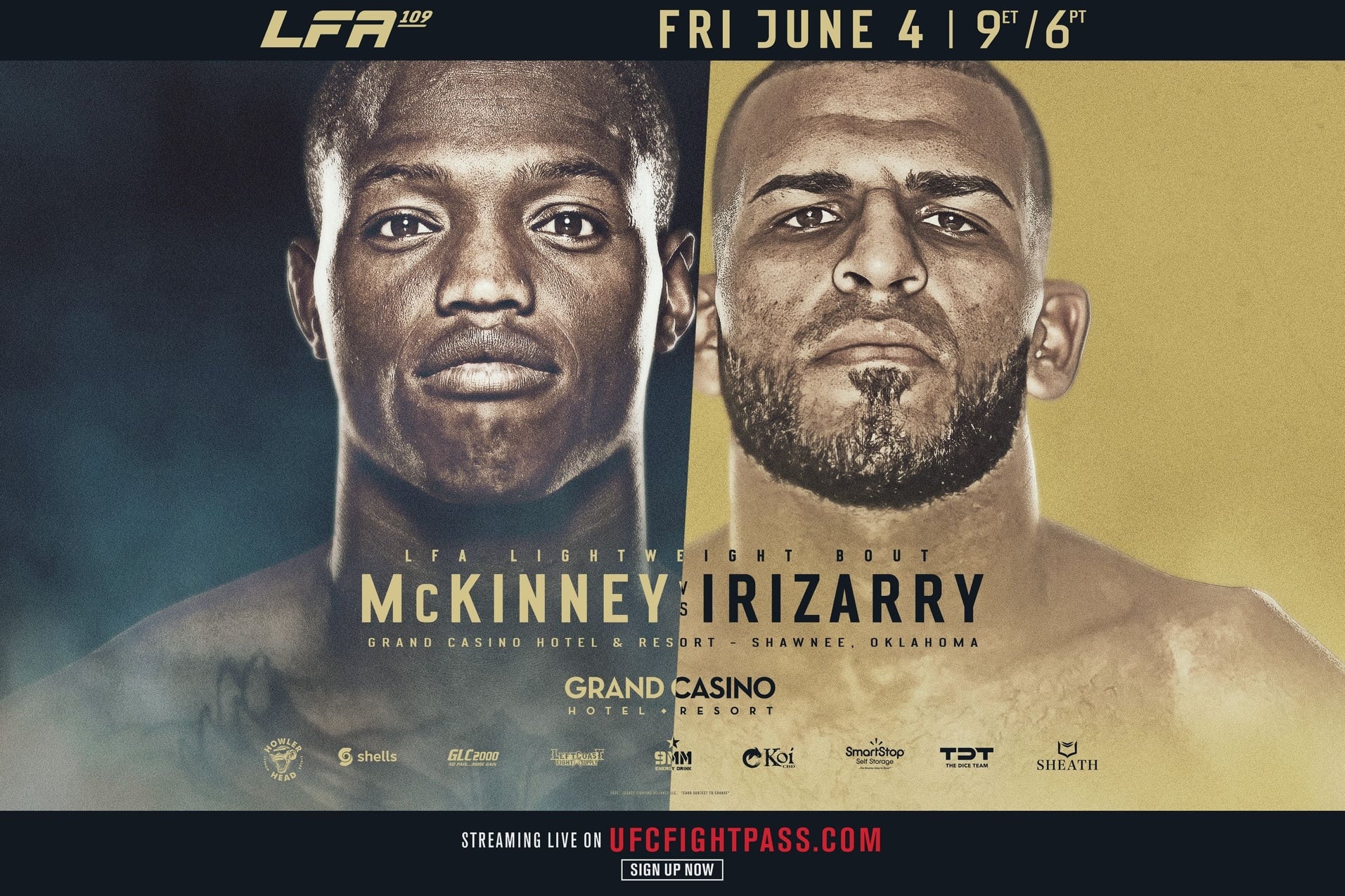 LFA brings an explosive Lightweight Showdown to Oklahoma at LFA 109

LAS VEGAS, Nevada — LFA CEO Ed Soares announced today that the promotion will return to Oklahoma in June. LFA 109 will feature an explosive lightweight showdown when the promotion returns to the Sooner State. This will be the seventh event the promotion has hosted in the OKC area in 2021.

“We are excited to bring another exciting LFA event to Oklahoma in June,” stated LFA CEO Ed Soares. “Terrance McKinney is coming off one of the best knockout wins of 2021 and is looking to solidify himself at the top of the lightweight division. He will face top Puerto Rican prospect Michael Irizarry in the main event of LFA 109.”

McKinney (9-3) returns to the LFA Octagon just five weeks after scoring the biggest win of his career. That win came against Brazilian knockout artist Luis “Toninho Marajo” Gavinho in the co-main event of LFA 106. What made the win so impressive was the way McKinney was able to knockout a man known for fast finishes in just 17 seconds. The highly-touted prospect known as “T.Wrecks” launched a head kick at the Brazilian veteran that brought an abrupt end to their encounter. The highlight reel knockout has since gone viral and the 26-year-old from Spokane, Washington skyrocketed up the lightweight standings. McKinney now returns to the same venue where he accomplished that incredible win to headline his first event for the promotion at LFA 109.

Irizarry (12-3) will be making his highly-anticipated LFA debut, while also proudly representing the island of Puerto Rico as the first Puerto Rican born fighter to fight for the promotion. The 25-year-old native of “Isla del Encanto” grew up in the town of Añasco on the west coast of the island, hoping to one day continue the proud Boricua fighting tradition. While the UFC has seen the emergence of stars such as Anthony Pettis, Rob Font, and Jimmie Rivera who all have Puerto Rican heritage, the island is still mostly known for its boxing greats Wilfredo Gomez, Felix Trinidad, and Miguel Cotto who grew up on the island. Irizarry hopes to change that by giving Puerto Rico its first native born star in MMA. That goal now has a clear path as he will be headlining LFA 109.