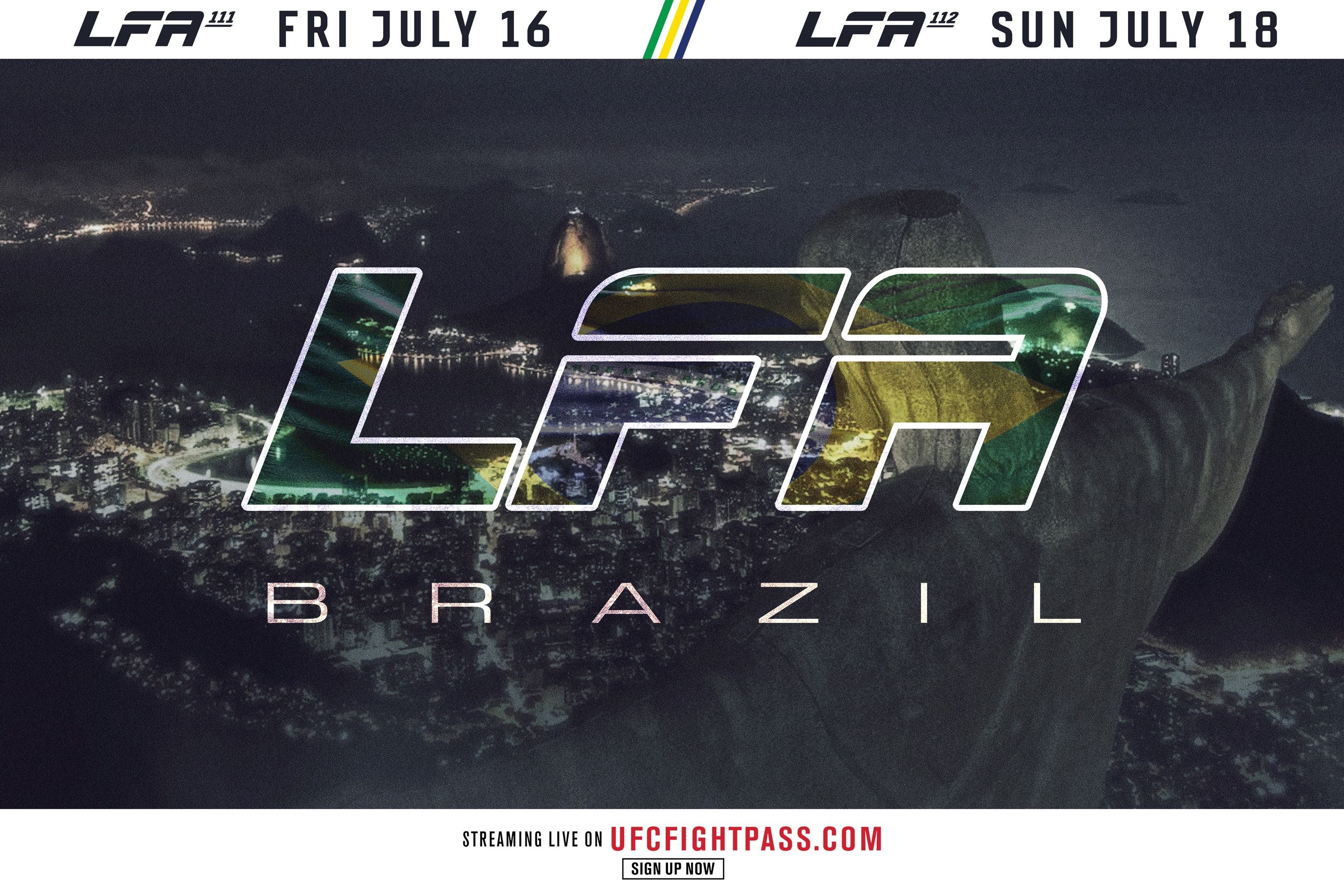 LFA will bring its first international events to the country of Brazil with a pair of shows that will be hosted in Rio de Janeiro, Brazil.

LFA 111 and LFA 112 will feature popular LFA standouts as well as top up-and-coming talent from the modern-day birthplace of MMA, which is Brazil.

“We are excited to finally bring the LFA to Brazil,” stated LFA CEO Ed Soares. “Brazil is the birthplace of modern-day MMA and has produced many of the most legendary fighters, coaches, and fight teams in the sport. The incredible fight fans in Brazil have been supporting and watching LFA events for years on Canal Combate, so it made perfect sense to bring the LFA to Brazil. As the premier developmental organization in the world, we will now be able to develop Brazilian talent on their home soil.”

Those five fighters include Alexandre Pantoja, Pedro Munhoz, Diego Ferreira, Thiago Moisés, and Mackenzie Dern. In the first week of June alone, Gregory Rodrigues and Tabatha Ricci both made their UFC debut after each went 3-0 in the LFA.