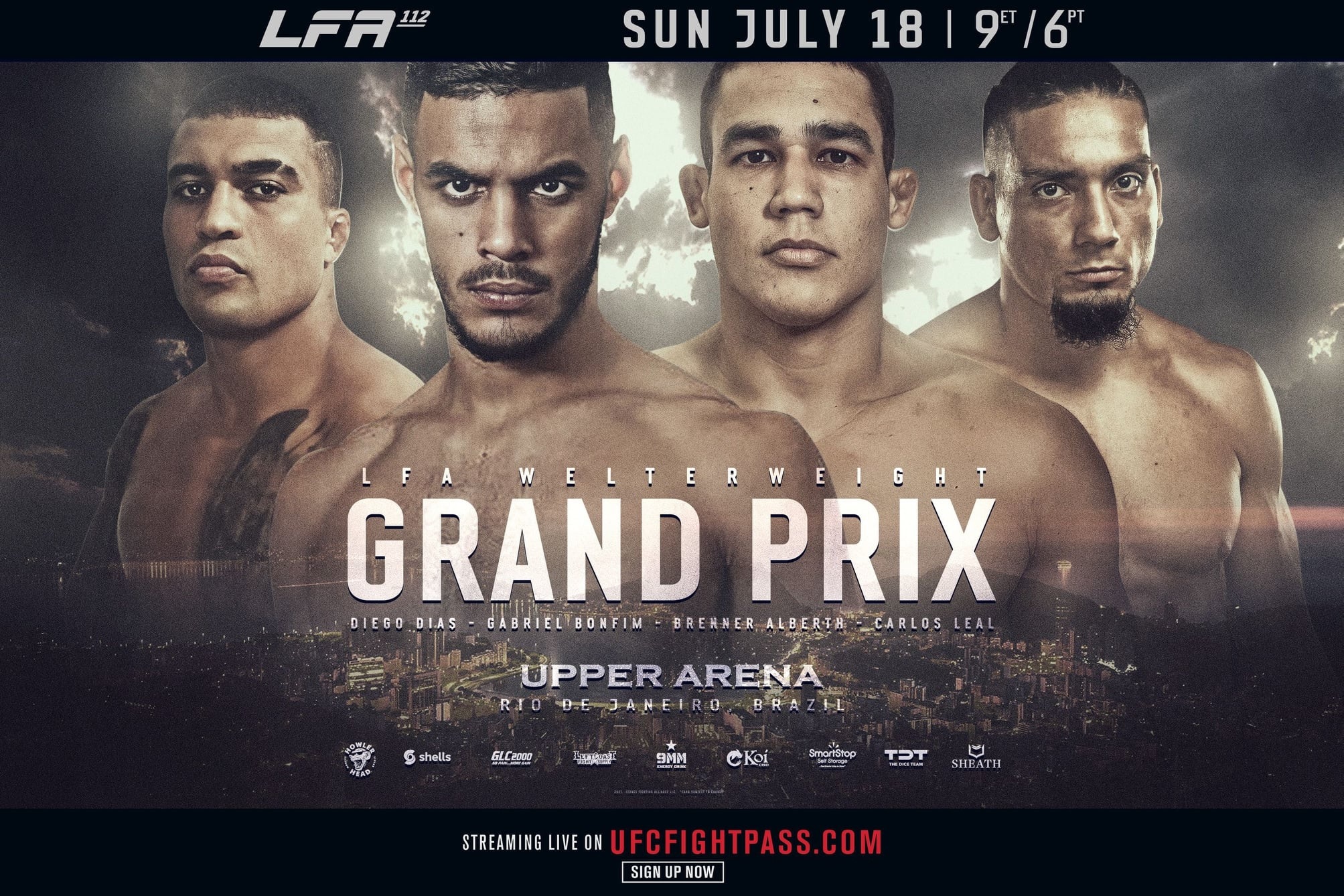 LAS VEGAS, Nevada —LFA CEO Ed Soares announced in June that the promotion is going international this month. LFA will bring its first international events to the country of Brazil with a pair of shows that will be hosted this weekend in Rio de Janeiro, Brazil. The second of the two events takes place this Sunday with a one-night Welterweight Grand Prix at LFA 112.

“We are excited to bring a Welterweight Grand Prix to Brazil,” stated LFA CEO Ed Soares. “This will be the first one-night tournament in LFA history and we felt it would be the perfect way to conclude our second of two shows this weekend in Brazil. Gabriel Bonfim, Brenner Alberth, Diego Dias, and Carlos Leal are the top four welterweight prospects in Brazil. The four of them will enter this historic tournament, but only one will walk away the new LFA welterweight world champion at LFA 112.”

The one-night MMA tournament is near and dear to the heart of fight fans everywhere. It was the tried and true format that the UFC used from its inception at UFC 1 in 1993 up until UFC 23 in 1998. Over that five year span, the UFC hosted 20 events that featured one-night tournaments and 23 champions were crowned due to three events hosting two of these tournaments in different weight classes.

The inaugural LFA Welterweight Grand Prix will also feature a pair of alternate bouts. Junior Marques faces Quemuel Ottoni and Uyran Carlos meets Wendell Giacomo on the preliminary card. The winners will serve as replacements in case one of the four tournament competitors is unable to continue.