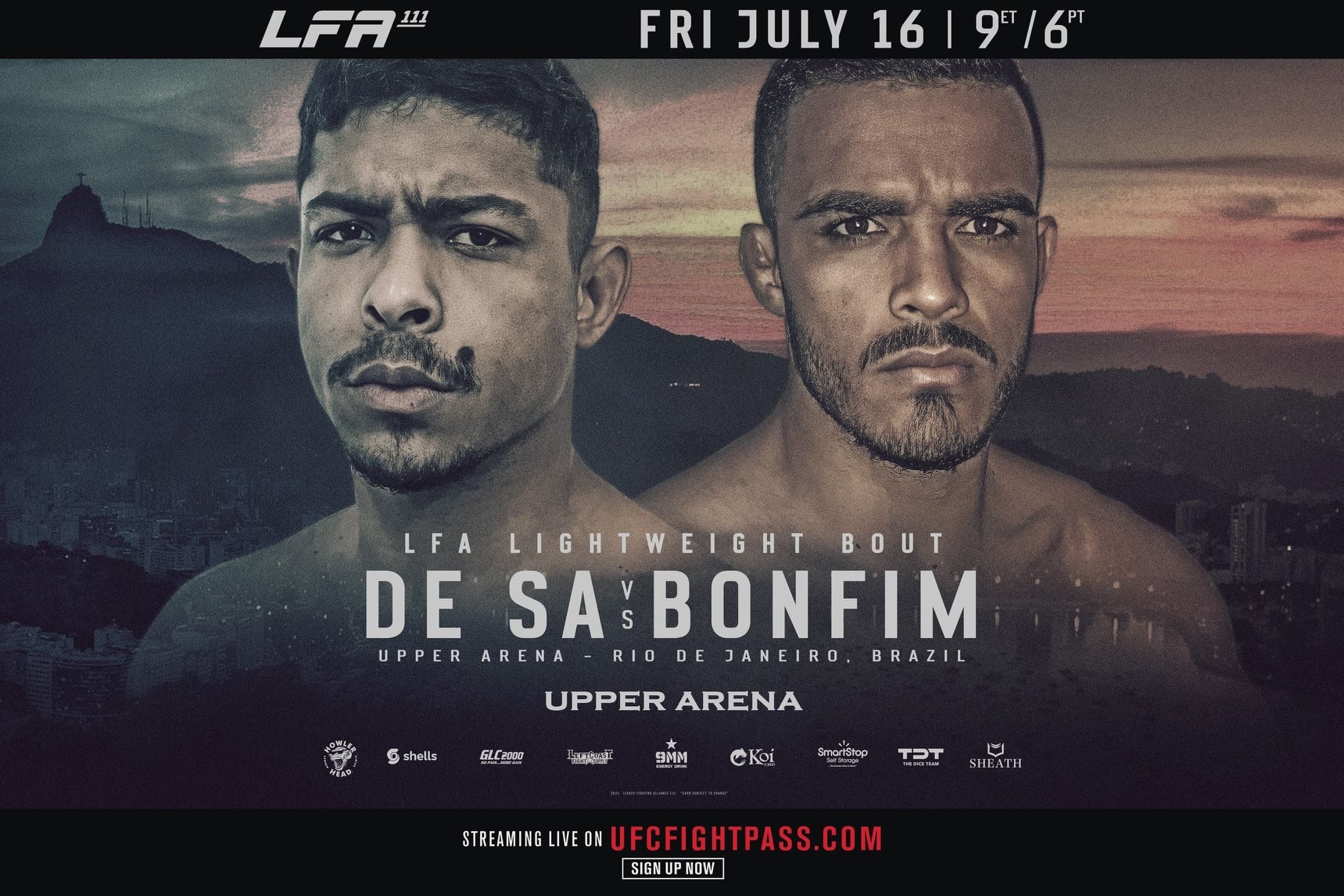 LFA makes International debut in Brazil this Friday at LFA 111

LAS VEGAS, Nevada — LFA CEO Ed Soares announced in June that the promotion is going international this month. LFA will bring its first international events to the country of Brazil with a pair of shows that will be hosted this weekend in Rio de Janeiro, Brazil. The first of the two events takes place this Friday with Brazil’s top lightweight prospects headlining LFA 111.

“We are excited to finally bring the LFA to Brazil,” stated LFA CEO Ed Soares. “Rangel De Sá and Ismael Bonfim are two of the top lightweight prospects in the world, both are riding incredible win streaks, and they represent what Brazilian MMA is all about. We are excited to have fighters of this caliber headline our first event in Brazil, which is the birthplace of modern day MMA.”

De Sá (10-1) is the 24-year-old protégé of UFC legend Pedro “The Rock” Rizzo. The reigning Shooto Brasil champion is eager to carve out his own legacy in similar fashion to his mentor. On Friday, October 16th, 1998, Rizzo made his UFC debut on the first UFC event in Brazil. Now exactly 22 years and 9 months later, the man known as “Anaconda” will follow in the footsteps of Rizzo. He will make his LFA debut on the first LFA event in Brazil. De Sá is riding a 6-fight win streak that spans the last 3 years.

Bonfim (14-3) hails from Brasilia, the capital city of Brazil, and is looking to assert himself as the top lightweight prospect from his country and arguably the world. The man known as “Marreta”, which means “Sledgehammer” in Portuguese, was given the nickname due to his devastating power. The 25-year-old has wielded his fists like sledgehammers en route to picking up 8 victories via KO or TKO. The Cerrado MMA product also has 3 submission wins to his credit and has not lost a fight in 7 years.