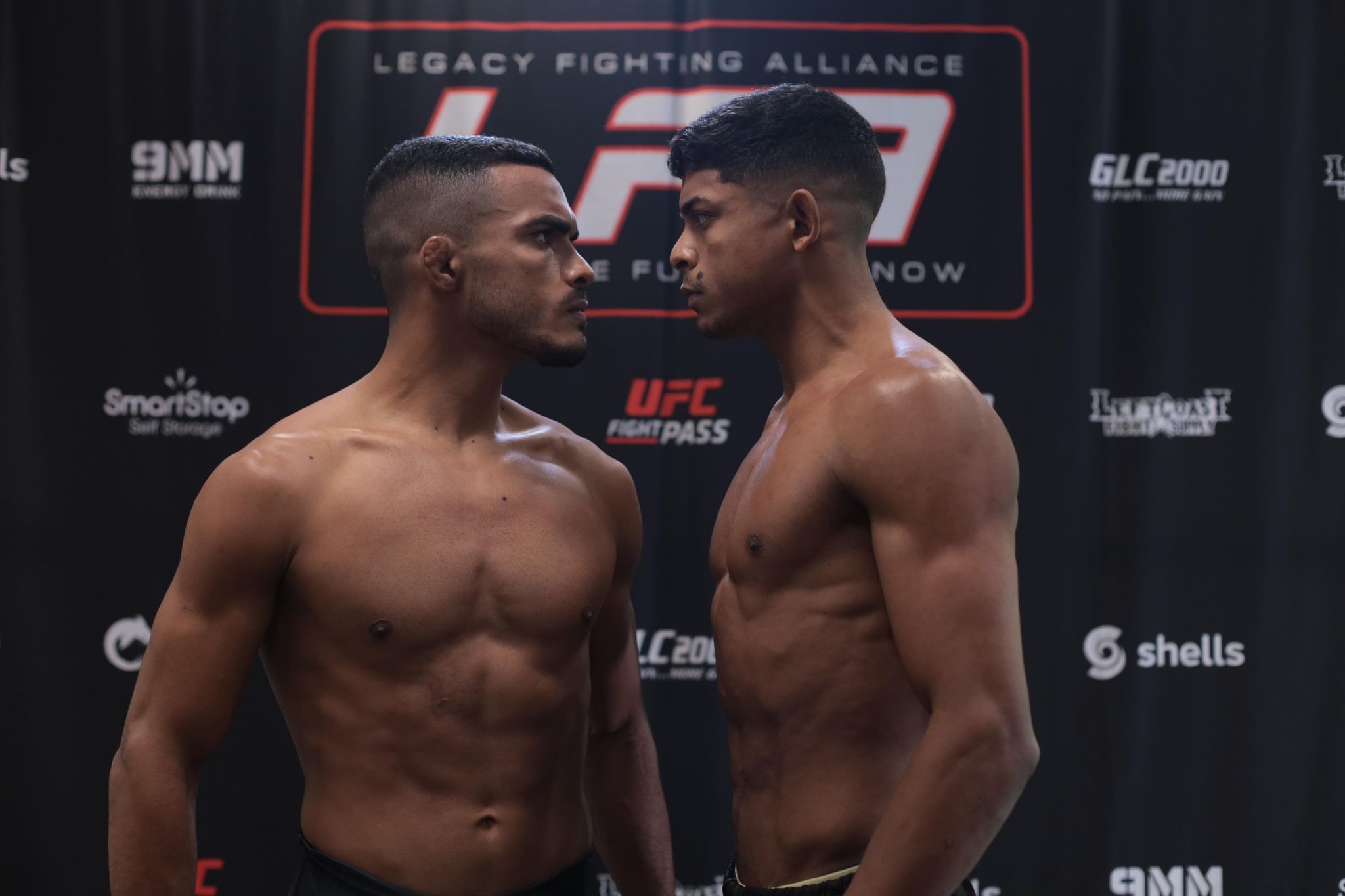 LFA officials implemented strict health codes, safeguards, and Coronavirus (COVID-19) testing protocols throughout the week. In accordance with these guidelines, the flyweight bout between Carlos Mota and Rodrigo Roldan has been removed from LFA 111.

Every fighter made their contracted weight when they stepped on the scales. LFA 111 will proceed with eleven bouts, which includes the lightweight showdown in the main event. This will be the first international event in LFA history.