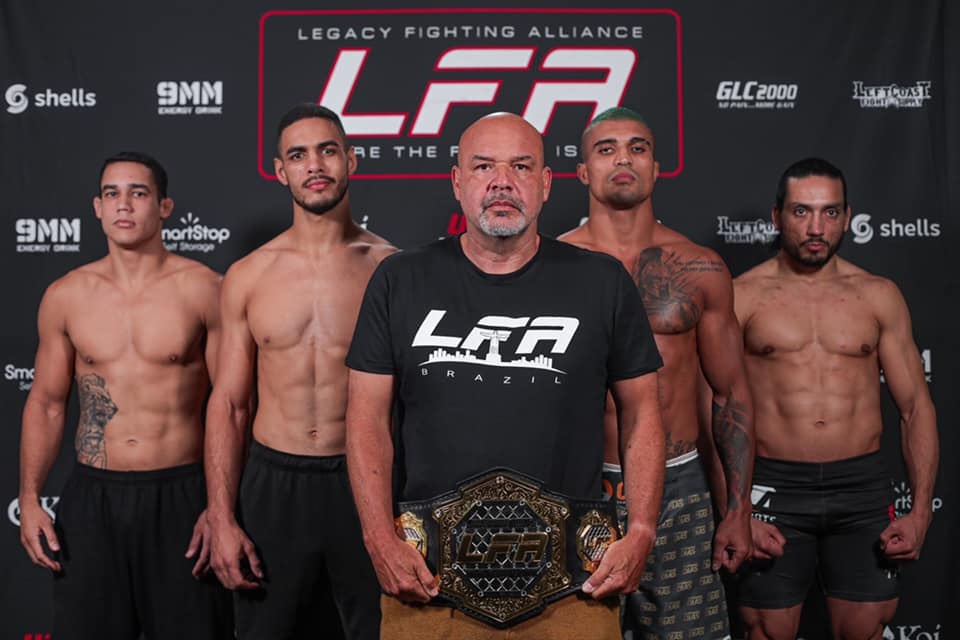 Every fighter, except Jefferson Oliveira and Junior Marques, made their contracted weight when they stepped on the scales. Oliveira is stepping up on 48 hours’ notice to face Carlos Mota in a 139-pound catchweight bout after Mota’s flyweight bout at LFA 111 was scratched on Thursday at the LFA 111 weigh-in. Oliveira and Marques will forfeit a portion of their purses to their opponents Mota and Quemuel Ottoni.