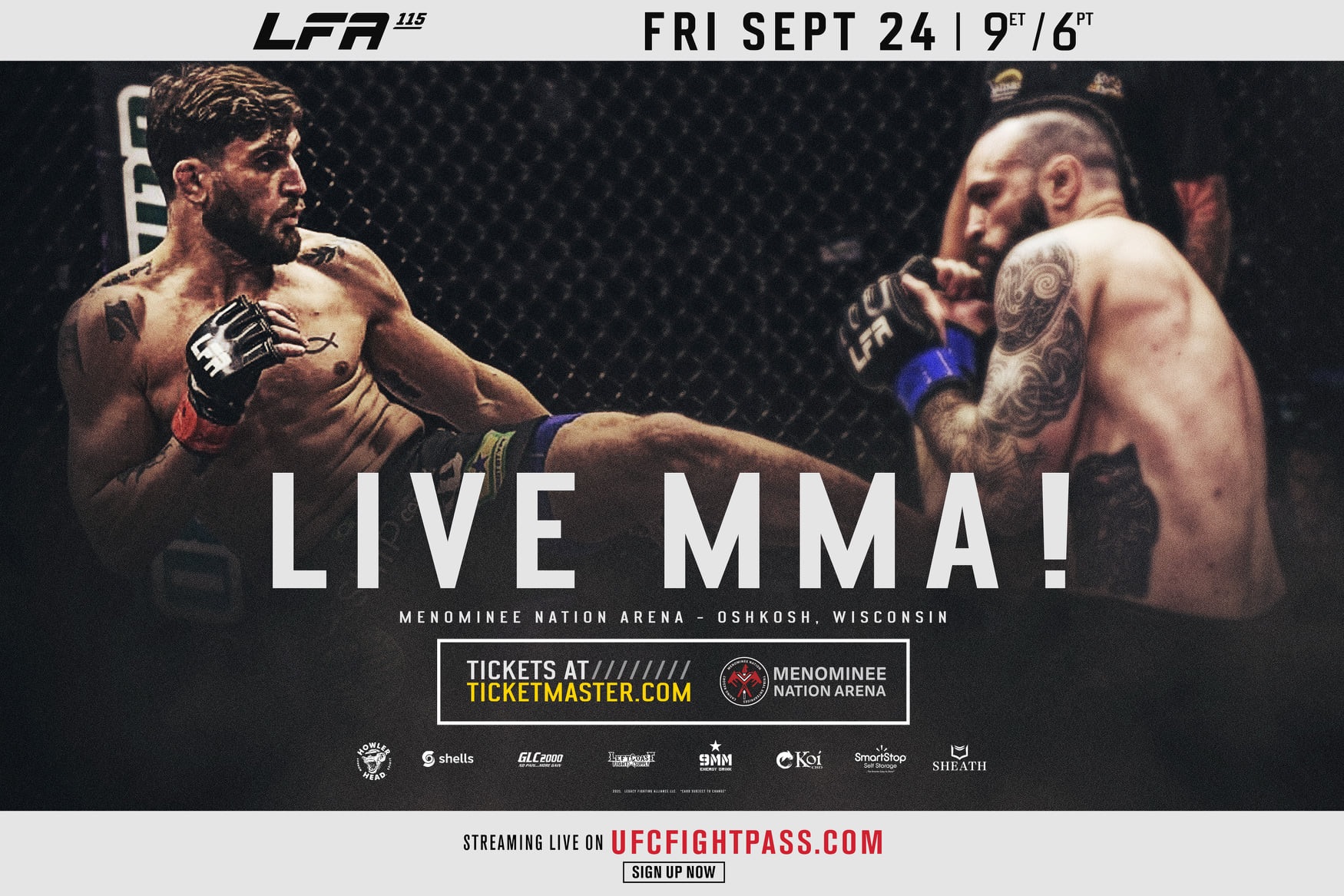 LFA brings the Light-Heavyweight Championship to Wisconsin at LFA 115

TICKETS GO ON SALE NEXT FRIDAY 8-20 AT TICKETMASTER.COM

LAS VEGAS, Nevada — LFA CEO Ed Soares announced today that the promotion will return to Wisconsin in September. LFA 115 will feature a light-heavyweight world title fight when the promotion returns to the Badger State. This will be the second event the promotion has hosted in the state of Wisconsin.

LFA 115 takes place Friday, September 24th at the Menominee Nation Arena in Oshkosh, Wisconsin. The main event will feature top undefeated prospect Josh Silveira in a light-heavyweight title fight. Silveira’s original opponent has withdrawn from the fight and his new opponent will be announced soon. The entire main card will be available worldwide on UFC FIGHT PASS® at 9 p.m. ET / 6 p.m. PT.

“We are excited to bring the light-heavyweight championship to Wisconsin next month,” stated Soares. “Josh Silveira is the top 205-pound prospect in the sport. He was originally set to face Jesse Murray for the LFA light-heavyweight title in the main event of LFA 110 on July 2nd, but Murray withdrew with an injury. Murray has now withdrawn from the re-scheduled title fight, so Silveira will be facing a new opponent for the title on September 24th. The new challenger will be announced as soon as the new title fight is finalized.”

Silveira (5-0) is the son of MMA pioneer and American Top Team (ATT) co-founder Conan Silveira. This has allowed him to grow up training with his father as well as BJJ legend Carlson Gracie and multiple UFC world champions, while also going on to wrestle at the NCAA Division I level at Arizona State University (ASU). The ASU Sun Devil standout will return to the LFA Octagon after winning his first three fights for the promotion in dominant fashion. The first win came in his LFA debut against Fernando Alvarado via Arm-Triangle Choke at LFA 93. The next win came when he submitted BJJ black belt Matt Paul with a Rear Naked Choke at LFA 98. Silveira then submitted former RFA title challenger Rafael Viana with a Rear Naked Choke at LFA 106 to solidify his first shot at an LFA title.

Tickets for LFA 115 will go on sale next Friday, August 20th at Ticketmaster.com.