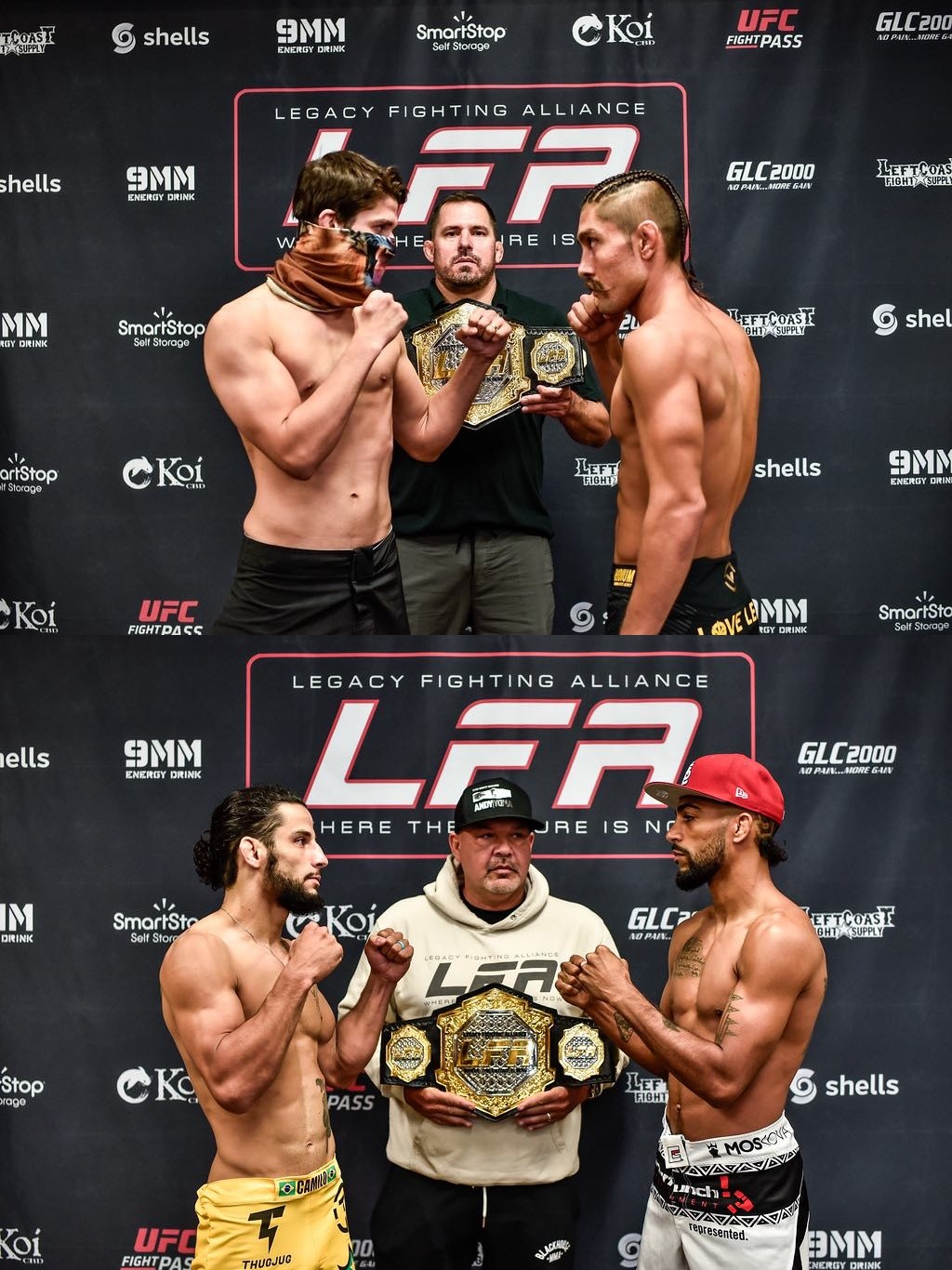 LAS VEGAS, Nevada — On Thursday, August 26th, LFA hosted the weigh-in for LFA 114: Souza vs. Garcia from the DoubleTree by Hilton in Chesterfield, Missouri. The event will broadcast a championship doubleheader live from the “Show Me State”.

LFA 114 will take place inside The Factory at the District in St. Louis, Missouri. The main card will be available tomorrow night LIVE on UFC FIGHT PASS® at 9 p.m. ET / 6 p.m. PT.

Tickets are on sale now at THEFACTORYSTL.COM.