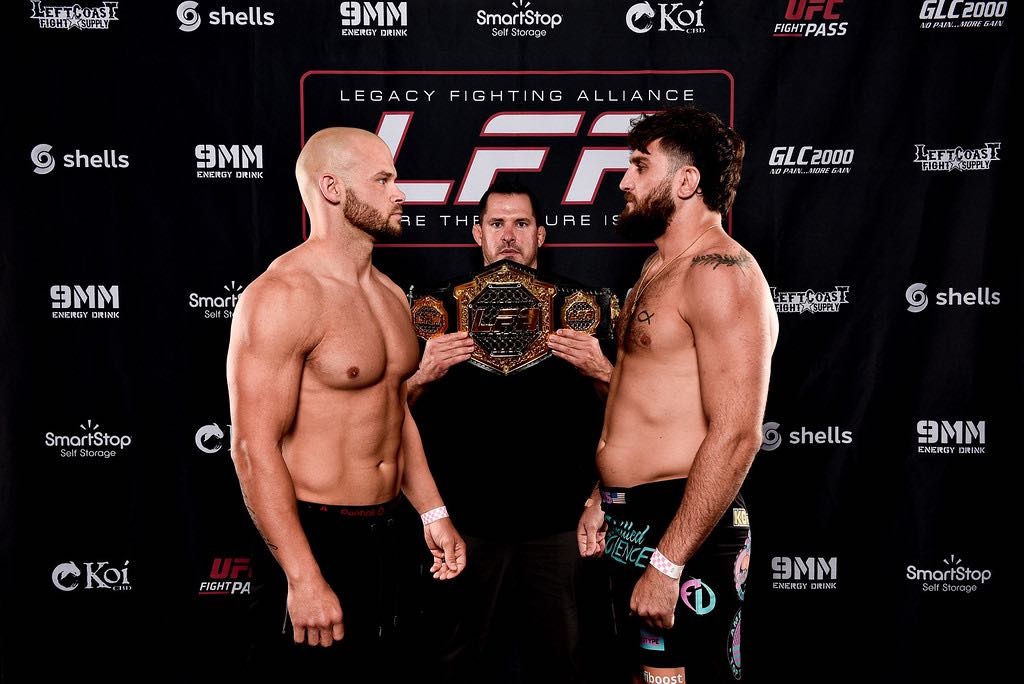 TICKETS ON SALE NOW AT TICKETMASTER.COM

LFA 115 will take place inside the Oshkosh Arena in Oshkosh, Wisconsin. The main card will be available tomorrow night LIVE on UFC FIGHT PASS® at 9 p.m. ET / 6 p.m. PT.

LFA officials implemented strict health codes, safeguards, and Coronavirus (COVID-19) testing protocols throughout the week. In accordance with these guidelines, every athlete competing at LFA 115 has been cleared for competition.

Five fighters missed their contracted weight when they stepped on the scales. Bryan Bautista withdrew from his bantamweight bout due to weight-cut issues. Hillarie Rose, James Waller, Reshal Malik, and Anteze Howard also missed weight and will pay a penalty to their opponents. LFA 115 will proceed with twelve bouts, which includes the light-heavyweight title fight in the main event.