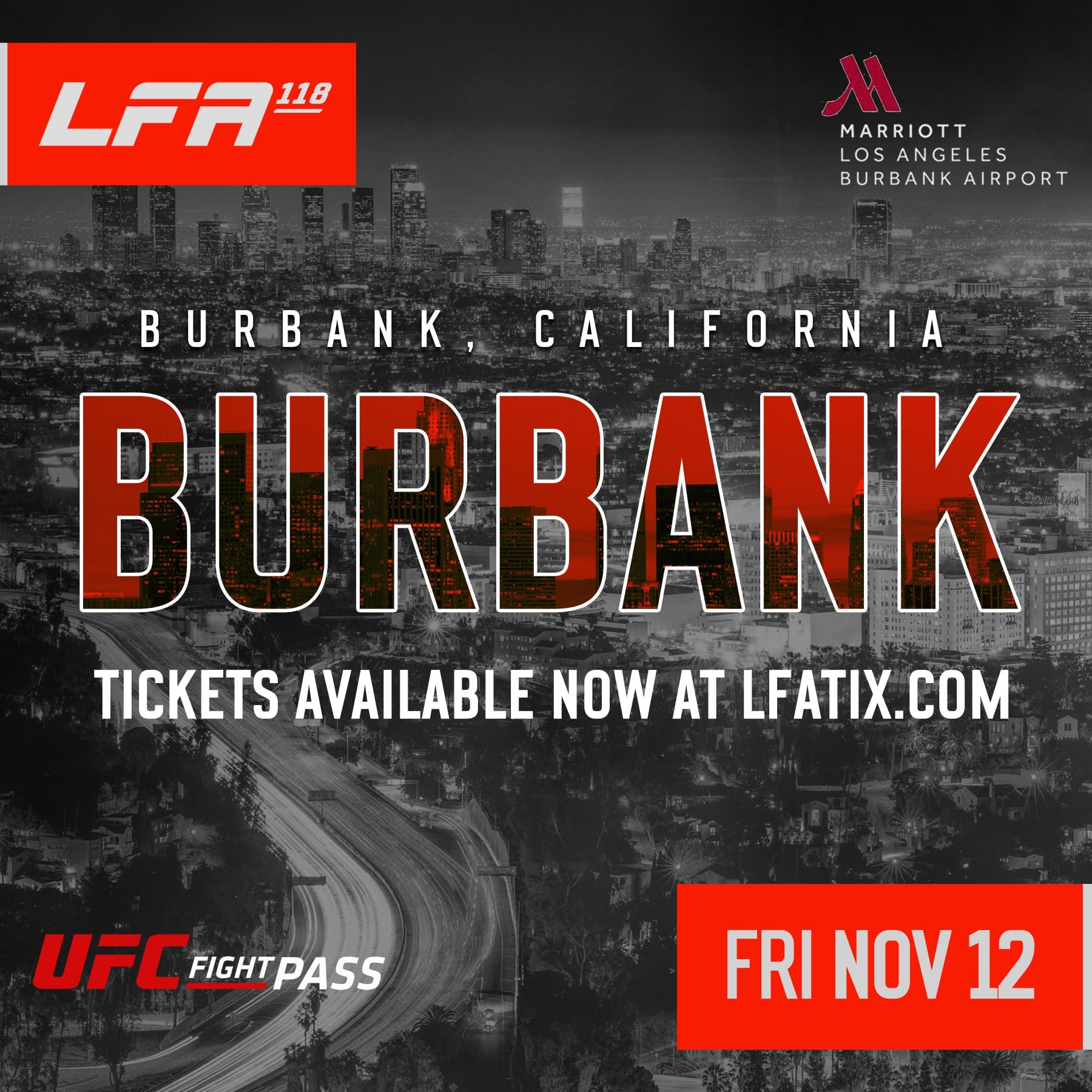 “We are excited to bring the LFA back to southern California,” stated Soares. “We have a long and storied history of exciting fights and developing top prospects in my home state over the past eight years. This will be our nineteenth event in California going all the way back to RFA 9. I am excited to see the next generation of stars emerge in Burbank at LFA 118.”

The first LFA event to take place in the state of California was LFA 13. That event also happened to take place at the Los Angeles-Burbank Marriott Convention Center and was a historic night in many ways. Seven of the fighters that competed at that event went on to compete for the UFC. That includes both headliners Curtis Millender and Kevin Holland along with Dominick Reyes, Alonzo Menifield, Antônio Arroyo, Kyler Phillips, and Vince Cachero.

Six more fighters that competed at LFA 13 were invited to compete on Dana White’s Contender Series, but the most impressive thing that happened that night came from Reyes who made ESPN SportsCenter “Top Ten” plays of the day with his viral head kick KO of Jordan Powell. Reyes would go on to become one of the biggest stars in the UFC and has competed twice for the UFC light-heavyweight world championship. In his first title shot, Reyes nearly dethroned the division’s all-time greatest champion Jon Jones in a title fight for the ages that many pundits thought Reyes had won.

Tickets are on sale now at LFATIX.COM.