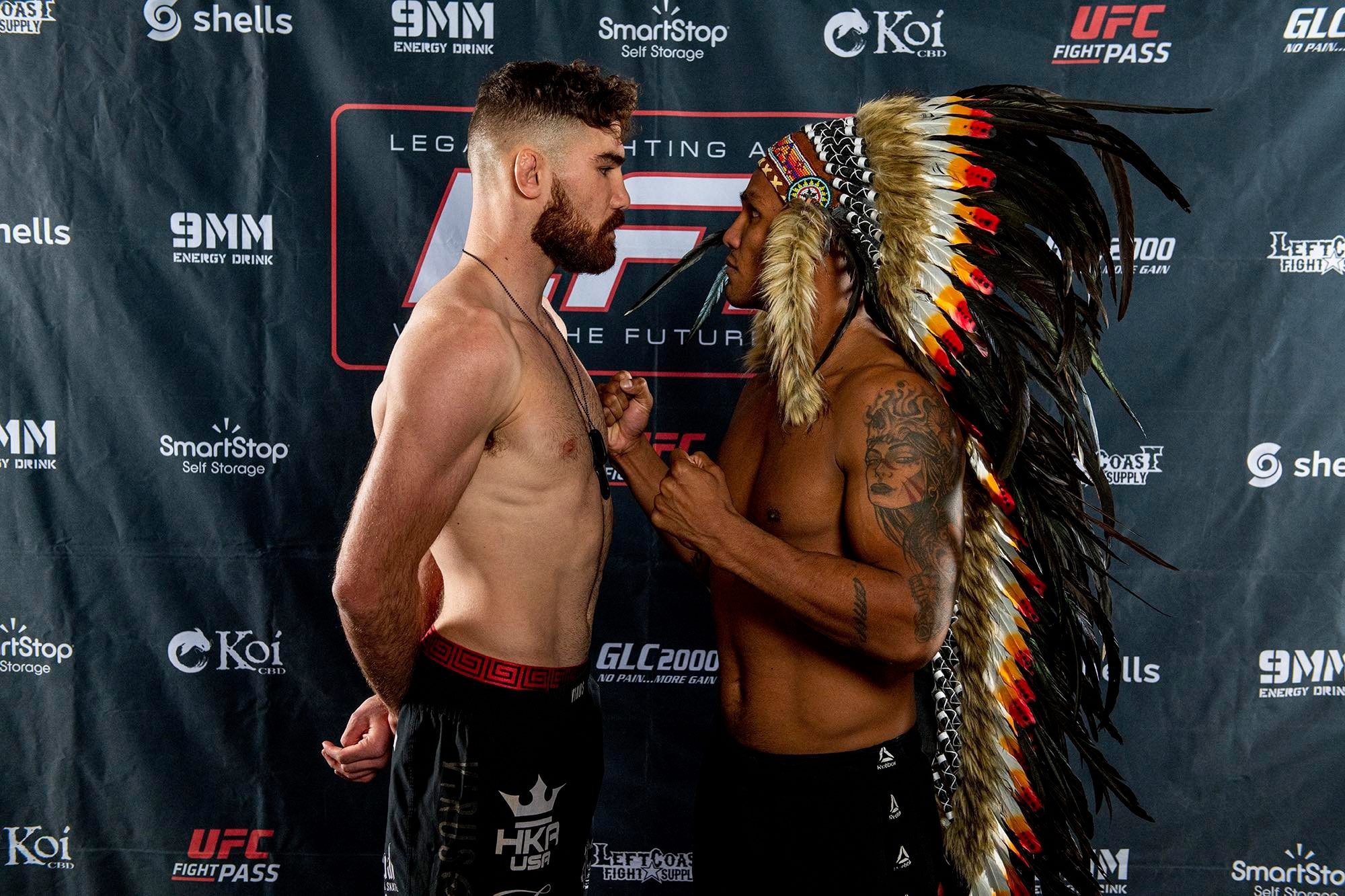 LAS VEGAS, Nevada — On Thursday, October 21st, LFA hosted the weigh-in for LFA 116: Fremd vs. Valente from the Evergreen Lodge in Vail, Colorado. The main event will feature a middleweight showdown between top prospects Josh Fremd (7-2) and Renato “Indio” Valente (8-4).

LFA 116 will take place inside the Dobson Arena in Vail, Colorado. The main card will be available tomorrow night LIVE on UFC FIGHT PASS® at 10 p.m. ET / 7 p.m. PT.

LFA officials implemented strict health codes, safeguards, and Coronavirus (COVID-19) testing protocols throughout the week. In accordance with these guidelines, every athlete competing at LFA 116 has been cleared for competition.

Every fighter, except Dan Argueta, made their contracted weight when they stepped on the scales. Argueta will now forfeit a portion of his purse to his opponent Rodney Mondala. LFA 116 will proceed with thirteen bouts, which includes the middleweight showdown in the main event.