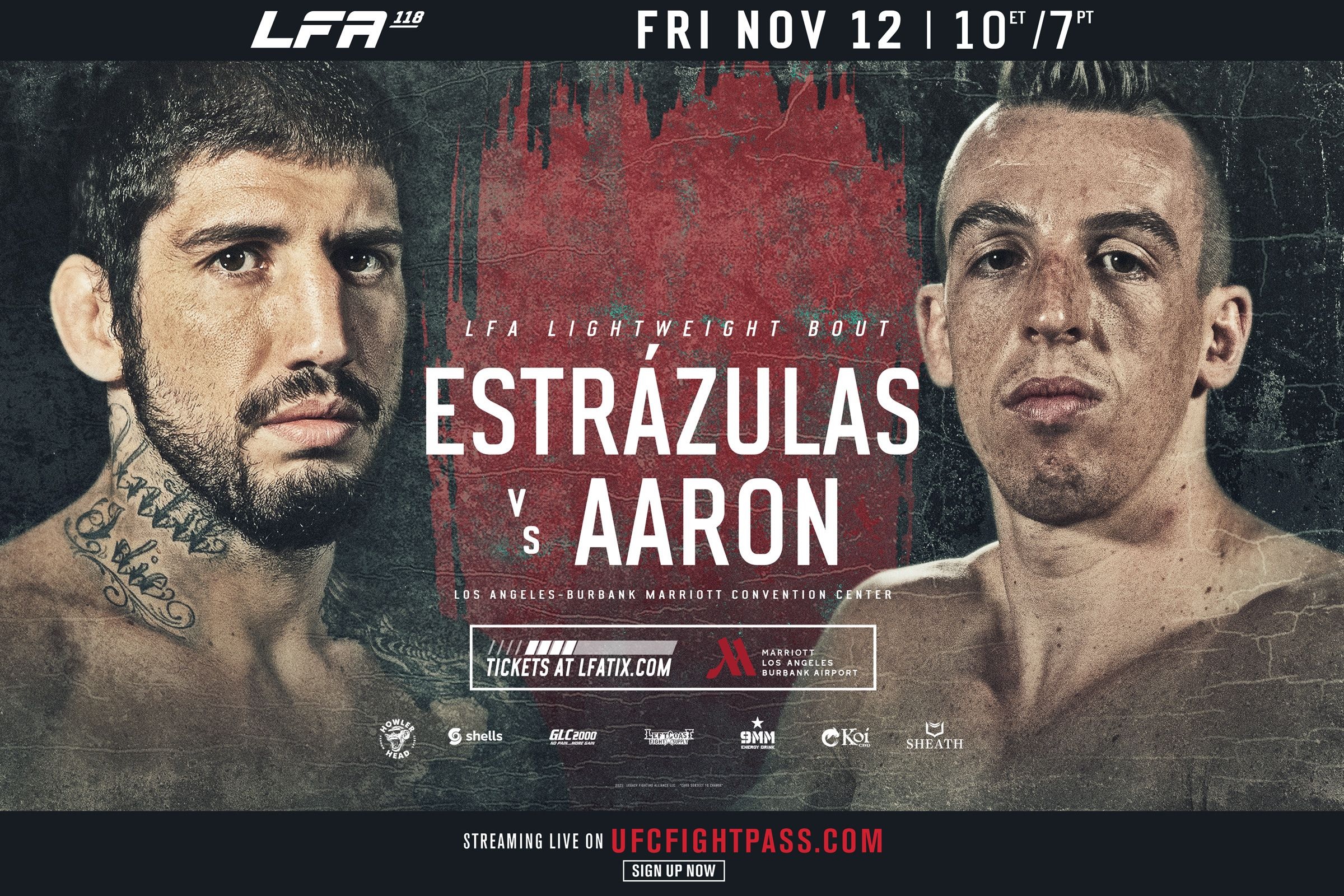 “We are excited to bring the LFA back to southern California,” stated Soares. “Arthur Estrázulas and Tommy Aaron have grown up in our promotion dating back to the RFA days. Estrázulas is coming off an incredible five-round war for the LFA lightweight championship and Aaron submitted a top undefeated prospect in his last LFA appearance. They will give the fight fans of southern California an unforgettable main event at LFA 118.”

Tickets for LFA 118: Estrázulas vs. Aaron are available for purchase through LFATIX.com.

Estrázulas (12-5) is a highly-respected Brazilian fighter that has been a fixture in southern California for several years. The BJJ black belt and GLORY Kickboxing veteran made his promotional debut in the summer of 2016 in the main event of RFA 42. This happened just before RFA merged with Legacy to create LFA. In LFA, Estrázulas has been nearly unstoppable. The 32-year-old began his run in the promotion with back-to-back first round submission wins via Rear Naked Choke against Steve Kozola and Dominic Clark. The wins came in the co-headliners of LFA 69 and LFA 86 and earned him a shot at the title at LFA 97. Estrázulas engaged in an epic title fight with Nick Browne that went to the judge’s score cards. The decision did not go his way, but he has since re-tooled his training for another run at the title.

Aaron (9-5) has literally grown up in the promotion as he made his professional debut all the way back at RFA 33. That night he fought eventual LFA title challenger Jacob Rosales in a “Fight of the Year” nominated fight that became an instant classic on YouTube. The 27-year-old known as “The Spaniard”, who used to call Spain home, would forge a career and reputation reminiscent of his pro debut. That would be the reputation of a fearless fighter that will keep the fans on their feet from bell to bell. One of the people that Aaron kept on his feet was UFC President Dana White in just his second pro fight at RFA 38. Now the consummate crowd-pleaser meets a man who brings an equal amount of excitement to his fights, which will give southern California the fight they have been wanting for years.