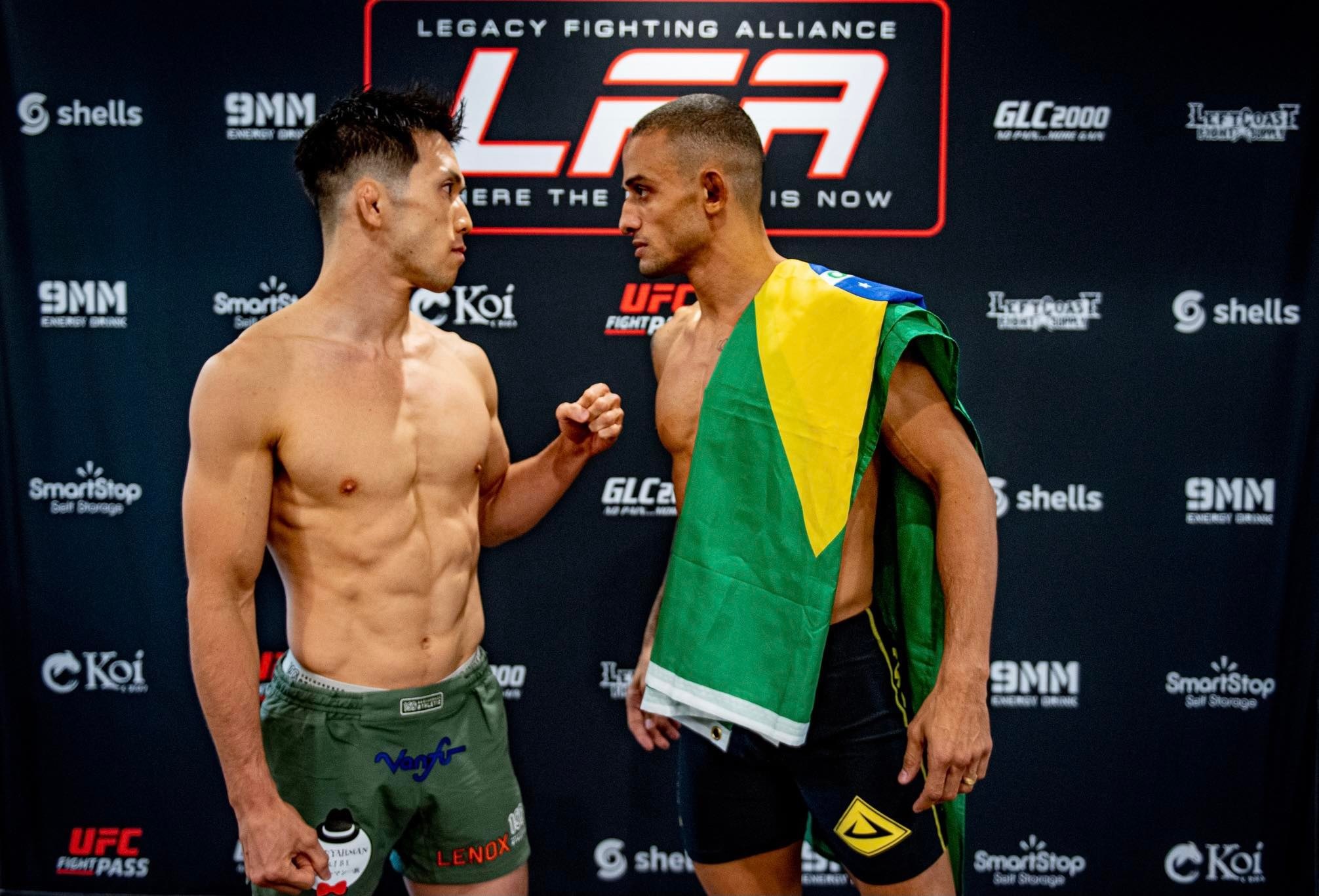 LAS VEGAS, Nevada — On Thursday, November 4th, LFA hosted the weigh-in for LFA 117: Dias vs. Tanaka from the Visalia Marriott in Visalia, California. The main event will feature a bantamweight showdown between international stars Ricardo Dias (10-4) and Michinori Tanaka (13-3).

LFA officials implemented strict health codes, safeguards, and Coronavirus (COVID-19) testing protocols throughout the week. In accordance with these guidelines, one athlete competing at LFA 117 was not cleared for competition.

Every fighter made their contracted weight when they stepped on the scales. LFA 117 will proceed with nine bouts, which includes the bantamweight showdown in the main event.

Tickets are on sale now at VISALIATIX.com.

About VISALIA CONVENTION CENTER:
The Visalia Convention Center offers more than 114,000 square feet of beautiful convention space, offering the best options for event planners of all backgrounds including a convenient location with diverse activities, affordable rates, and extraordinary personal service. In October 2020, the Visalia Convention Center announced that it was awarded the Global Biorisk Advisory Council(R) (GBAC) Star accreditation, the gold standard for prepared facilities. This announcement made the Visalia Convention Center the first convention center in the Central Valley of California to be industry-accredited in outbreak and infectious disease preparation and response. Visit visalia.city/depts/convention_center for more information.