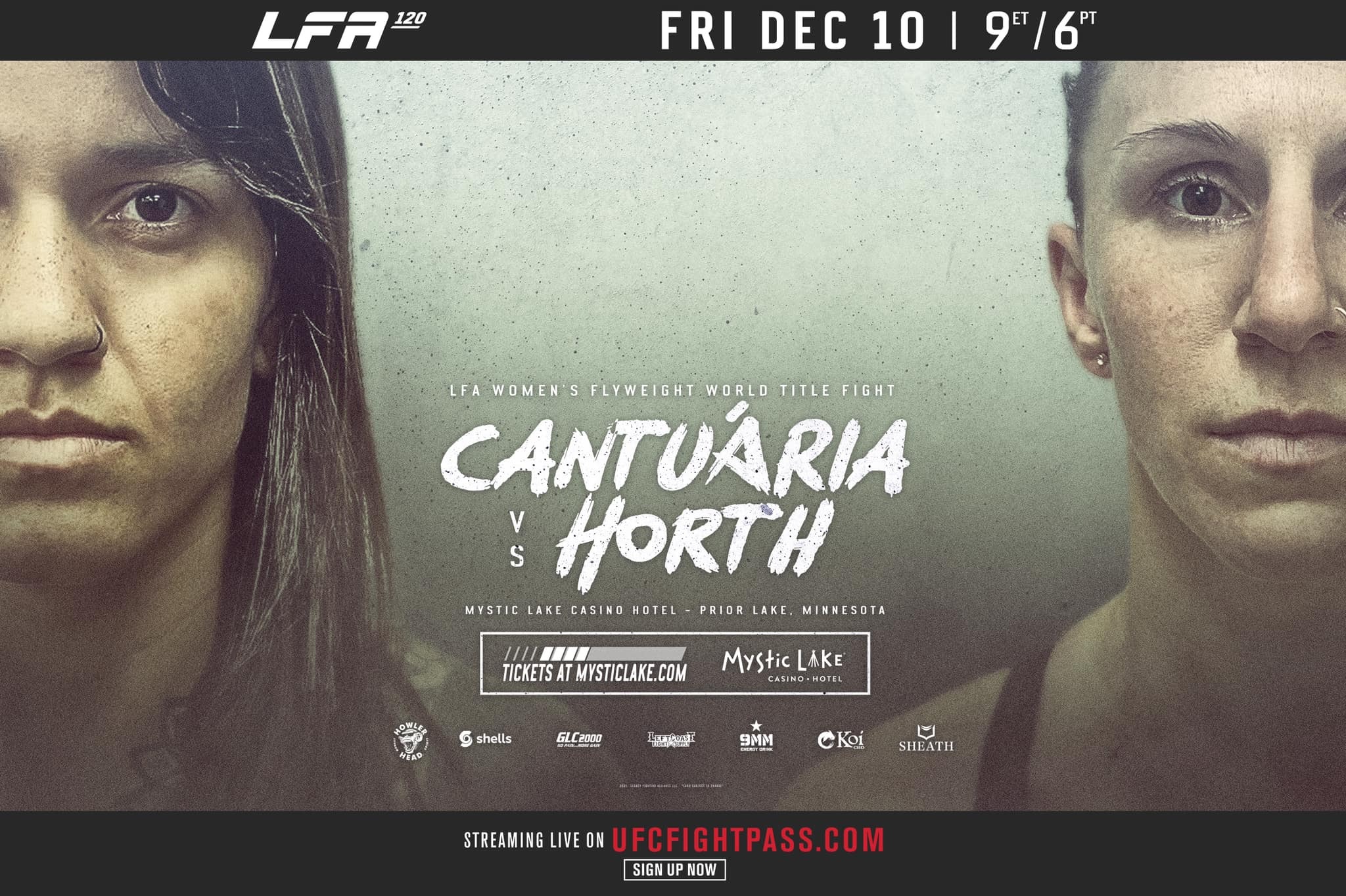 LAS VEGAS, Nevada — LFA CEO Ed Soares announced today that the promotion will conclude its exciting 2021 schedule in the “Land of 10,000 Lakes”. LFA 120 will feature a women’s world title fight when the promotion returns to Minnesota. This will be the fourteenth LFA event to take place in the state.

“We are thrilled to cap off a successful 2021 by bringing the LFA Women’s Flyweight Championship to Minnesota,” stated Soares. “We have crowned six female champions in the LFA and all six went on to compete in the UFC. The flyweight championship has the longest history in our women’s divisions as it was the first title we awarded. Andrea Lee and Sabina Mazo were our first two champions. Mayra Cantuária and Jamey-Lyn Horth will now look to be our next champion at LFA 120!”

Cantuária (9-3) and Horth (4-0) both earned their shot at the vacant LFA women’s flyweight title by winning ten combined fights over the past three years. Their perfect run in that time has taken place internationally as Cantuária picked up six-straight victories in Brazil and Japan, while Horth has run roughshod over the competition in her native Canada. Now the top two flyweight prospects in the world will take their talents stateside for the first time as both women eagerly make their debut on American soil. Cantuária has fought in Chile as well as Brazil and Japan, while Horth has fought exclusively north of the border in Canada. Both women have faced top-tier competition as well. Cantuária has fought top-ranked UFC contender Amanda Lemos in back-to-back headliners, while Horth fought former LFA champion and current UFC star Lupita Godinez twice during their amateur career.