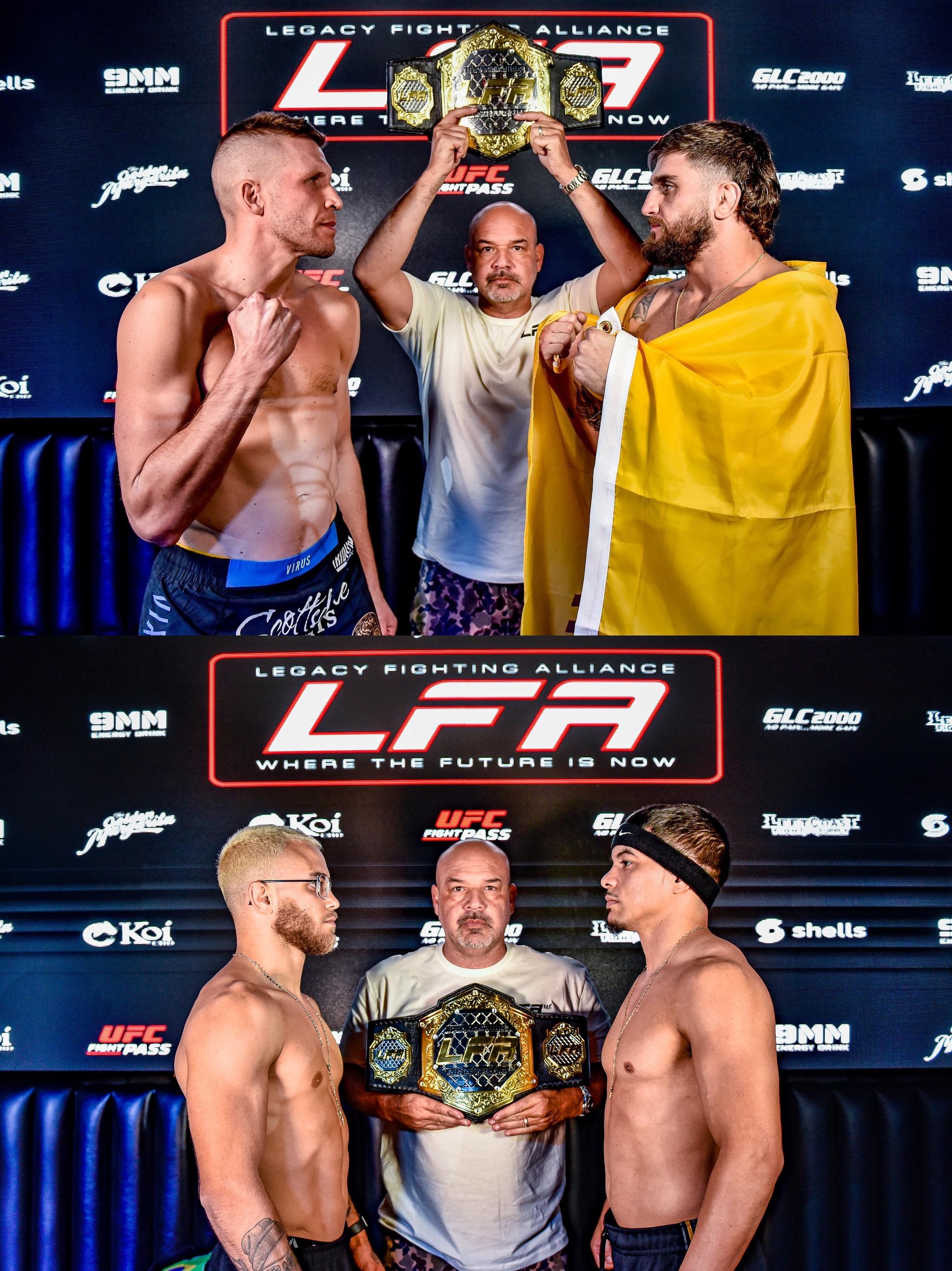 TICKETS ON SALE AT LFATIX.COM

LAS VEGAS, Nevada — On Thursday, December 2nd, LFA hosted the weigh-in for LFA 119: Silveira vs. Revel from The Golden Margarita in Phoenix, Arizona.

LFA 119 will take place inside the Arizona Federal Theatre in Phoenix, Arizona. The main card will be available tomorrow night LIVE on UFC FIGHT PASS® at 10 p.m. ET / 7 p.m. PT.
LFA officials implemented strict health codes, safeguards, and Coronavirus (COVID-19) testing protocols throughout the week. In accordance with these guidelines, every athlete competing at LFA 119 has been cleared for competition.

LFA 119 will proceed with ten bouts, which includes the championship doubleheader at the top of the card.