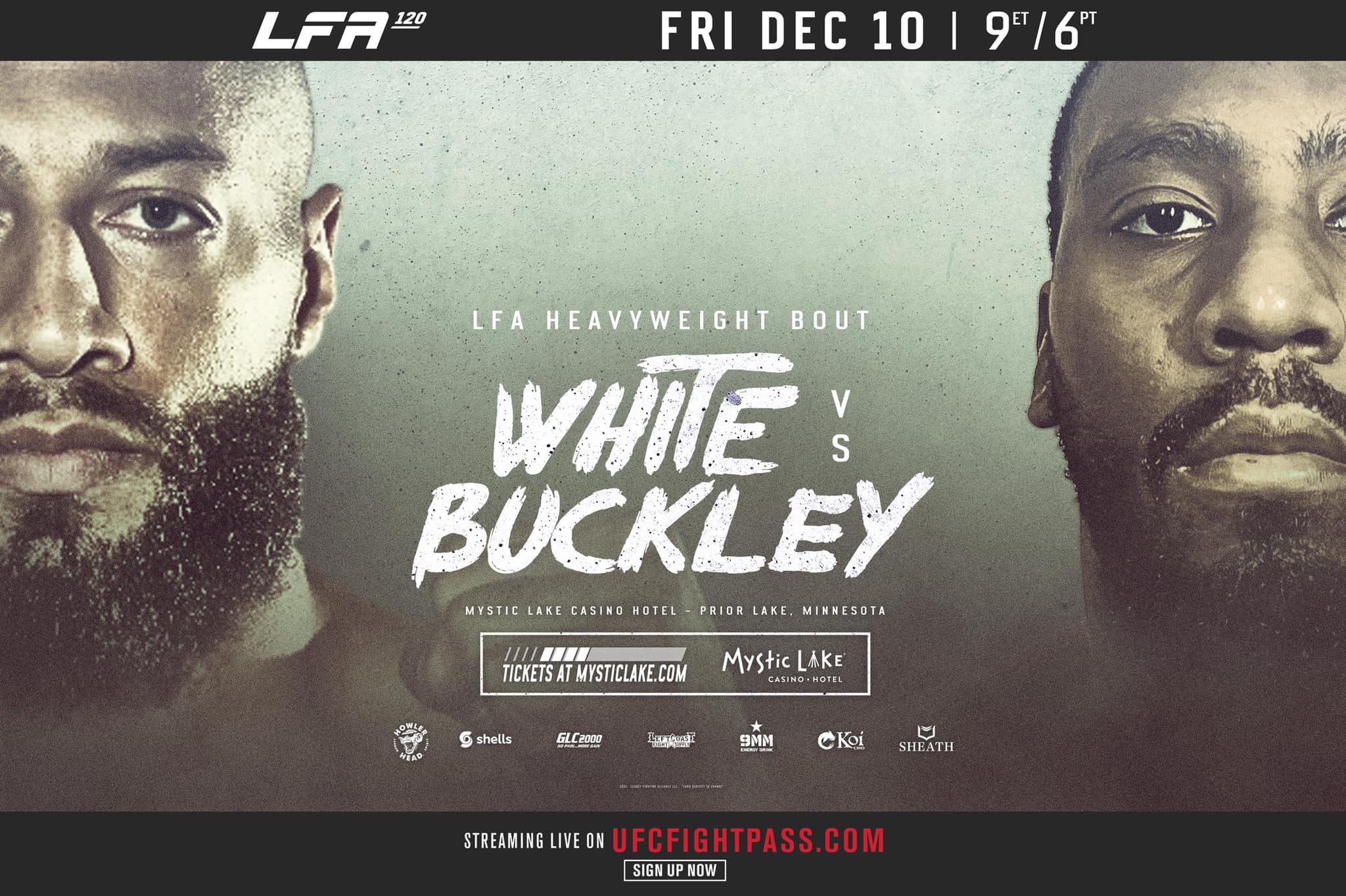 “We are excited to add White vs. Buckley to an already stacked year-end fight card at LFA 120,” stated Soares. “White is a former NBA basketball player that loves MMA. Fight fans have been eagerly awaiting his debut ever since he announced he was going to make the transition to the sport. He will face former college football player Daiqwon Buckley, who will also be making his pro MMA debut at LFA 120.”

Royce White (0-0) will be making his highly-anticipated MMA debut after announcing his intentions of transitioning to the sport nearly three years ago. The Minneapolis native made a name for himself in the sport of basketball, where he was a 2012 NBA first-round draft pick by the Houston Rockets. Prior to playing professional basketball, White played basketball collegiately at Iowa State University and the University of Minnesota.

In early 2019, White released a book titled, “MMA x NBA, A Critique of Modern Sport in America”, and formally made the announcement that he was transitioning to MMA. Later that year, White was the first overall pick in the draft for Ice Cube’s Big3 3-on-3 basketball league.
Now the Minnesotan is fully focused on MMA. The 6’8″, 265-pound powerhouse impressed NBA scouts with his athleticism, unique skill set, and hands. He had the widest hands of any player at the 2012 NBA Draft Combine — 11.5 inches (29.2 cm).

Those same attributes now have MMA pundits buzzing about White’s fighting potential. They will be put to the test against another decorated athlete, who is also making the transition to MMA. That would be former Temple University fullback Daiqwon Buckley (0-0), who made a name for himself at the NCAA Division I football program playing alongside P.J. Walker for head coach Matt Rhule. Walker and Rhule are now the quarterback and head coach for the Carolina Panthers in the NFL.