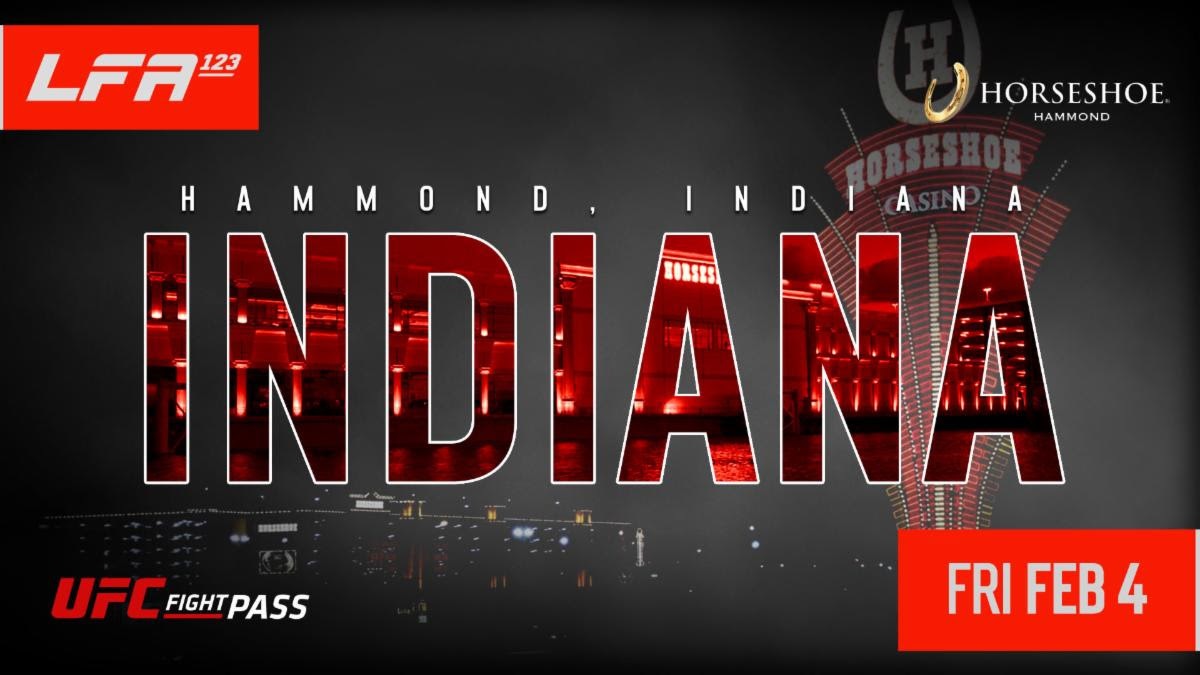 LFA heads to Chicagoland in February at LFA 123

“I’m happy to announce that the LFA will make it’s promotional debut at the Horseshoe Casino in Hammond, Indiana on Friday February 4th” said Bean, who handles venue booking and scheduling for the LFA.

“The Horseshoe Hammond is known as an entertainment hub for the Midwest and specifically the Chicagoland area. I’m excited to bring the LFA production to this world class venue, and showcase the LFA brand to the local MMA fanbase.”

Wanting to ensure the success of the promotion’s first journey to the casino, the LFA acquired the consulting services of regional promotion Hoosier Fight Club.

“I am excited about the opportunity to help introduce the Chicagoland market to the LFA. This will give local HFC fighters the chance to showcase their talents on an international platform. An LFA event is an incredible opportunity for the fighters, fans and coaches,” said Danielle Vale, President, Hoosier Fight Club.

Tickets for LFA 123 will go on sale Monday December 27th at TICKETMASTER.com.