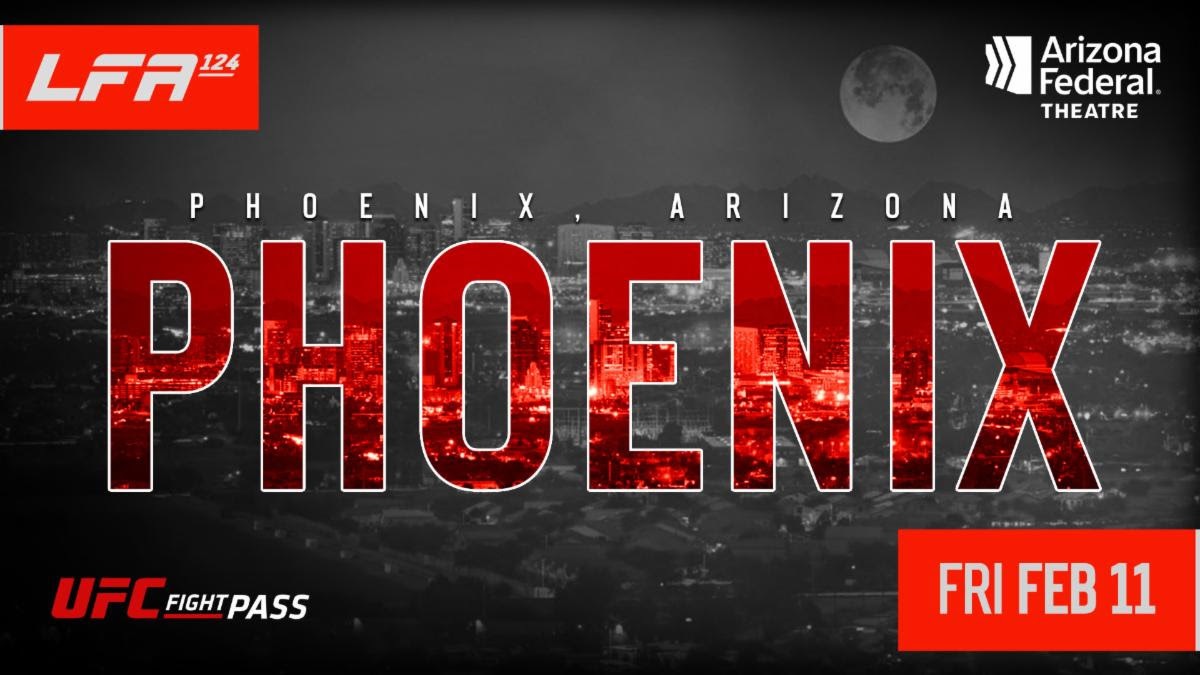 LFA returns to Arizona in February at LFA 124

“I’m happy to announce that the LFA will return to one of our most popular venues, the Arizona Federal Theatre on February ” said Bean, who handles venue booking and scheduling for the LFA.

“We have a long history in Phoenix, which has created great relationships with local partners as well a strong brand awareness in the market. The team at the venue are true professionals, and together we have created a production model that allows us to produce a great broadcast each and every time we go there.”

“Working with LFAM MMA since 2017 has been an absolute pleasure for Live Nation and the Arizona Federal Theatre! Their crew is nothing short of spectacular and professional and the quality of fights they put on are second to none in our market. We look forward every year to the 3-4 events we are able to host, and more than look forward to our continued successful partnership with the entire LFA Team!”

Tickets for LFA 124 will go on sale Friday December 31st at ArizonaFederalTheatre.com.