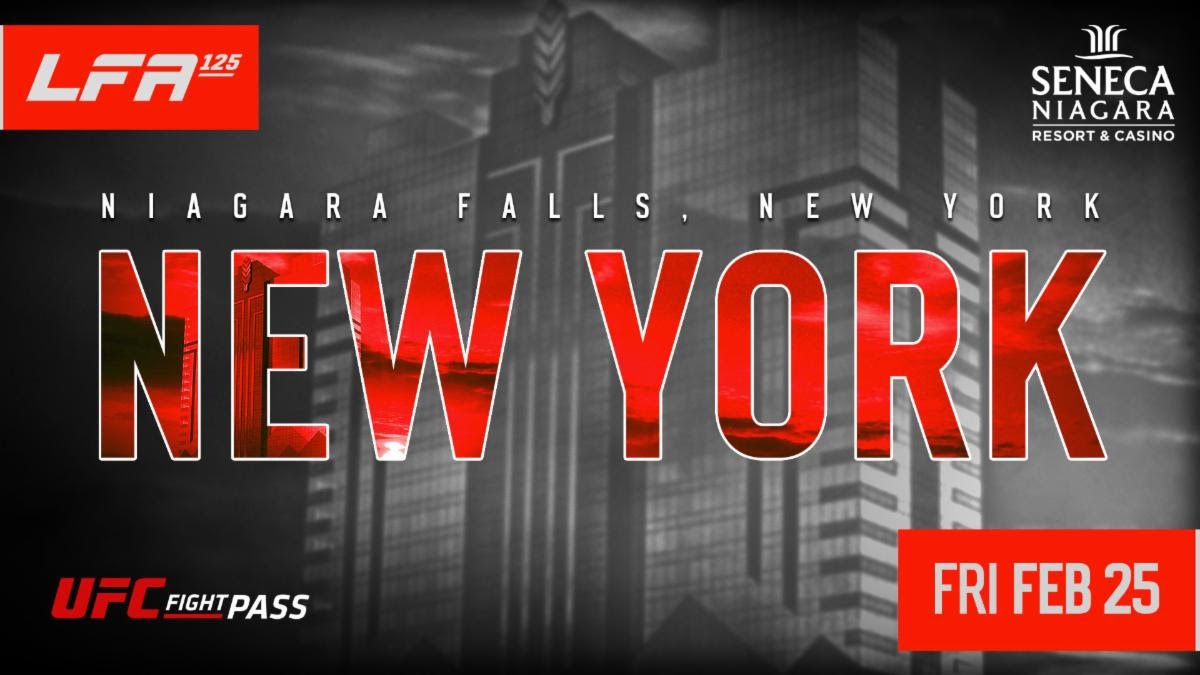 “I’m very happy to announce that the LFA will finally debut in the great state of New York this coming February” said Bean, who handles venue booking and scheduling for the LFA.

“We have signed a multi event, multi year promotional agreement with the Seneca Niagara Resort & Casino, which kicks off on February 25th. I’m so excited to bring our product to New York and to one of the nicest casino properties in North America. I am truly looking forward to working with Christian Printup and the entire Seneca Niagara team to show their fanbase and customers what a live LFA MMA event is all about!”
﻿﻿
Sr. Executive Director of Entertainment & Special Events Christian Printup added:

“We’re thrilled to align with the LFA on a multi-year, multi-event agreement to bring the very best and brightest future stars of MMA to Seneca Resorts & Casinos beginning this coming February. The LFA has proven to be the organization where the sport’s rising stars and future champions of the UFC and Bellator MMA are being developed in North America and they will undoubtedly help take our Seneca Fight Night series of events to the next level.”

LFA 125 will be broadcast live at 6PM PST/9PM EST on UFC FIGHT PASS.

Tickets for LFA 125 are on sale NOW at Ticketmaster.com.