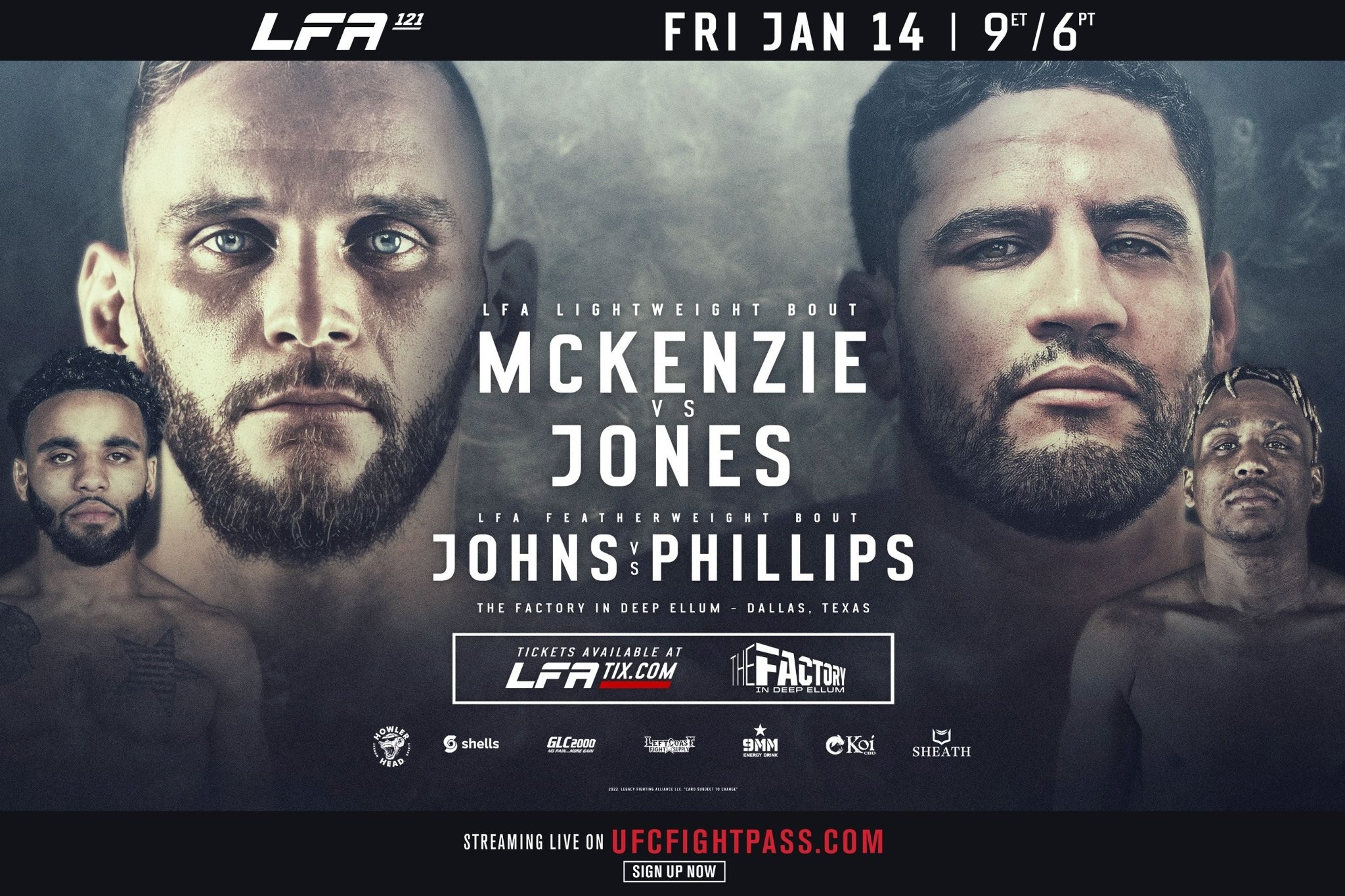 LAS VEGAS, Nevada — LFA CEO Ed Soares announced today that the promotion will kick off its 2022 schedule in Dallas, Texas when the promotion celebrates its 5th anniversary in the city and venue that it began. LFA 121 will be the eleventh LFA event to take place in the City of Dallas. It will also be the twenty-first time that LFA has traveled to “The Lone Star State” of Texas.

“We are excited to kick off 2022 by celebrating the fifth anniversary of LFA,” stated Soares. “LFA 1 was a monumental event as it was the first event after the merger of RFA and Legacy FC. This created the premier developmental organization in Mixed Martial Arts, which has since expanded worldwide with international events and a partnership with UFC FIGHT PASS. It will be fun to return to Dallas at LFA 121 to celebrate everything we have accomplished in the 120 shows we hosted since our inaugural event at The Factory in Deep Ellum. “

Tickets for LFA 121: McKenzie vs. Jones are available for purchase through LFATIX.com.

McKenzie (10-2-1) and Jones (11-5) have been on a collision course for nearly three years as both men have come to LFA after finding success competing for Bellator. After the two standout lightweight prospects fought for the promotion a combined total of eight times, they have now found themselves on opposite sides of an event poster as they will finally square off in the main event of LFA 121. McKenzie is a protégé of BJJ legend and undefeated MMA champion Rafael Lovato Jr. and has been red-hot since signing with LFA in the summer of 2020. He has won all three of his bouts in LFA with a knack for packing his fights full of fan-friendly action. McKenzie will now welcome Jones to the LFA Octagon after years of speculation that they might meet in Bellator. Over the past four years, Jones has competed at a high level picking up three wins in Bellator. He also holds wins over LFA veterans Dominic Clark and Craig Wilkerson in that time.